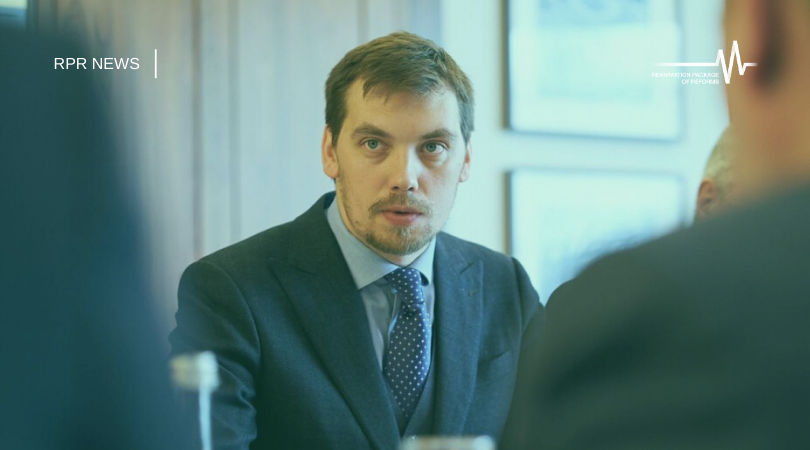 Honcharuk government: the first victories and failures of young reformers

How correct are the announced priorities of the new government led by Honcharuk? Which ministries is the best, and who expects a replacement? Hlib Vyshlinsky, Executive Director of the Center for Economic Strategy, analyzed the work of the government during the first months for the 24 channel.

40 % economic growth over five years is possible under certain conditions

How do you rate the course of the new government of Oleksiy Honcharuk, as well as the draft State Budget 2020?

In fact, this is the budget of the Groysman government with some changes. From the point of view of economic ideology, the previous and current governments are based on the principles of macroeconomic stability and moderate center-right politics.

The state budget is focused on the private, not the public sector. The budget deficit is slightly lower than for 2019. There was no time to fundamentally change everything. But this also speaks of moderation of the government. And the previous government did not leave giant holes.

Honcharuk announces a 40% economic growth in five years. Is this possible given the priorities set by the government?

It is possible to achieve 40% economic growth in five years. But you need to do really radical things in economic policy and the field of justice. In economic policy – this is the opening of the land market according to the most liberal model so that more foreign investments enter Ukraine. The rapid privatization of large state-owned enterprises in order to attract large investments.

In parallel, the changes should be made in the field of justice. Prevention of the return of “Privatbank” or payment of compensation to its former owners, which is a prerequisite for a program of cooperation with the IMF. And the destruction of key corruption raiding schemes that impede investment. Without regard to political compromises or expediency. Under these conditions, 5-7% annual growth is possible. Otherwise, we will smolder with 3% of GDP. And the hopes of Ukrainian voters are gradually dissipating.

Cabinet calls itself the government of technocrats. They are criticized, accusing officials of being politicians. Do you see this technocratic at their work? Are the technocrats needed to carry out announced reforms?

In Ukraine, a political government is impossible. We either have technocrats or embezzlers. When we talk about the government of technocrats, this does not mean that they do not have state policy. Technocrats should have a clear expert vision of what the policies in this area will be. If the Minister of Education – then it is necessary to increase or decrease funding for higher, secondary, pre-school education. Ministry of Economy – to sell land or not to foreigners, to strengthen or not the regulation of sectors. In developed democracies, the government has positions that are part of the party platform. But in Ukraine, these are mixed concepts.

Ministries of Economics and Finance have weaknesses, but they are effective

The Ministry of Economic Development, Trade and Agriculture are one of the leaders in terms of the volume of work performed. Despite the complications. Firstly, the large scale responsibility of the ministry itself. Secondly, the accession of the former agrarian ministry. As a result, the Ministry of Economics was able to formulate its bill on the circulation of agricultural land, to find a compromise. In addition, much has been done towards the privatization of state enterprises.

The weak point of the ministry – the land bill had to be adopted in turbo mode and not allowed to politicize this issue. Now there are interested parties who want to preserve the “gray” and “black” schemes in the agricultural sector. They are trying to drag out the process. The second is insufficient communication. The public perception of the ministry is weaker than it should be.

What about the ministry of finance? They said that the leader Oksana Markarova, who remained from the previous government, was given time until the end of the year to show herself?

In classical political governments, the Minister of Finance is often key in realizing the vision of the winning party’s economic policies. At our situation, the Ministry of Finance protects hard-won macroeconomic stability.

The main tasks are improving tax administration and customs. After all, the main problem of economic development is not tax rates, but their administration. The same goes for customs. Ukrainian companies could receive more benefits within the free trade zone with the EU. But these opportunities are not used because of the inability to transport our goods quickly through customs. Not to mention smuggling, unequal game rules for importers.

Work on the state budget is professional. Markarova managed to maintain working relations with various political forces amid a dramatic change in the political elite. This led to the fact that all the money is enough in the conditions of not the strongest economy.

Is it possible to replace Markarova?

Maintaining macroeconomic stability is a prerequisite for any growth. It is better to give Markarova the opportunity to take a clear position on tax and budget policy. The Ministry of Finance team is not a weak link compared to others. This is a professional ministry.

The Ministry of Infrastructure spoke loudly about itself, new projects, encouraged investors … Minister Kryklii will be able to bring this to life?

Infrastructure means long-term projects. It is difficult to give an assessment now. It is necessary to take into account certain evaluation criteria. This is the destruction of corruption schemes in state enterprises. Privatization and concession processes for assets that can be more efficiently managed by the private sector.

The main thing should be to use the opportunities that the EBRD and the European Investment Bank give us. There is no cheap capital in Ukraine. Unlike Poland, Slovakia there are no subsidies from the EU, due to which the infrastructure was built in Poland. Our only way is to take cheap loans from the EBRD and the European Investment Bank for the development of infrastructure and quickly develop them.

And how are things going at the Ministry of Education?

The ministry’s program is one of the best. There is a clear link with labor market needs. Change the education system to meet the needs of the labor market and the economy as a whole. We are not just an educational system that works to make a certain number of students. The question is: why do we study them? There is good synergy with the Ministry of Economy on supply and demand.

What about the Ministry of Health?

The situation with the Ministry of Health is more complicated. There is a question – was it worth changing the team so much? Everyone said: the reform is correct, but those who invented and introduced it must be changed. This dissonance continued after new appointments. The leader Zoriana Skaletska instead of smoothing it and continuing the implementation of reforms took personnel steps that led to the conflict. The ministry is weak, and the minister is a contender for replacement.

We did not hear substantive arguments about the merging of these two ministries. There are obvious risks. There is a large part of the so-called dirty energy – coal thermal power stations and coal mining. This is contrary to the direct objectives of the Ministry of Ecology. A compromise is needed. But it could be the other way around. The weak environmental part can be “pecked”. It will not be heard. A full-fledged minister would have submitted and defended his position on reducing environmental pollution.

About the results – it should be said about long projects. But there is a difficult winter period that the energy system must go through in the conditions of a strong enemy – Russia, which is interested to create problems for us and exert pressure due to energy supplies. We will see the level of tactical leadership in the spring.

As for the large projects for the development of the energy system, gas transmission system – what we received from the previous government in managing this sector cannot be degraded. The energy part of the Groisman government was weak.

And the Ministry of Justice?

The Ministry of Justice is one of the key ministries. But will there be enough strength to destroy the raider schemes, which are implemented almost with the assistance of the previous leadership? There is a lot of money and interests behind this, a lot of effort and courage is needed to overcome this. Therefore, we will not achieve 5-7% of economic growth.

What about the Ministry of Culture, Youth, and Sports of Ukraine?

The formation of a single cultural and information field of the country is a good strategic priority. From an economic point of view, too. Ukraine lacks a strong brand, clear perception. What are the strengths of Ukraine that are interesting to the world?

Honcharuk is a politician, not a technocrat

To what extent is Honcharuk the leader and effective prime minister?

There are issues of systematic management, government productivity. How many correct decisions the Cabinet of Ministers is able to issue for a month of work. And the performance is not perfect. At a certain stage, this can be attributed to the beginning of work.

There is a destruction of the mechanisms that were under the previous government. But a person with the correct principles and ideology is better than an ideal leader who has no principles.

What do you think of Honcharuk?

The question is how much Honcharuk will be ready to make bad compromises. He calls the Cabinet of Ministers a government of technocrats. But he is, in fact, a politician. Honcharuk led the political party (“The Power of People” – 24 Channel). A person who is internally a technocrat, and not fighting in intra-party competition for the post of chairman. This means that he sees himself as a politician. Then you need to take a clear political position. And not just being part of a team of some surname.

When can you evaluate the activities of the government as a whole?

Somewhere in the spring of 2020. Winter is a kind of test. For half a year of full-fledged work, there will be no reason to say that they didn’t understand something.