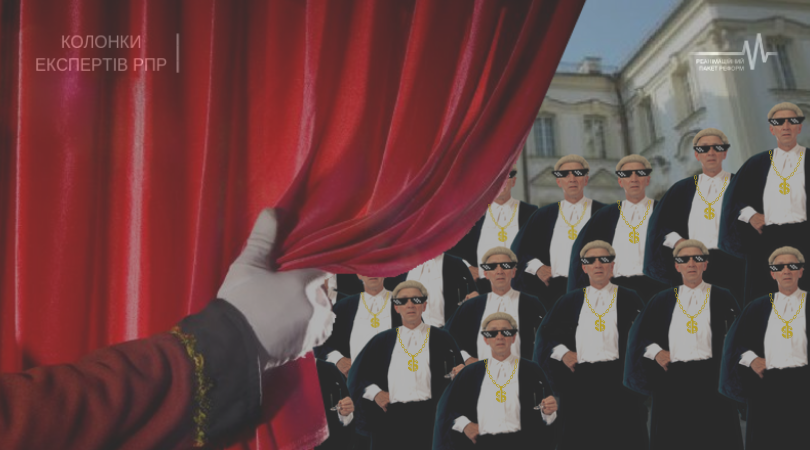 Yesterday, the competition to the Supreme Court continued. Another 78 supreme judges were elected, and the committee members were keen to do this before the presidential election.

Unfortunately, this competition is not only lightning fast, but also takes place in the shadow of another important process – creation of the Anti-Corruption Court, which receives much more attention. However, SC establishment is no less important. Because this is the Supreme Court that will be the final authority in all trials, including top-level corruption cases.

Perhaps the lack of attention, or perhaps something else has prompted the High Qualification Commission of Judges to once again violate the law in order not to consider the facts expressed in the conclusions by the Public Integrity Council.

This is spiced up by the fact that the first conclusion that the HQCJ decided to leave without consideration was the one on a member of another important judicial body – the Supreme Council for Justice, Natalia Volkovytska. Instead of examining in detail how Mrs. Volkovytska, while holding her office, for example, managed to cover many Maidan judges as well as her role in the infamous scheme of the manual distribution of cases of Tatkov-Yemelianov in the Supreme Economic Court, the HQCJ simply decided … to leave this conclusion without consideration. The reason behind this is also very interesting: it was sent at 1:18 am rather than by midnight, as the HQCJ wanted.

The HQCJ has already repeatedly hampered the Public Integrity Council in its activities – both effectively removing the public from the judges’ qualification assessment and in the process of forming the PIC itself.

This time, we, as well as the HQCJ head Serhii Koziakov, were cautiously optimistic about the competition despite the fact that there were many problems. Unfortunately, after today’s developments, there is less optimism left. And there is less and less faith in the fact that “judges elected by judges” that constitute the majority of the HQCJ are capable of raising confidence in the judiciary.

Mykhailo Zhernakov for the Ukrainska Pravda