Reanimation package of reforms > News > Columns > Future of the Healthcare reform: nothing but a fight! 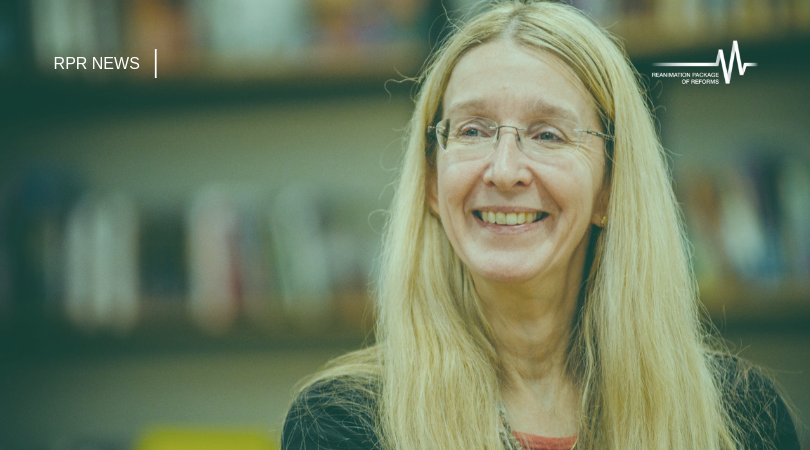 Future of the Healthcare reform: nothing but a fight!

We should stop talking about a successful healthcare reform as long as most hospitals in our country are reminiscent of the creepy pictures from the past, and patients and doctors feel abandoned and humiliated by a system that has long been declared incompetent in developed countries. I can list many other problems of Ukrainian healthcare system, which will take several decades to solve. And although Ukraine has been independent for as long as 28 years, we only started reform a few years ago. Unfortunately, there is almost nothing to show off. While the world is moving forward at lightspeed (and we need to catch up with it), we are still too weak in making effective decisions, but are extremely active in populism.

One of the key elements of the healthcare reform was the creation of eHealth system, without which it is impossible to ensure transparency of funding and meet the current needs of both healthcare facilities and physicians and patients. This is Ukraine’s eHealth example that I want to use to tell you how the system resists change, and NGOs remain the sole driver of public interests in this case.

In fact, if we have a look at our situation from the sidelines, we will get the impression that nothing extraordinary is happening – society, represented by NGOs is fighting for new perfections and quality transformations. The old Europe followed the same path, which, of course, is not perfect, but still remains a benchmark for us.

Back to eHealth. I would like to point out that this is just an abstract name, as there is no eHealth in Ukraine yet. There are some elements thereof, moreover, they operate quite poorly. It’s like referring to a single brick as a house. That is why the Ukrainian eHealth is still a simulacrum, a bunch of individual bricks which you cannot even use to build a wall, let alone a house which will be convenient and safe.

Ukrainian style eHealth is just a set of functional elements allowing you to sign a declaration with your primary care physician. And even this seemingly simple product has a bunch of flaws. We have repeatedly raised these issues pointing out problems to the Ministry of Health, National Health Service of Ukraine, SE “E-Health”. We have recently raised the issue of information duplication in eHealth, which was due to incorrect selection of patient identification tools. Another glaring example is the Gogol’s story about dead souls. If Nikolai Gogol lived today, it is likely that he would dedicate his famous work to eHealth. Until recently, almost every primary care physician had several active declarations with deceased patients for whom they received remuneration.

The government agencies began to solve the aforementioned problems only now. For example, according to information provided by the National Health Service of Ukraine, the declarations of deceased patients are deactivated on the last business week of each month. Verification is carried out on the basis of data obtained from the State Register of Civil Status Acts (SRCSA). Due to the involvement of other public registers in this process, the deceased patients’ declarations are sometimes deactivated with certain errors. For example, there are cases of deactivation of a living patient’s declaration. And this is the problem that needs to be addressed. As for duplication of information in eHealth, for example, nearly half a million records were detected and deactivated in April this year, which of course requires recalculation of contractual payments.

But here we have an obvious question – how do we check the above eHealth parameters? How can the public find out how much taxpayers’ money goes down the drain due to the lack of a clear e-health algorithm in Ukraine? Unfortunately, we cannot. The system does not provide for a mechanism for monitoring these indicators, especially for NGOs. It is a kind of an anti-transparent mechanism without the possibility of verification. Couldn’t everything have been done right at the very beginning without doing extra work later? The question is rather rhetorical. There are two effective mechanisms that should have been adopted right away:

Why didn’t our leaders use this method, which is applied in other countries? Paraphrasing a famous quote, it is safe to say that when a Ukrainian wheel is reinvented, you have to look for the person who benefits from it. And I believe that there are two key reasons here:

I have mentioned substantial flaws at the central eHealth component level. On the top of that, we have medical information systems (MIS) which can simply disappear because of the ill-fated policy of the state (any experiments by the state result in additional development for the MISs). Isn’t it clear that you need to think through all the processes at the design stage, rather than just adding a declaration as an end in itself?

Of course, we can find a bunch of excuses for why we have this situation with eHealth. It seems to me that the only thing our politicians have learned well is to seek explanations as to why they failed despite the fact that they had all the resources they needed, including substantial international assistance and experience (WHO, USAID, CDC, World Bank, GIZ, EDGE, The Global Fund, SMIS International, Abt Associates, Deloitte, Ernst & Young, CIVITTA).

The main problem of eHealth in Ukraine is the lack of a strategy for its development. It is an important document that should be adopted by the state and elaborated over the years by all agencies under any government, since it can take up to 10 years to create a complete eHealth system. It is because of the lack of a strategy that clearly stipulates the stages of eHealth development that we have been moving forward very slowly over the last three years, ineffectively using existing resources, including human resources.

I want the public to realize that even those small steps in creating eHealth have largely been made under the pressure of our NGO Healthcare Platform. And my words are by no means wishful thinking. For the third year in a row, our team and I have been consistently fighting for the establishing and approving the National eHealth Development Strategy. Our experts have filed dozens of appeals to various government agencies, requesting clarification on a particular process. We have brought in Ukrainian and international experts from Lithuania, Estonia, the United Kingdom, and the Republic of Kazakhstan to help us identify the shortcomings of the system and provide recommendations for their elimination.

As a result, all stakeholders were divided by the principle of unquestioned support or even minimal criticism into “friends” and “foes” respectively. Under such circumstances, of course, the process transparency was out of the question.

At the moment, we insist that the current state of the electronic healthcare system requires independent expert evaluation taking into account the interests of participants and consumers of this product, namely patients, doctors, businesspeople, the state, special labor, donor organizations, academia and representatives of medical education of Ukraine. In this matter, as in many others, the state must demonstrate its openness and transparency. It is necessary to engage representatives of professional non-governmental organizations that protect the interests of patients, physicians and businesses. It is this coordination that will finally help develop an eHealth development strategy for Ukraine and begin the hard work of creating a fully fledged eHealth system. It is important to provide patients with secure access to their electronic health records as soon as possible, with access control for other participants (primarily physicians). Doctors will also be able to access a patient’s electronic health records to access patient’s healthcare information.

The Future MoH Head – A Single Step From Victory to Fiasco

Finally, a few words about the future minister regardless of personalities. Whoever becomes the head of the Ministry of Health should be a politician rather than a “technical” minister. The politician is the one who will accept the request of the society and take responsibility for both success and failure. To fulfill the technical tasks, the minister will have deputies, each of whom will focus on his or her line of work.

The problem faced by former ministers was that they lacked full support. Few people know about this, but many quality changes in the healthcare system were laid down by Minister Kvitashvili. But he proved to be an ineffective politician who failed to defend the reforms. Moreover, he had neither the support of the prime minister nor president, nor the public. Ms. Suprun’s situation is quite different. She has become one of Ukraine’s most popular ministers and has been supported by the prime minister since the very beginning. Then why can’t Uliana Suprun be referred to as a successful minister? Because it’s not enough, either. Support is needed on the part of the President and the Verkhovna Rada. It’s like a stool that needs four legs, while Ms. Suprun had only two supports she could count on. Therefore, changes in healthcare remain unsustainable.

Obviously, Uliana Suprun’s successor will face a unique situation – they will have full support from the President, the Prime Minister, the Verkhovna Rada, and the public. This is a vote of confidence and it would be foolish not to take advantage of this for the sake of quality transformation.