Reanimation package of reforms > News > Events > Financing of the Cultural Sphere Must Be Enshrined in Legislation, Experts Say 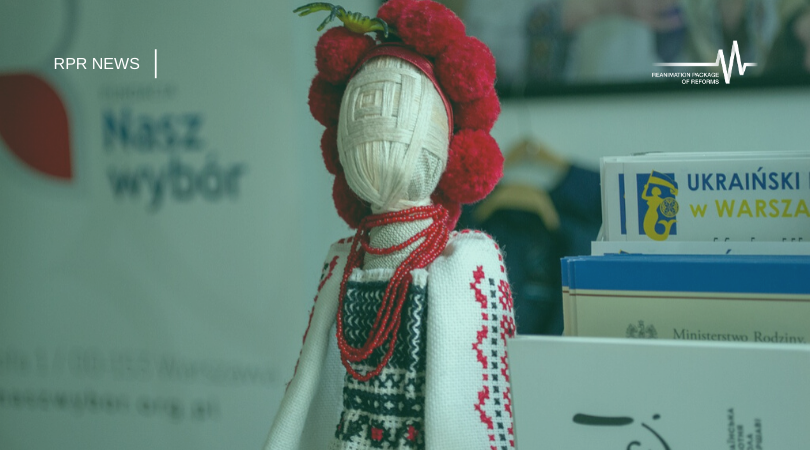 Financing of the Cultural Sphere Must Be Enshrined in Legislation, Experts Say

Why is state support for the cultural sphere extremely important, especially in quarantine conditions? How should culture be sustained and developed in the regions? What is the current situation with the printing of Ukrainian books? This was discussed by the participants of the online event “Regional Discussion of Reforms: On the Road to Vilnius” on the topic of culture organized by the Reanimation Reform Package on April 30.

Culture is the fourth element of sustainable development. According to the 2013 Hangzhou Declaration, governments of all States have pledged to include culture in all spheres of development. Natalia Kryvda, co-author of the draft of the analytical brief “Culture”, professor of the Department of Ukrainian Philosophy and Culture of Taras Shevchenko National University of Kyiv, drew attention to this.

“Culture is not a slacker, it is economically attractive. And the consumption of a cultural product depends on the values of the population,” she said.

Recommendations regarding priority actions for 2020 – 2021:

The development of culture is a step of the State towards a way out of its colonial past, says Mykola Knyazhytskyi, a member of the Verkhovna Rada Committee on Humanitarian and Information Policy.

A representative of the National Institute for Strategic Studies, Oleksii Valevsky, suggested introducing a separate subvention to support cultural development in the regions.

“It will rid small populations of the phenomenon of cultural poverty,” Valevsky said.

His other proposal is to determine at the legislative level a specific share of local budgets for cultural development. The expert has also noted the absence of by-laws regulating the norm of the budget code on an exemption from payment of VAT when creating cultural products.

The importance of supporting the organizers of art festivals in quarantine conditions was mentioned by the manager of the Yelovytsky Cultural Center Yurii Matevoshchuk. After all, these events are unlikely to happen this year, so their organizers may not “survive”.

“Most EU countries have allocated money to support writers, musicians and actors who are now out of work. After all, almost all of their online concerts are free,” says Matevoschuk.

He also drew attention to the need to support cultural activities in the regions.

“If you do not create networks of cultural hubs in small cities, then their population will become hostage to television,” – concluded the artist.

Due to the lack of sustainability of the cultural policy of the state, the leaders of this sphere are forced to adapt to new conditions every time, says the executive director of the Ukrainian Cultural Fund Yulia Fediv.

“The UCF spends a lot of time adapting the documents to the new names of cultural ministries,” she says.

Fediv drew attention to the problems in the dialogue on cultural policy not only between the public and the State but also between the state bodies themselves.

“The Ministry of Finance, when forming the budget of the country, does not take into account all the proposals of the ministry, which is responsible for the cultural sphere,” – said the Executive Director of the UCF.

Director-General of the Folio Publishing House Oleksandr Krasovytsky emphasized the problems of the Ukrainian book market: the volume of book printing fell by 63%. And in 2019, part of the Ukrainian Book program funds was not redistributed for the purchase of books for libraries but was taken away by the Ministry of Culture.

“Why do we need 15,000 libraries if no books are bought for them? People will just stop going there,” Krasovytsky said.

He drew attention to the imbalance of Ukrainian and Russian books at the domestic level.

“Licensing of Russian books is 30,000 a year, while Ukrainian publishing houses produce only 6,000 books a year,” Folio’s CEO said.

Read also: “Regional Discussion of Reforms: On the Road to Vilnius” on the topic of electoral reform organized by the RPR Coalition on April 23