Reanimation package of reforms > News > Eyes Front 2020: When Can Ukraine Make a Transition to NATO Standards? 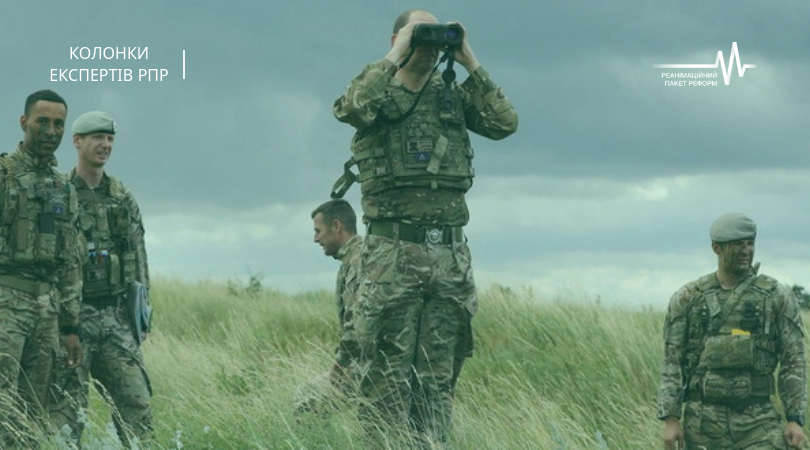 Eyes Front 2020: When Can Ukraine Make a Transition to NATO Standards?

In 2015, Ukraine announced an ambitious goal which was included in all strategic defense documents of the state – transition to NATO standards by 2020.

And though the deadline was extended a bit later (for example, the Annual National Program for Cooperation with NATO states 2024), 2020 target still remains. In particular, President Volodymyr Zelenskyi has already announced that the introduction of NATO standards and procedures in the Armed Forces of Ukraine should begin in 2020.

Instead, no systematic record and evaluation of the implementation of this goal has been made in Ukraine.

The phrase “NATO standards” has become a political metaphor.

As a result, Defense Minister Stepan Poltorak argued that Ukraine had introduced NATO standards by 90%, while the ex-head of Ukraine’s mission to NATO, Vadym Prystaiko cited much lower figures – about 200 out of 1300 standards.

Changes made at own discretion

Standardization and interoperability of the armies of NATO member states forms the basis of the Alliance’s security, as defined in the 2010 NATO Strategic Concept.

Despite the fact that NATO’s standardization policy does not open the doors to membership, more than 70 countries of the world have exhibited interest in this policy in recent years.

The goal of implementing NATO standards is to ensure maximum interoperability of the Ukrainian Armed Forces with the armed forces of the Alliance, which is one of the most effective ways to increase the level of defense of the whole country.

It is no coincidence that the task of implementing NATO standards was faced by Ukraine back in 1997, after the signing of the Charter on a Distinctive Partnership.

Implementation of NATO standards in Ukraine is supported by the Alliance through the NATO Trust Fund for the reform of the logistics and standardization systems of the Armed Forces of Ukraine, as well as by the Annual National Programs under the auspices of the NATO-Ukraine Commission, the NATO-Ukraine Roadmap for Defense-Technical Cooperation and partnership objectives.

NATO’s standards system is integrated into a complex system of regulatory documents relating to standardization.

A total of 1,200 agreements and standardization recommendations can be found in the NATO Standards Database. At the same time, every three years, the NATO standards are reviewed by the Alliance itself – some standards are added, others are invalidated.

It is also worthwhile to distinguish between standards, that is, the system of regulatory documents and NATO practices: in the Ukrainian political discourse, both are often referred to as the standards.

For example, a civilian defense minister and parliamentary control over intelligence agencies are not regulatory standards – they are rather practices that are not reflected in the Standardization Agreements, but are common to most NATO member states.

Similarly, joint exercise cannot be considered a transition to NATO standards. They just show what other standards need to be implemented by the partner country to achieve interoperability.

It is important to understand that the transition to NATO standards does not open the way to membership for the country – it is a voluntary step of the state.

Moreover, no member state of the Alliance has implemented all NATO standards, and some states have implemented a mere 25% of the total number of regulatory documents.

What has been done and what has not?

The main source for determining which standards are going to be adopted by Ukraine is the so-called Partnership Objectives Package (PO).

Formally, the partnership objective is defined as follows: this is a defense planning objective that seeks to achieve the interoperability of partner countries with NATO forces and facilities – in other words, the achievement of interoperability between partners.

Partnership objectives are defined jointly by NATO and the partner country every two years. In May 2018, Ukraine and NATO approved 42 POs for 2018-2020.

According to them, 219 NATO standards are to be elaborated in 2018-2020 (let us emphasize it’s work to decide on the feasibility of their implementation, rather than the actual implementation).

The Ukrainian Defense Ministry notes that Ukraine (as well as other NATO member states) does not need absolutely all standards (one of the simplest examples is the absence of nuclear weapons in Ukraine, therefore, Ukraine is not interested in the standards in this area), and some standards, according to the Ukrainian side and NATO experts, are even better in Ukraine, for example, the standard for drinking water quality requirements.

In total, 196 NATO standards have been implemented in Ukraine.

Of these, 59 were implemented within the POs. The fact is that certain standards are provided or requested by Ukraine in view of the emergence of a current need that is not foreseen by the Partnership Objectives.

For example, at present, Ukraine is considering 120 standards related to the ammunition safety. The request for the transfer of these standards arose after the blast in the warehouses of the Ministry of Defense in the Chernihiv Region in October 2018.

Currently, there is no register in Ukraine on how many NATO standards are under consideration or are to be implemented – we can only say how many standards have already been implemented.

If we compare the achievements of Ukraine with the relevant indicators of NATO member states, especially those of Eastern European countries that have joined relatively recently and which Ukraine sees as an example for itself, it becomes clear that Ukraine is already exhibiting quite decent progress. In particular, Ukraine has implemented even more standards than Montenegro did (99), which became a NATO member in 2017.

In practice, this means a whole series of changes for the Ukrainian Armed Forces – from the tactical (in terms of material standards) to strategic ones at the level of the brigade or higher.

Specific examples which are understandable for non-military persons is the change in the weight of bulletproof vest and the distribution of ammunition among soldiers, the introduction of NATO military glossary, the adoption of the NATO cartographic symbols standard, codification of armaments, so that Ukrainian producers in the defense industry can take part in bids for NATO member states.

– Senior officials in Ukraine should refrain from politicization of the issue of transition to NATO standards and avoid statements of “full transition to NATO standards”. Such statements are technically unjustified and politically harmful. They do not add any points to Ukraine in the eyes of the Alliance and are perceived more as a PR stunt than serious partnership commitments.

– Ukraine should develop a clear and transparent mechanism to monitor the process of developing and implementing NATO standards, with realistic and achievable goals in the short and medium term. A long-awaited step in this direction was adoption of the law “On Amendments to Certain Laws of Ukraine Regarding Military Standards” this June.

– Ukraine must ensure an adequate level of English language competence among the military officials who are directly involved in the study and implementation of NATO standards and participate in the NATO-Ukraine working groups. The study of English and fluency at the level of international communication for the military should be considered a priority rather than an unnecessary additional burden.

– Ukraine and NATO should publicly cover the process of implementing NATO standards – the way Ukraine and the EU currently asses the implementation of the Association Agreement – and implement it on the basis of qualitative indicators.

This will allow the Ukrainian civil society to have more influence on the authorities and to control the quality of standards implementation.

At present, this process is not transparent, which makes it impossible to ensure high-quality monitoring.

– The NATO Trust Fund for the reform of the logistics and standardization systems of the Ukrainian Armed Forces had the largest budget of all the existing NATO Trust Funds for Ukraine. However, by the end of 2018, it was funded by a mere 34% (unlike other Trust Funds that were fully funded or even funded by more than 100%).

NATO should extend the operation of this Trust Fund and encourage member states to co-finance it.