Reanimation package of reforms > News > Events > Experts: Public Television Should Make Money on Content Rather Than Being State Funded 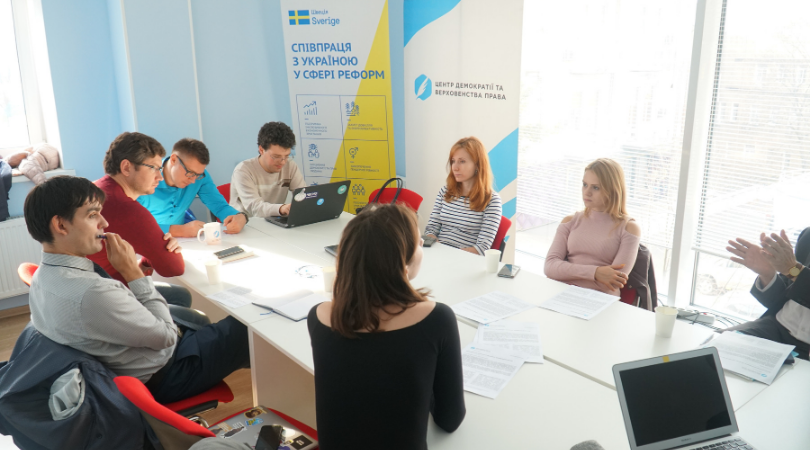 Experts: Public Television Should Make Money on Content Rather Than Being State Funded

In Ukraine, Public Broadcasting is funded at 0.2% of State Budget expenditures over the past year, but these funds are not always fully allocated. In order to maintain the proper functioning of the broadcaster, it is necessary to review the existing financing model, including the authorization to produce video content for sale. This was discussed by the participants of the expert discussion “The Price of Public Broadcasting: Something More Than a Line in the State Budget” organized by the Center for Democracy and Rule of Law with the Reanimation Package of Reforms on October 23.

In our country, a low level of public funding was set because in 2014, when the Law on Public Television and Radio Broadcasting of Ukraine was passed, active military actions were taking place in Donbas, and considerable funds were needed for military needs. This was recalled by the RPR Coalition expert and one of the authors of the law, Ihor Razkladai. In European countries, Public Broadcasting is mainly funded by citizens. For example, in Italy, financing is embedded in electricity bills, says Mr. Razkladai.

But in Ukraine, people might not understand why they have to support traditional media when they can actually get the same information from online sources. And the idea of introducing a new tax or subscription fee for watching UA:PBC will clearly not find support among Ukrainians.

It is not possible to increase UA:PBC’s profit through advertising: according to the legislation, the share of advertising on the broadcaster will have been reduced to 5% of airtime by 2022, Mr. Razkladai emphasizes.

“This was done to prevent the publicly funded broadcaster from competing on equal terms for advertising with other private TV channels,” clarified Taras Shevchenko, a member of the RPR Coalition Board. One of the ways to increase the budget of the UA:PBC is to create a subsidiary production company that would shoot drama series and other interesting content for the viewers, says Ihor Razkladai.

UA:PBC can withdraw from ProZorro to reduce restrictions and increase competitiveness, but public control must be maintained. The executive director of the Human Rights Platform, Oleksandr Burmahin, proposed this option. “Then the aforementioned production company will be able to produce content not only for UA:PBC, but also for other customers,” concluded the expert.

This event was held within the institution building program of the Centre for Democracy and Rule of Law, with the financial support of Sweden.