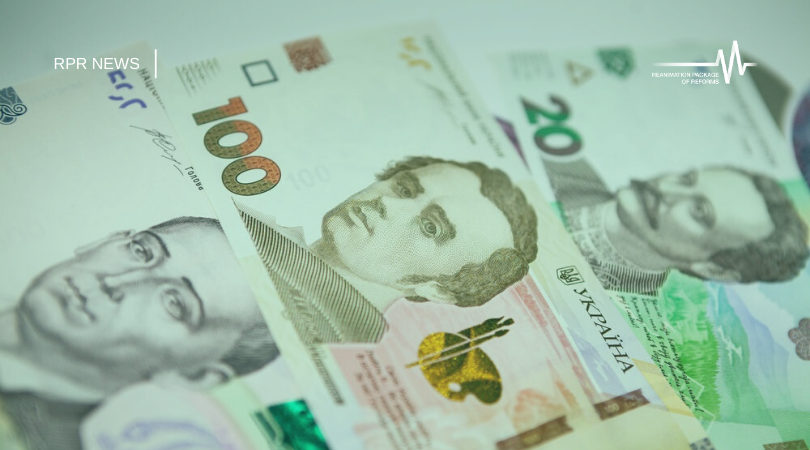 Does the state sufficiently assist the business during the coronavirus epidemic? What is the best way to get the economy out of quarantine? Why the banking sector in the financial sector is a “Tesla” among the carts? This was discussed by the participants of the online event “Regional Discussion of Reforms: On the Road to Vilnius” on the topic of economic reforms organized by the Resuscitation Reform Package Coalition on 16 April.

In 2019, the new Verkhovna Rada, the Government and the President have set positive expectations for international investors and set the stage for large-scale economic reforms. But this did not happen due to certain political factors and the coronavirus epidemic. Executive Director of the Center for Economic Strategy Hlib Vyshlinsky said this during the presentation of the draft of the analytical brief “Economic Reforms”.

“The new Cabinet of Ministers has begun its work on new reforms: opening up the land market, privatization, restarting the labour market. But the work of this government has also been influenced by political factors, such as the pressure on the business of security forces,” Vyshlinsky says.

He identified the main challenges in the area of economic reform:

Recommendations for priority actions for 2020-2021:

After the transition of the Ukrainian economy to the market model, in the 1990s, non-market Soviet elements remained for a long time: the absence or presence in the shadow of the land, labour and capital markets. This was noted by the Chairman of the Subcommittee on the Rules of Procedure of the Committee on the Rules of Procedure, Deputies’ Ethics and Organization of the Verkhovna Rada’s work, Pavlo Frolov.

“Despite all the criticism, the previous Government has maintained macroeconomic stability. We have entered a new crisis with better performance than in 2008 and 2014,” the People’s Deputy said, pointing out the main achievements and unresolved problems of the previous Cabinet.

The beginning of labour market reform was facilitated by the coronavirus epidemic: legislative regulation of remote work for the first time occurred, emphasized President of the Kyiv School of Economics, former Economy Minister Tymofiy Mylovanov.

According to him, the lack of large-scale privatization is a source of corruption.

“The presence of thousands of non-strategic enterprises under state ownership generates considerable corruption. That is why there are political battles over ministers who control these shadow financial flows,” Mylovanov says.

Now the state should support small and medium-sized businesses because the big business already has significant resources in the sphere of Government Relations. Another important aspect for Ukraine’s economic development was the continuation of cooperation with the IMF and the prevention of default.

“Ukraine’s exports make up 45% of GDP. That is why the ideology that integrates our country into the world markets will prevail,” the ex-minister sums up.

How to launch the economy after the quarantine?

Also, Tymofiy Mylovanov called 3 first steps for effective exit from the quarantine for the economy:

To this list Hlib Vyshlinsky added differentiation of quarantine measures: for example, not to introduce such rigid quarantine in the Mykolayiv region, which was introduced in Chernivtsi. He also suggested that kindergartens and elementary schools be restored to free their parents to allow them to work.

The ex-adviser to the Prime Minister, Oleksiy Mushak, spoke about the impossibility of fully starting the economy immediately after the quarantine was lifted. After all, it takes 1 – 1.5 months

“If a business does not generate income but gives jobs, the government should support it,” Mushak says.

Cargo-cult of the financial sector

In turn, the founder of Univer Investment Group, Taras Kozak, compared the Ukrainian financial sector with a Tesla among carts, where the Tesla is the banking sector and carts are all other sectors.

“Ukrainian banks have some of the most advanced technologies in the world. But the cart is a financial market compared to them. In addition, Ukraine is trying to simply copy the mechanisms from the developed Western financial markets, which is reminiscent of the cargo cult with the attempt to equip the ordinary cart with modern automotive technologies,” Kozak quotes.

However, the banking sector is not slowing down the economy now, unlike in 2008 and 2014.

“Now there are no lines of people near the banks eager to withdraw money. On the contrary, the number of deposits is increasing. And the hryvnia exchange rate is in a pretty decent corridor,” says the founder of the Univer Investment Group.

Investment is key to economic growth

Taras Kozak suggested the creation of a single state body that would take care of investment issues.

“The sole KPI of this body is the share of the financial sector in Ukraine’s GDP,” Kozak sums up.

An investment nanny announced by the authorities is a good idea. After all, all projects in Ukraine had their own nanny: president, prime minister or other politicians, says Oksana Gryshchenko, a member of the Committee of Entrepreneurs of Ukraine.

Olha Stefanishyna, former Director of the Government Office for European and Euro-Atlantic Integration, suggested using existing mechanisms in the wake of the economic crisis.

“Ukraine should take advantage of its membership in the World Trade Organization because the WTO has not imposed any restrictions on trade in goods,” – explains Stefanishyna.

Ukraine has done a lot in liberalizing its economy, but not much in the area of economic security, she added.

Small and Medium Business Support: Help it or Leave it

According to the polls, small and medium-sized businesses are experiencing economic liberalization, but are not at all state-supported. The head of the favourable business climate of USAID “Competitive Economy of Ukraine” program, Lubomyr Chernyi, draws attention to this.

The most successful reform of the business is the liberalization of currency control, which was carried out in 2018.

“But on the one hand, the authorities are removing administrative barriers for small and medium-sized businesses a bit, and on the other, they are adopting bills # 128 and # 129 on settlement operations and shadowing, which complicate the work of entrepreneurs,” Chernyi said.

According to him, quarantine has caused problems even in big business, which is already restructuring its financial obligations. And small businesses may not even survive these months of restrictive measures.

“Because of this, the unemployment rate can reach more than 15%, which will cause the outflow of labour resources abroad,” – the expert predicts.

Delaying the ESA payment for small business is ineffective assistance. At present, small businesses do not have the resources to do business as a whole, says Business Training Expert “Modern Woman” Darya Nagaivska.

“In Kharkiv, almost half of small and medium-sized entrepreneurs are already experiencing difficulties or expecting them in the near future,” the expert said.

Read also:  “Regional Discussion of Reforms: On the Road to Vilnius” on the topic of law enforcement reform organized by the RPR Coalition on April 9