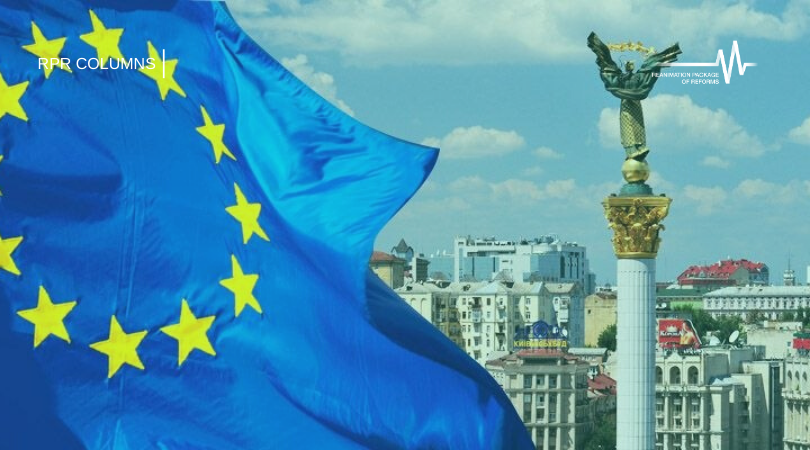 Ukraine has fought harder than any other country for European integration. Progress has come at an incredibly high price, with efforts to conclude a relatively innocuous Association Agreement with the European Union in 2013 plunging Ukraine into a maelstrom of revolution, economic crisis and undeclared war with Russia that continues to this day. Despite these formidable challenges, a recent study conducted by the New Europe Center has found that European integration trends are taking root across Ukraine. Meanwhile, public support for the country’s European trajectory has consolidated significantly since 2014, despite the trauma and turbulence of the past six years.

Ukraine’s struggle to move closer to the rest of Europe has been ongoing since the 1991 collapse of the Soviet regime, which had imposed artificial barriers while promoting ideas of otherness that contradicted Ukraine’s historic sense of European identity. The country’s post-Soviet European ambitions first hit the international headlines with the 2004 Orange Revolution, a people power uprising sparked by attempts to rig a presidential election in favor of a pro-Kremlin candidate who seemed bent on steering the country away from Europe and towards the increasingly authoritarian Russia of Vladimir Putin.

The quest for a European Ukraine entered a new phase in 2013 when Ukrainian President Viktor Yanukovych backed away from his commitment to sign an Association Agreement with the EU, leading to a fresh round of mass protests known as the Euromaidan Revolution. Millions of Ukrainians from different regions flocked to central Kyiv to join rallies in defense of Ukraine’s European choice. Many carried the flag of the European Union, which came to symbolize the European values of personal dignity and rule of law that drove the protest movement forward. At a time when people throughout the EU itself were questioning the future of the European project, here was a powerful reminder of the principles the European Union represented to those looking in from the outside. Like many Ukrainians, I still have my Euromaidan EU flag at home.

The Euromaidan Revolution reached a bloody climax in February 2014 with the massacre of dozens of protesters on Kyiv’s Independence Square followed by the flight of President Yanukovych to Russia. The interim authorities soon made clear their intention to proceed with the EU Association Agreement, but the country’s European integration drive has been overshadowed ever since by ongoing Russian military intervention in Crimea and eastern Ukraine. Moscow has also maintained parallel efforts to convince Ukrainian society that European integration is a foolhardy choice that can only bring impoverishment and war.

The political upheavals and military disasters of 2014 have created a backdrop of economic turmoil that has added weight to Russia’s arguments. Nevertheless, public opinion polls conducted over the past six years show that support for EU membership has grown significantly among Ukrainians, with the number in favor now consistently close to or above the 50 percent mark, representing a landslide majority of those likely to participate in any future referendum on the subject. Nor does this support reflect unrealistic faith in the EU’s ability to heal all of Ukraine’s ills. On the contrary, surveys indicate a realistic understanding of Ukraine’s currently slim membership prospects. Moreover, the key Ukrainian request to the European Union during the post-2014 period has not been to offer fast-track membership or financial assistance, but rather to put more pressure on the Ukrainian authorities in order to accelerate reforms.

A number of key dates and numbers stand out in the narrative of Ukraine’s European integration. The signing of the Association Agreement eventually took place in summer 2014, with the terms of the Agreement coming into force in stages over the following few years. For a majority of Ukrainians, the most significant single event was probably the advent of visa-free EU travel in June 2017, bringing to an end decades of visa obstacles and passport apartheid. Meanwhile, the free trade component of the Association Agreement has helped boost the EU share of Ukraine’s overall trade to 42 percent. Earlier this year, Ukraine became the European Union’s number three foodstuffs supplier.

These headlines are only part of the story. In order to get a sense of the grassroots European integration processes taking place across Ukraine, the New Europe Center recently conducted the country’s first nationwide research project covering every single Ukrainian region. In cooperation with the Government Office for European and Euro-Atlantic Integration, the project aimed to gauge European integration in an array of different spheres ranging from economy, energy and education to infrastructure, local government and civil society. Data processing took place in a comparative format in order to identify regional trends and gain greater insight into the relative pace of European integration in different parts of the country.

Based on 34 indicators in eight different spheres, researchers identified Lviv as Ukraine’s current Euro-integration leader. This result is in line with traditional perceptions of Lviv region as the most typically European part of Ukraine and reflects its favorable location on the EU border. However, the country’s Euro-integration top ten also featured southern Ukraine’s Odesa region, central Ukrainian Vinnytsia, and northeastern Sumy, which shares a border with the Russian federation. Moreover, regions in southern and eastern Ukraine also took leading positions in a number of individual EU integration categories. Mykolaiv region in southern Ukraine displayed the strongest growth in exports to the EU, while eastern Ukraine’s great industrial hubs Kharkiv and Dnipro were among the leaders in terms of the number of enterprises with EU capital. Bordering the line of contact with the Russian-occupied parts of eastern Ukraine, Donetsk and Luhansk regions had the highest number of EBRD and EIB-funded projects.

These results may strike some readers as surprising. Many local residents in the featured regions would likely share this sense of surprise. Interestingly, one of the few findings that was consistent across all of Ukraine was the practice of local authorities taking credit for EU-funded projects in their regions. Accordingly, these projects are helping to boost the popularity of local authorities but not necessarily leading to improved attitudes towards the European Union.

The post-2014 boom in Ukrainian air travel and the arrival of low-cost airlines on the Ukrainian market has proven one of the biggest single practical drivers of the country’s European integration. Budget carriers now operate from many of Ukraine’s regional capitals, connecting them directly with EU destinations. As well as Kyiv and major cities like Odesa and Lviv, there are also now affordable regular flights to the European Union from the likes of Zaporizhia and Kherson. Dozens of new routes are set to enter service in 2020.

A parallel upgrade of Ukraine’s domestic transport infrastructure is further facilitating internal mobility and European connectivity. With road connections gradually improving and dozens of cheap new flight services to European cities, more Ukrainians than ever are able to take advantage of the country’s visa-free EU breakthrough. Some travel for tourism and some seek seasonal work. Others are increasingly engaging in the educational, academic and cultural cooperation offered by European Union programs and individual national initiatives. Analysts at the New Europe Center found that between 2004 and 2013, only 329 Ukrainian students took part in the Erasmus Mundus program (the predecessor of Erasmus+) to study in Europe. During the four years from 2014, this figure skyrocketed to 10,158 Ukrainian students.

Overall, this recent attempt to get a sense of Ukraine’s Euro-integration realities produced a picture of varied progress across the country that defies regional stereotypes and, to a degree, runs counter to the geographical logic of the Ukrainian map. We can only hope that the temporarily occupied regions of the country, which currently represent 7 percent of Ukraine, will eventually become involved in this process. The experience of the past six years demonstrates that the idea of building a European Ukraine is not a mere whim. It is a way to modernize the country while preserving its independence. For those in occupied Donbas and Crimea, such progress is not possible while trapped in Russia’s embrace.