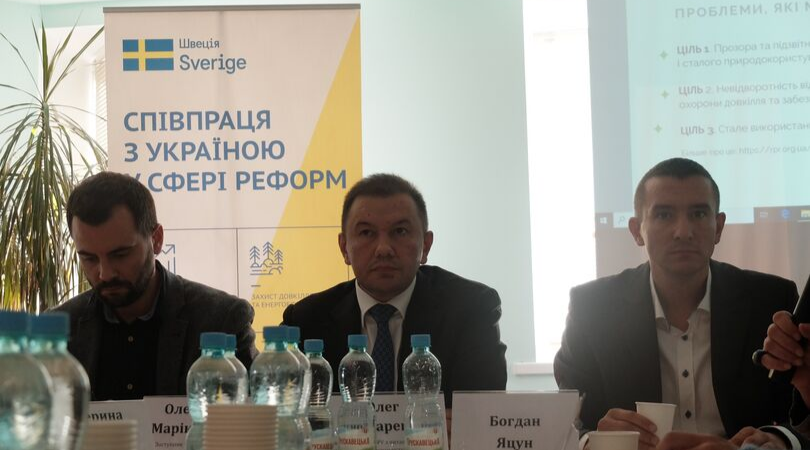 Public experts presented key priorities in the field of environmental protection to the MPs. In order to preserve the environment and improve the environmental situation in Ukraine, horizontal (strengthen environmental control and accountability for environmental violations) and sectoral reforms (improve waste management, improve forest law, etc.) should be implemented. This was emphasized by the experts of the NGO “Environment-People-Law” during a meeting with the MPs on September 24.

76% of respondents believe that the environmental has some effect on people’s lives and health, with more than 43% of respondents saying that they burn down dry vegetation, thus polluting the atmosphere. One of the reasons for the high level of pollution is the inactivity of environmental controls, which does not allow properly identifying and bringing the perpetrators to justice.

Today, there are practically no data on the state of the environment, the scope and sources of pollution of water bodies, atmospheric air, soils. Transparency and accountability of public authorities

In Ukraine, human rights to access to environmental information and to participation in environmental decision-making are not properly guaranteed.

Ukraine ranks last among European countries in terms of waste management. In 2017, 9.91 million tones of municipal waste was generated in Ukraine, of which 9.25 million tones was disposed of in landfills, accounting for 93.3% of the total waste generated.

Ukraine currently lacks a single agreed policy on climate change, and climate-focused events are not actually funded from the state budget.

There is no forestry development strategy in Ukraine, forest legislation is still inconsistent with land legislation, nature conservation, and most forestry rules and regulations are outdated.

The first priority of the Verkhovna Rada Committee on Environmental Policy and Environmental Management is the environmental control reform, assured the Chairman of the Committee, MP from the Servant of the People Oleh Bondarenko. According to him, the Cabinet of Ministers should adopt a resolution to cancel the liquidation of the State Ecological Inspection. The second priority is solving the problem of waste management. We are planning to submit a package of draft laws in this area in the near future. We hope to have it approved by the end of the year,” says Bondarenko, adding that the draft law on the legalization of amber production is also being developed.

An indicator of effective cooperation of the authorities with the public will be the adoption of the draft law on state environmental control, said Oleksandr Marikovskyi, deputy chairman of the Verkhovna Rada Committee on Environmental Policy and Environmental Management and MP from the Servant of the People. We engage the best public organizations that are really ready to get involved in developing quality draft law,” he added.

See more details on the environmental proposals of experts to the Verkhovna Rada in the Environmental Action Plan for the Parliament.