Reanimation package of reforms > News > Statements > ENSURING TRUST IN THE HIGH ANTI-CORRUPTION COURT WILL NOT BE IMPOSSIBLE WITHOUT THE TRANSPARENCY OF THE COMPETITION: RPR SUPPORTS NGOS’ DEMANDS TO HQCJ 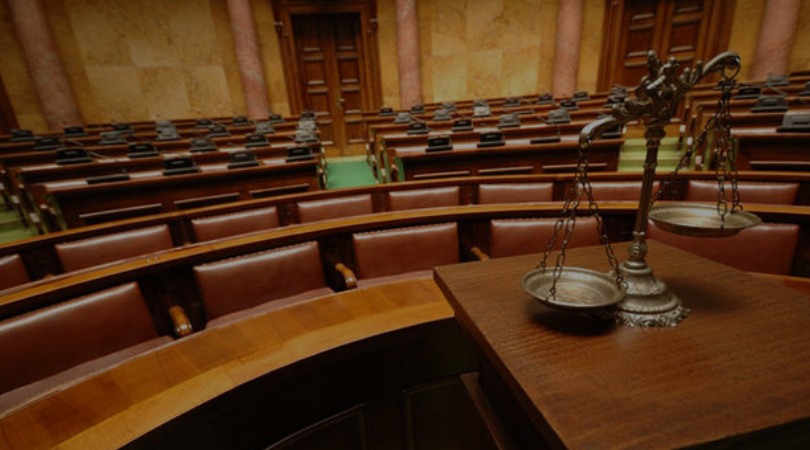 ENSURING TRUST IN THE HIGH ANTI-CORRUPTION COURT WILL NOT BE IMPOSSIBLE WITHOUT THE TRANSPARENCY OF THE COMPETITION: RPR SUPPORTS NGOS’ DEMANDS TO HQCJ

Anti-Corruption Action Center, AutoMaidan All-Ukrainian Association, DEJURE Foundation, Transparency International Ukraine welcome the election of members of the Public Council of International Experts (hereafter – PCIE). NGOs call on the High Qualification Commission of Judges (hereafter – HQCJ) of Ukraine to ensure appropriate working conditions for international experts without delay and adopt rules that will ensure transparency of the competition to the High Anti-Corruption Court.

Failure to comply with these requirements might deprive international experts of the actual impact on the competition and result in the recurrence of mistakes in the selection of judges of the Supreme Court.

According to the timeline presented by the HQCJ, the appointment of six PCIE members should have taken place by the end of October. Although PCIE candidates had been nominated back in mid-September, the HQCJ delayed PCIE establishment for one and a half months, which deprived international experts of a significant amount of time for the assessment of candidates.

Transparency of the competition to the High Anti-Corruption Court has also not been ensured. To date, High Qualification Commission of Judges has not introduced clear criteria for assessing the integrity of candidates. Instead, the available assessment methodology allowed recommending candidates to the Supreme Court who had failed to convincingly explain the origin of their assets and candidates whose actions exhibited violations of basic rights to access to justice according to the opinion of the European Court of Human Rights. The use of this methodology during the competition to the High Anti-Corruption Court will make the final stage of the competition non-transparent and its results may suffer manipulations.

Under such conditions, international experts will not be able to play a key role in the selection of anti-corruption judges. Instead, corruption elites will retain the opportunity to have candidates suitable for them elected to the High Anti-Corruption Court.

We call on the HQCJ to take the following steps to ensure independent competition to the High Anti-Corruption Court:

Status of the HQCJ’s subsidiary body, which PCIE has in accordance with the Law on the High Anti-Corruption Court, ensures its access to the same scope of information as the Commission. Consequently, PCIE should have full access to the candidates’ personal data.

It is unacceptable to grant right to the candidates under which they can provide or not provide (at their own discretion) PCIE with access to their personal data. This will give candidates the opportunity to avoid analysis by PCIE.

PCIE’s access to open state registries is directly foreseen by the law. Since the obtaining of separate access may take a long time, HQCJ should give PCIE members the opportunity to use the access to the registers available to the Commission. Such access should also be provided to the PCIE Secretariat, which is essential for translation and, consequently, performance of PCIE’s functions.

However, this function will not be possible unless PCIE has access to the texts of the practical tasks performed by the candidates at the exam.

We want to emphasize that the law does not limit the Commission in the disclosure of its components and results. Thus, HQCJ has the full right to independently envisage PCIE’s provision with access to practical tasks performed by candidates.

Similarly, PCIE’s access to practical tasks performed by candidates cannot depend on the will of the candidates themselves since the analysis by the PCIE is a mandatory stage of the competition.

Currently, HQCJ advocates a subjective approach to determining the integrity of candidates for judicial positions, which opens up a lot of opportunities for manipulation. Unfortunately, as a result of this approach, candidates with negative opinion from the Public Integrity Council received high integrity scores from HQCJ, while whistle-blower judges, on the contrary, received low scores.

HQCJ should develop and publish integrity criteria based on the Bangalore Principles of Judicial Conduct approved by the Resolution of UN Economic and Social Council.

At the same time, HQCJ believes that the assessment of a candidate as being unscrupulous is possible only if candidate’s guilty has been proved, i.e., according to the criminal process standards where a person uses presumption of innocence. However, such an approach is inappropriate for positions that should have public trust.

Instead, it must be established that a substantiated doubt about candidate’s integrity should result in refusal to recommend this candidate to the position of Anti-Corruption Court judge. And it is the candidate that should be obliged to dispel these doubts or assumptions.

However, at present 79% of the maximum score of candidates is given by the members of the Commission at their discretion. Mere 210 of the maximum 1000 points correspond to the results of the judicial exam. HQCJ’s methodology, which should have made these 790 points clear to the public, accumulates blurred criteria and creates opportunities for manipulation.

HQCJ should change the methodology for assessing candidates and stipulate that scores should be awarded in accordance with the results of judicial exam and assessment of candidate’s integrity.

Currently, HQCJ is explaining its decision on the results of candidate ranking by the total number of points and the overall score for professionalism, integrity and professional ethics. HQCJ does not substantiate the awarded scores and does not show individual scores of the Commission members. Moreover, the Supreme Court of Ukraine has recently found HQCJ’s decision regarding the qualification assessment of one of the judges to be illegal since such a decision did not provide sufficient justification. The practice of unjustified decisions must be stopped.

Disregard of these demands by the High Qualification Commission of Judges will signify that the Commission deliberately leaves room for manipulations with the results of the competition to the anti-corruption court.

This, in its turn, may raise doubts about the independence of the High Anti-Corruption Court from political influences long before its establishment. RPR calls on the HQCJ to ensure independence of the High Anti-Corruption Court and proper conditions for the work of international experts as well as overall transparency of the selection of anti-corruption judges.