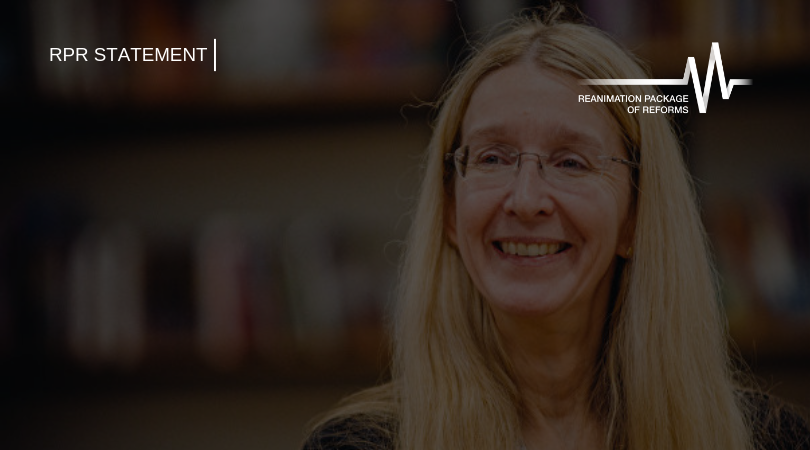 The Healthcare team of the Coalition of NGOs Reanimation Package of Reforms supports the healthcare system reform which is currently being implemented by a team of the Ministry of Health headed by Uliana Suprun.

It was Uliana Suprun’s team that has introduced institutional changes to jump-start the entire healthcare sector. The most significant ones include:

Every Ukrainian deserves high-quality medical services which can only be ensured through the reform implementation. That is why we evaluate the decision of the Kyiv District Administrative Court to suspend Uliana Suprun from the post of acting Minister of Health as another attempt to stop the positive changes in the healthcare sector and return the already eliminated corruption schemes.

Positive voting of the MPs for Uliana Suprun’s appointment as the Minister of Health should be an adequate response to the court ruling. In a context of growing electoral populism, such a decision by the parliament will become a clear signal – reforms are going on.

The Healthcare Reform team calls on the Prime Minister of Ukraine Volodymyr Hroisman to file a petition on Uliana Suprun’s appointment as the Minister of Health, and MPs to support it through positive vote and continue the course of reforms in the healthcare sector.