Reanimation package of reforms > News > Columns > Economic steps of the new government: how do we ensure income growth for Ukrainians? 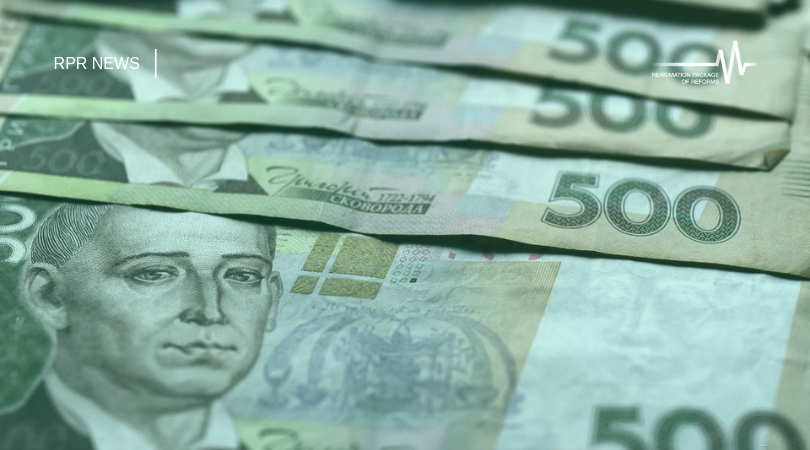 Economic steps of the new government: how do we ensure income growth for Ukrainians?

Sustainable economy is the cornerstone of income growth for Ukrainians. What should the president, government and parliament do?

The new authorities face serious challenges: keep the macroeconomic situation stable at the peak of external debt repayments, accelerate economic growth and reduce the gap between Ukraine and its EU neighbors.

And these challenges must be overcome in the face of serious demographic problems that require both an urgent and a long-term response plan.

Economists at the Centre for Economic Strategy have devised a plan that will help the new government and the majority in the Verkhovna Rada to overcome these challenges.

The CES explains the main proposals in the form of a series of columns for the Ekonomichna Pravda.

And for this, the economy must be sustainable – able to withstand external and internal storms.

The easiest way to see if the new government has done this is to look at Ukraine’s credit rating in 5 years.

The higher this rating, the better the country is protected from crises, the lower is the probability of default.

The Centre for Economic Strategy has summarized and presented a list of policies that we believe will lead to sustainable economic growth in the years to come.

In 2019, the new president, parliament and government are starting with a much more stable macroeconomic situation than in 2014.

However, in our opinion, the most important goal is to make economic growth truly sustainable.

The perception of the country’s creditworthiness – the credit rating of Ukraine – is at the B- level, according to Fitch, which is almost the lowest one after the default.

Why do we need economic sustainability?

‘One step forward and two steps backward’ has already made Ukraine one of the poorest countries in Europe.

This is due to the difficult economic and financial crises that the weak institutions have been unable to resist rather than due to low GDP growth rate.

Such crises foil the achievements of previous years throwing the banking sector, industry, innovation and almost all spheres of the public life years back.

For Ukraine to catch up with European countries, the economy does not need “soap bubbles”, which then turn into severe shocks and years of decline, it needs sustainability.

Fast economic growth without sustainability is like a straw house built by a stupid pig which a fairy-tale wolf blew down at a blink of an eye.

And there are quite a few wolves around. Ukraine is a small open economy located at the intersection of major players’ roads and interests.

And economic resilience in the face of external threats is no less important than political resilience.

The perception of the economy as stable and resilient within the country is equally important. Ukrainians, still traumatized by the deep decline and depreciation of the 1990s, endured two more devastating crises in the last 10 years.

That is why the sustainability of economic growth is important in order to overcome the greatest internal challenges in modern Ukrainian history – migration and separatism.

How do we make the economy sustainable?

The new government faces important tasks: maintain macroeconomic stability against the backdrop of Russia’s aggression and in times of peak repayments of external debt, while accelerating economic growth, narrowing the gap between Ukraine and its EU neighbors.

In terms of economic sustainability, the priorities of the new government agenda should be as follows:

This needs to be understood and budget the risks without exaggerating revenues and inflating costs, keeping the deficit within tight limits of no more than 2.5% GDP, developing close cooperation with external institutional lenders – the IMF, EU, EBRD, World Bank, etc.

Any fiscal methods of stimulating economic growth, such as tax cuts, preferential loans, etc., should first and foremost be verified from the point of view of threat to fiscal sustainability.

But government decisions – increase in excise taxes or tariffs, increase in pensions or social benefits – can lead to higher prices.

The National Bank cannot reduce interest rates by stimulating lending and economic growth if it expects surprises from the government.

The goal of cooperation between the NBU and the government is to choose the best policy mix for the country and not to interfere with each other’s work.

The country is becoming vulnerable. Therefore, independent regulators (the National Bank in Ukraine) need to keep a close eye on the risks and take measures to keep the system resilient against crises.

However, apart from independent and effective oversight, the most important prerequisite for financial sector sustainability and investment attraction is the rule of law, which can be influenced by politicians in power.

This means honesty, professionalism and the capability of the law enforcement system at all levels: investigation, prosecutor’s office, courts, bailiffs.

Rule of law protects investors and creditors, ensures independence and impartiality of banking supervision, reduces the losses of banks, depositors and the state from financial crises exponentially.

The best indicator of the policy success in this area will be obtaining a national regime with the EU countries for the financial services market.

Macroeconomic policies must be effective and safe for stability. In order to stimulate the economy, it is better to reduce the GDP redistribution through the state than to provide preferential financing to individual industries or enterprises at the expense of public debt.

To supplement the budget, it is better to combat tax evasion and simplify taxes rather than to raise tax rates or expand tax base.

To overcome poverty, it is better to increase narrowly targeted government support programs than to uncontrollably inflate social benefits before the election.

This requires a comprehensive and high-quality review of budget expenditures in terms of their effectiveness, three-year targeted budget planning, strict adherence to the Budget Code (submit and receive everything in a timely manner).

If the new authorities adhere to these policies, the economy will become more resilient to crises.

The best indicator of the above is the increase in the credit rating of Ukraine. In fact, this is the main independent assessment of economic sustainability, an indicator calculated by international rating agencies based on economic development indicators to determine the likelihood of a country’s default.

Today, the credit rating of Ukraine is at the B- level, according to Fitch, which is almost the lowest one after the default.

A serious indication that the policies of the new government are successful would be rating increase to “BB-” (the maximum historically reached by the Ukrainian rating) and a very good result would be a “BB+” rating.

This is one step down the so-called “investment” level, when countries move from high-risk “junk” issuers to moderate-risk countries, and this will mean that Ukraine has made a major step towards a better future.

Mariia Repko for the Ekonomichna Pravda