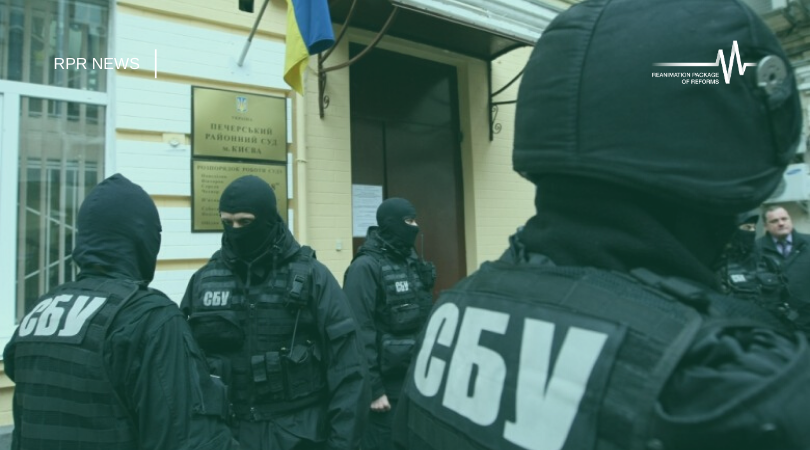 Did the police reform take place? What are the Security Service of Ukraine functions? Is the National Guard permitted to the police? This was discussed by the participants of the online event “Regional Discussion of Reforms: On the Road to Vilnius” on the topic of law enforcement reform organized by the RPR Coalition on April 9.

The key issue in the law enforcement reform is the positioning of the President of Ukraine as a coordinator, which provides insightful guidance to law enforcement. The expert of the Center for Political and Legal Reforms Eugene Krapyvin drew attention to this during the presentation of the draft of the analytical brief “Reform of the Law Enforcement Authorities”.

The President introduced into the Verkhovna Rada a bill that empowered him to appoint the heads of the State Bureau of Investigations and National Anti-Korruption Bureau. But the Constitutional Court gave a negative conclusion and this draft law “disappeared”, – cited Krapyvin.

The main challenges in the area of law enforcement reform are listed in the brief:

Recommendations on priority actions for 2020-2021:

After the adoption of the Law on National Security of Ukraine in 2018, a new law on the Security Service of Ukraine should have been developed six months later. But all existing draft laws on the special service only conserve the existing functions of the SSU. This was noticed by the co-author of the analytical brief, Association of Ukrainian Monitors on Human Rights Conduct in Law Enforcement expert Mykhailo Kameniev.

Kameniev also spoke about problems with CCTV systems in cities.

“Camcorder information is poorly secured: it’s unclear who has access to the videos and how long they should be stored,” the expert says.

“Good patrol work was offset by the actions of some investigators. This led to a decrease in the level of work of patrol officers, as motivated people are quitting. Currently, we see cases where patrols cannot even properly draw up a road accident plan,” says Tarasov.

Also, because of lack of funding, patrols and investigators are forced to buy their own uniforms and equipment.

“Municipal police can deal with issues that patrols lack time to cope with: smoking in public places, burning leaves, and more. The municipal police should be elected by the residents of the community,” the expert explains.

But Mikhail Kamenev disagrees with it: “How can community residents elect a Mayor if most of them do not even know their local MPs? Besides, municipal police itself can be turned into pocket-sized armies of local politicians.”

“Now the main task of the police is to monitor compliance with quarantine rules. But that reduced their resources to investigate theft, robbery and other direct police activity,” Pernikoza notes.

The negative situation with the investigation of economic crimes arises due to the lack of think tanks at law enforcement agencies. After all, an investigator cannot be an expert in all matters, says the expert of the Chuguev human rights group Roman Likhachov.

“The investigator does not investigate complex economic crimes, but more simple ones, such as inflicting light injuries. After all, his activity is measured only by the number of cases opened,” Likhachov notes.

Mykola Khavroniuk, Director of the Scientific Development of the Centre of Policy and Legal Reform, spoke about the problems of the current Criminal Code. According to him, the Criminal Code allows to exempt offenders from punishment.

“More than half of the perpetrators are released from court. Also, the Criminal Code does not protect the interests of the victim: they do not ask for their opinion on compensation,” Khavroniuk notes.

Read also: “Regional Discussion of Reforms: On the Road to Vilnius” on the topic of decentralization reform organized by the RPR Coalition on April 2.