Reanimation package of reforms > News > Columns > Denationalization: results and plans for the future 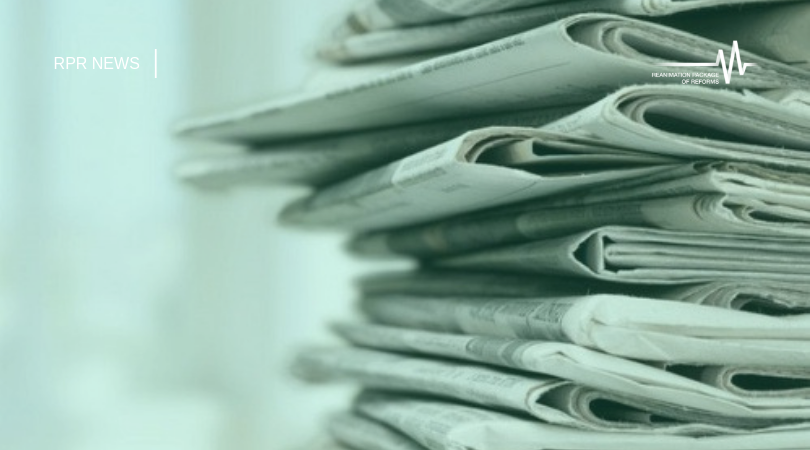 Denationalization: results and plans for the future

Just over half a year ago, the three-year deadline during which all print media of public bodies were to become independent expired. This reform was supposed to improve the media space of Ukraine, since the publications of the central and local authorities mostly voiced the position of the power holders at the expense of the state and local budgets. Although denationalization has been officially completed, some state-owned publications still exist. The efforts to count the publications that are covered by the Law of Ukraine “On Reforming State and Municipal Print Media” looked like a hide-and-seek game since the very beginning. No register contains complete information about print media. No authority has taken the initiative to find out the final figures. Therefore, now, six months after the end of the denationalization, we still cannot summarize this reform.

In the previous material, Centre for Democracy and Rule of Law (CDRL) stated that as of May 15, 2019, a quarter of the state-owned print media (38!) were listed in the state register as printed mass media founded by state bodies. In view of this situation, CDRL has sent a request to the Ministry of Justice of Ukraine to review the information on these periodic publications and to cancel their state registration certificates if they have not been reformed in accordance with the law. The Ministry of Justice did not respond to requests from CDRL, however, as of July 25, 2019, there were 10 unreformed state-owned periodic publications in the register. Interestingly, instead of reforming the Vidomosti Pryvatyzatsii newspaper, the State Property Fund registered another media with the same name. It remains a mystery how the Ministry of Justice responsible for the reform let that happen.

The representatives of the State Committee for Television and Radio Broadcasting managed to get some information about the fate of unreformed media through their own request. The Ministry of Justice’s response, as usual, is vague: “decisions have been adopted on the re-registration and invalidation of state registration certificates for print media”. However, it is unclear which print media, because it is already clear that not all of them were re-registered and invalidated as required by law.

In addition, in response to the State Committee for Television and Radio Broadcasting, Ministry of Justice reported that 10 print media, according to the register, are the official print media. It is not possible to verify this information from open data because the search options do not have the category “official print media”. Citizens who want to obtain official information will have to check themselves whether this is true. Moreover, even if these publications are referred to as official print publications, in some cases it is illegal.

For example, the Prykordonnyk Ukrainy newspaper and the Kordon magazine are owned by the State Border Guard Service of Ukraine, which, according to the Law governing its activity, is the central executive body. According to Article 10 (2) of the Reform Law, the following bodies are subject to a quantitative restriction: Only one of the print media of such a body can be converted to an official print publication. Therefore, the Ministry of Justice should have invalidated the certificate of one of these unreformed publications. Instead, as the authority responsible for re-registration, the Ministry of Justice ignores the direct requirement of the Reform Law.

Moreover, neither the website of the State Border Service nor the pages of these publications (Prykordonnyk Ukrainy, Kordon) indicate that they are the official print media of the Border Guard Service of Ukraine.  At the same time, Kordon magazine was referred to as the “official print body” of the service. Both magazines violate the requirements for publications content by using the creative work of journalists instead of publishing only official information as required by the law.

The Supreme Court of Ukraine also refers to its journal “Bulletin of the Supreme Court of Ukraine” as the official printed body, in accordance with a separate Regulation on this publication. It is interesting that already on the pages of this journal it is referred to as “official scientific and practical publication“. Such terminology is not in line with the Law of Ukraine “On the Procedure for Covering the Activity of Public Authorities and Local Self-Government Bodies in Ukraine by the Mass Media”, according to which the authorities can issue official printed publications. The use of different names confuses the reader and does not ensure proper legal certainty for citizens.

Particularly noteworthy is the opposite situation when the publication “Bulletin. Officially on Taxes” is referred to on the website of the State Fiscal Service as the official print publication of this body and, according to the register, it is established by the state-owned enterprise “Service and Publishing Center”. It also misleads citizens who may associate the “formality” of a publication with guarantees about the content of published information.

As for the content of the Ministry of Justice’s titles, 4 of them do not meet the requirements for official print publications: 100% official information. At the same time, 4 more publications can set an example for others. These are the 2 titles of the State-Owned Enterprise “Ukrainian Institute of Intellectual Property” (already reformed), the publication of the National Commission for the State Regulation of Communications and Informatization and the State Property Fund.

Secrets of the Book Chamber or Where did the unreformed publications go?

It is interesting that the Ministry of Justice has information about the legal existence of print media, but not about their actual issue, as the Book Chamber, which receives mandatory copies of print media, can see. On July 10, 2019, the State Committee for Television and Radio Broadcasting published statistics on its website on the issue of print media in the first half of 2019, collected by the Book Chamber. According to this document, 60 state-owned and 28 municipal print media were published in Ukraine in six months after the reform.

This is surprising because since January 1, 2019, these publications had to cease their operations. When we requested access to public information from the     , Book Chamber, which is authorized to collect this information, we received a denial. Initially, this information seemed confidential to the deputy director of the institution, thereafter she referred to the fact that this information was not available as such because it was collected in a “blinded mode” through coding. After applying to the head of the publishing department of the State Committee for Television and Radio Broadcasting, which the Book Chamber reports to, we found out that although this information should be provided on request, it most likely will not bring us closer to the answer to the question: how many state-owned and municipal print media are still published. And there are two main reasons behind this.

First, the Book Chamber sees no difference between publications established by state-owned enterprises and public authorities. It was the latter that were subject to the Reform Law, so the figure 60 does not reflect the number of unreformed state-owned publications. Second, print media editors are not always responsible for generating output. For example, on the pages of a former municipal newspaper one can find information that a district council is its founder, however, if you check this information in the register, it turns out that it has been successfully reformed and, accordingly, should not fall into the category of publications founded by the local self-government bodies. And vice versa: there may be a state-owned or municipal publication whose founders do not submit required copies to the Book Chamber.

That is, one way or another, in order to get true information about the reform results, we need to collect information from the State Register and the data of the Book Chamber. The register will show how many titles exist legally, and the Book Chamber – how many of them are actually published. Comparison will allow removing non-existent publications from the register and identifying those which are published without state registration.

We no longer hop that the reform of state-owned and municipal media will be completed by itself. Therefore, in finding ways to encourage players to act, we come to punishments. For example, Article 186-6 of the Code of Administrative Offenses provides for liability for such breach of the law on the print media as evasion of re-registration of the print media in cases provided for by law. This regulation can be applied to the founders of publications that had to be denationalized but have not been re-registered. Failure to meet these requirements will result in a fine ranging from 170 to 510 UAH. The Ministry of Justice has the authority to draw up a report on such an offense against the state-owned publications. However, it does not appear to be interested in encouraging public authorities to comply with the requirements of the press legislation or to enforce them.

Denationalization must be completed. The existence of state-owned and municipal media is forbidden, and compliance with this requirement of the Press Law depends on the Ministry of Justice alone. At the same time, if the reform of the state-owned and municipal media is completed, it will not be complete. First, many publications have found creative ways to stay under the wing of the state authorities. Second, the list of publications that fall under the Reform Law does not cover print media founded by state-owned and municipal enterprises. For example, the Unified Register of State Property contains information about 3272 state-owned enterprises. Now, by law, they can all have their own print media. So after the formal completion of all re-registration procedures by the Ministry of Justice, work can start on: