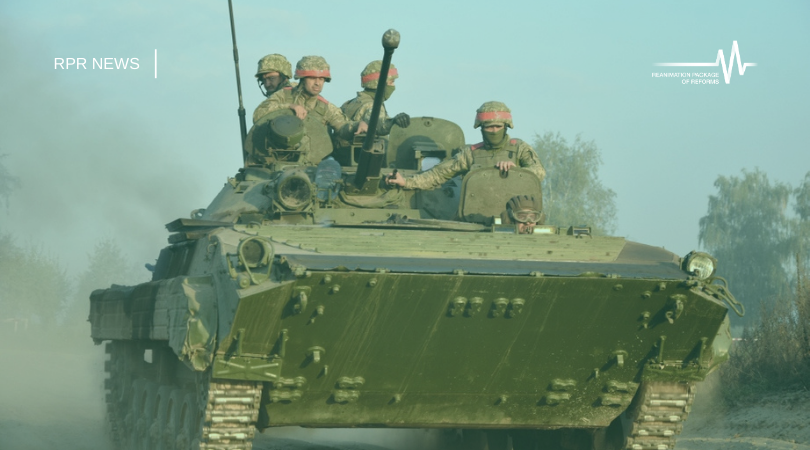 What are the main achievements and problems in defense reform in recent times? How to strengthen the social protection of war veterans? What is happening with the SSU reform? These and other issues were discussed by the participants of the online event “Regional Discussion of Reforms: National Security and Defense“, organized by the Reanimation Package of Reforms Coalition on September 11.

An essential moment in the reform of national security and defense in recent years has been the development of the defense industry. There is also only one step left to the corporatization of Ukroboronprom – a logical continuation of the reform of the public sector of the military sector. But the most problematic issue remains the reform of the Security Service of Ukraine. This was stated by Ihor Levchenko, head of the strategic modelling section of the Center for Army Research, Conversion and Disarmament, co-author of the sectoral brief “National Security and Defense” during the presentation of the document.

Legislation on the status of veterans and guarantees of their social protection was adopted in 1993: it is outdated, and none of these guarantees can be obtained in full.

“Moreover, these guarantees do not allow veterans to return to a full life. For example, the right to free travel does not help to find housing, work or receive psychological help,” Ivasyk cites.

The first step in reforming the social protection system for veterans, she called the adoption of the draft laws № 3407 “On the status of veterans and family members of deceased (deceased) Defenders of Ukraine and veterans” and № 3408 “On the status of those who helped protect the homeland and those affected by armed conflict”, which have already been recommended by the profile committee of the Parliament.

The Parliament should approve these draft laws at the current session, predicts Roman Kostenko, MP, Secretary of the Verkhovna Rada Committee on National Security, Defense and Intelligence.

He also pointed to the problem with the reform of the SSU.

“Now the SSU has complete secrecy of evidence from lawyers and the public, as well as its places of detention. Nobody wants to relinquish these powers,” the MP said.

He expressed hope that the SSU would gradually perform the functions of the secret service, although he called the draft law on service reform, which will be considered by Parliament, imperfect.

He cited the positive example of Denmark, where there is only one document in this area – a parliamentary defense agreement. It is adopted every 6 years and combines virtually all significant papers in the security field.

“First of all, this is a determination of the status of participants in hostilities, because it can be obtained by a person who has only once gone to a working meeting in the environmental protection zone. Secondly, it is a matter of rehabilitating veterans so that they can fully return to a peaceful life, – said the Deputy Minister.

Another important positive aspect in the reform of national security is the adoption by Parliament of the law “On Defense Procurement” in July this year. Olena Trehub, Secretary General of the Independent Defense Anti-Corruption Committee (NAKO), drew attention to this.

But she expressed concern about the implementation of the document.

“The creation of the Ministry of Strategic Industries raises the question of who will develop the bylaws,” explains Trehub.

Vyacheslav Demyanenko, Acting Director General of the Directorate of Defense Policy of the Ministry of Defense of Ukraine, reminded that the defense review was completed last year. And based on it, it’s necessary to approve the National Security Strategy, the Defense Security Strategy and the Strategic Defense Bulletin.

Key recommendations for 2020–2021 set out in the sectoral brief:

Read also: “Regional Discussion of Reforms: On the Road to Vilnius” on the topic of media reform.