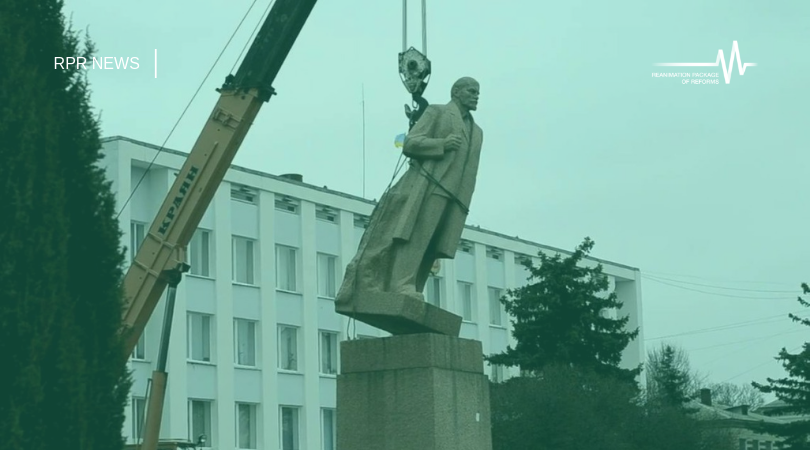 The decommunization process in Ukraine would not have stopped even if the relevant law had been abolished by the Constitutional Court, stressed Yaryna Yasynevych, a member of the RPR Board and program director of the Center for Research into the Liberation Movement .

To recap, on July 16, the Constitutional Court recognized the law “On Conviction of Communist and National-Socialist (Nazi) Totalitarian Regimes in Ukraine and Prohibition of the Promotion of Their Symbols” to be constitutional.

“Decommunization should be considered not only in the context of this law. It covers six legislative acts. Even the probable abolition of this one law on the conviction of the two regimes, the prohibition of their promotion would not entail the return of communist names, especially communist monuments,” says Yasynevych

Communist symbols are a kind of marker to distinguish between friends/foes she said, recalling that on May 2, 2014 in Odesa, the thugs causing the unrest were carrying the Soviet flags.

“People use communist symbols to mark ‘inner circle people’. In this case, ‘inner circle people’ are the foes. The prohibition of those symbols in the public space is a security issue, including our safety and safety of our children,” stressed the member of the RPR Board.

A significant challenge for supporters of the left-wing spectrum ideologies is to cease to be associated with the totalitarian regime of the USSR, added Yasynevych.