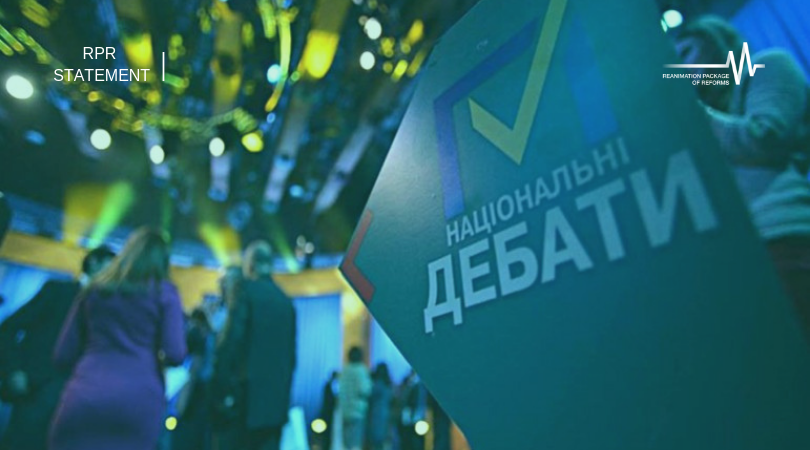 The law of Ukraine provides for a debate on the last Friday before the day of repeat voting. Participation of candidates in the debate is not a mandatory requirement of the law.

However, the course of the election campaign after the first round gives us a reason to require a debate with the obligatory participation of both candidates on the legal basis determined by law.

We believe that there is a major factor as to which society failed to get a substantiated response from the winners of the first round. This is a critical lack of clarity among citizens regarding your vision of the necessary progressive changes in the activities of the President.

From the candidate – the current President of Ukraine – in addition to the vision of the country’s development, we want to hear personally guaranteed steps to eliminate deficiencies in his management, first of all corruption and closeness of his circle and the lack of strategic communication which he himself admits.

As to the second candidate, the winner of the first round of elections, his team and managerial competences as the President of Ukraine remain largely unknown to the public. Therefore, we want to receive the relevant information together with the guaranteed declared democracy steps.

Without limiting your freedom of appeal to voters, we propose to use a matrix of questions prepared by us in accordance with the constitutional powers of the President of Ukraine as a guideline for the debate: