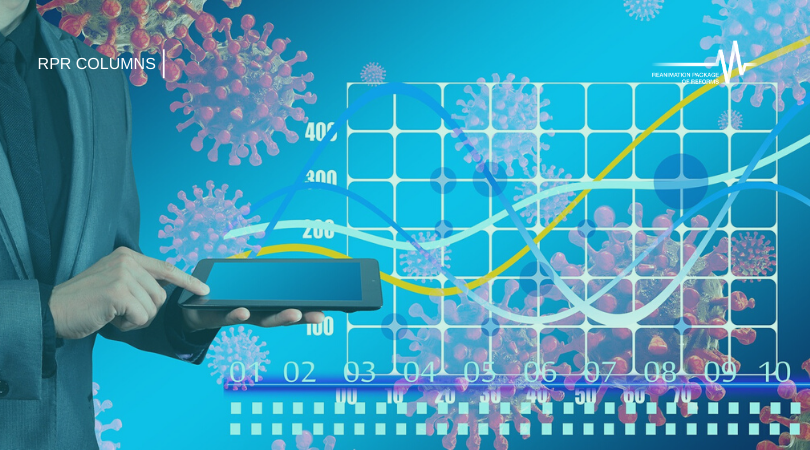 COVID-19 Pandemic and Its Immediate Impact On Ukrainian Economy

The COVID-19 pandemic has already inflicted severe damage on the Ukrainian economy despite relatively mild public health implications so far. The number of new COVID-19 cases seems to have stabilized over the last few weeks, and the number of hospitalizations does not seem to strain the healthcare system.

The disease containment was achieved through the two-month shutdown of public transportation, education, entertainment, and the non-essential retail sector and social distancing requirements.

Impact of the Pandemic

The direct impact of the pandemic on the economy has been channelled through stopped domestic economic activity in sectors affected by the shutdown, as well as lower demand for Ukrainian exports and lower remittances from abroad. Travel restrictions almost completely stopped local and international tourism.

Second-round effects stem from reduced household income, redirection of government spending and disruption of investment plans of companies, resulting in lower demand for a wide range of goods and service. For example, reduced electricity demand caused disruptions in energy system balance and lower demand for coal.

Short-term economic statistics show that economic pain inflicted by the pandemic was immediate and severe. Transport was hit the hardest as it was affected both by the shutdown and lower external and domestic demand. In April freight transportation (in tonne/km) was down by 27% including a 7.5% drop in railway freight and a 27% drop in trucking freight.

Transportation by pipeline was down by 45%. At the same time, freight traffic in the seaports increased in April as compared to April 2019 (higher grain and iron ore shipments offset lower seaborne steel exports) as part of international trade likely moved from land to sea to avoid delays on land borders.

The shutdown of intercity transport and restricted services of the local transport reduced passenger transport by bus (in passenger/km) declined in April by 95% over a year earlier and by electric transport (trolleybuses and trams) by 75%. Passenger service by rail and underground ceased completely.

Retail sales dropped by 15% in April over a year earlier as sales of essential goods (food, pharma, fuel – accounting for 61% of total retail sales in 2019) did not fall much, and sales of “non-essential” products continued to some degree despite wide-ranging store closures.

There were no significant disruptions in retail supply chains, and consumer prices remained broadly stable, increasing by 0.8% in March and April).

Industrial production fell 16.2% in April over a year earlier even though no industrial plants were ordered to shut down. The drop in output was more severe than the decline in demand likely due to uncertainty about future orders and the build-up of inventories in March.

Food, beverage, and tobacco production dropped by 6.5% over a year earlier, metallurgy production by 30% and machine-building by over 35%.

Chemical industry increased output by 6.5% and pharmaceutical production by over 17% a due to higher demand for disinfectants and medicines.

Agriculture did not feel the significant impact of the pandemic so far. The output in the sector was at previous year’s level in April, and spring sowing went ahead as planned.

However, drought in March and April damaged winter crops which are likely to reduce the harvest this year. Livestock numbers dropped somewhat (by 5% over a year earlier for pigs and 7% for cattle), but this trend started before the shutdown.

According to the news reports in May, higher steel demand in Asia helped Ukrainian steel exporters to sell more steel at better prices. Exports of other goods were more vulnerable to COVID-19 effects on trading partner economies.

Customs data on imports highlighted a sharp drop in domestic demand and the effects of lower commodity prices. Energy imports were down by over 40% over a year earlier in dollar terms in April and imports of machinery and equipment fell by over 29%. Imports of textile and apparel reduced by 30%.

COVID-19 does not seem to have put financial stability under strain so far. The outflow of deposits was modest, and hryvnia household deposits now exceed pre-crisis levels even as banks lower deposit interest rates in line with the NBU policy rate. Banks reduced their lending, and debt portfolio quality worsened somewhat, but banks seem to have plenty of liquidity to cover their payments.

Summing up, COVID-19 pandemic had drastic effects on economic activity in transportation while agriculture held up relatively well. The impact of the shutdown on retail sales seems to be more limited than could be expected from the scale of store closures in April.

There was a spectacular fall in industrial output in April as producers in many industries faced unsold inventories from March and uncertain prospects of new orders in April. The decline in output may be transitory, as demand did not seem to fall as much as production did.

Most significant restrictions on economic activity in Ukraine and other countries are likely to be lifted within the next 30 to 60 days if there is no surge in new cases of illness.