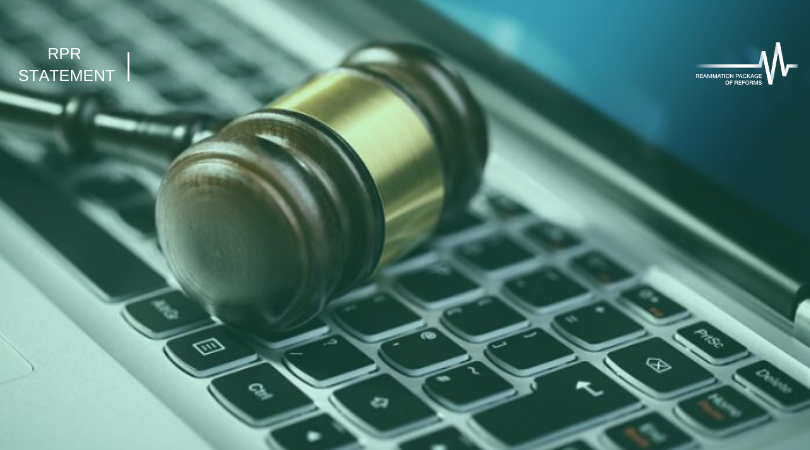 On March 17, the Council of Judges of Ukraine, and later the Supreme Council of Justice, to prevent the spread of COVID-19 coronavirus infection recommended limiting the admission of non-participants to court hearings and videoconferencing whenever possible.

Many courts, responding to these recommendations, have closed their doors to non-litigated visitors. In fact, the courts conduct closed court hearings, preventing members of the public and the media. Only some courts, such as the Supreme Anti-Corruption Court and judges of certain other courts, organize court hearings, following the principle of publicity of the trial. However, this practice is not widespread.

Some court hearings are held in videoconference mode. Broadcasting of these meetings in accordance with the requirements of the procedural codes is mandatory, but in most cases this requirement is not met.

The practice of ignoring the constitutional basis of the transparency of the judiciary by the courts (paragraph 6 of Part 2 of Article 129 of the Constitution) undermines the legitimacy of the judiciary. The European Court of Human Rights has repeatedly stated that Ukraine has violated the principle of openness of the trial (Luchaninova v. Ukraine, Shagin v. Ukraine).

The European Court of Human Rights stated that “the public nature of the trial guarantees the parties to the case that justice will not be carried out in secret without public scrutiny; it is also one of the means of maintaining confidence in the courts. The administration of justice and, in particular, the judicial process are legitimized through publicity” (see paragraph 56 of the ECHR judgment in the case of Shagin v. Ukraine).

Today in Ukraine there are mass violations of the principle of publicity of the trial. Restrictive measures due to quarantine cannot be an excuse for this, since the means available in the courts make it perfectly possible to organize court hearings on YouTube channels or Facebook pages of courts.

Failure to comply with these requirements blurs the distinction between the judicial and the executive branches of government. The judiciary, which values its independence, must not allow this.

We call on the Courts and the Supreme Council of Justice to respect the principle of transparency (openness) and to guarantee the transparency and openness of their activities, including the broadcasting of their meetings online.

Signatories of the application:

Members of the Public Law Network and the UPLAN Administration: