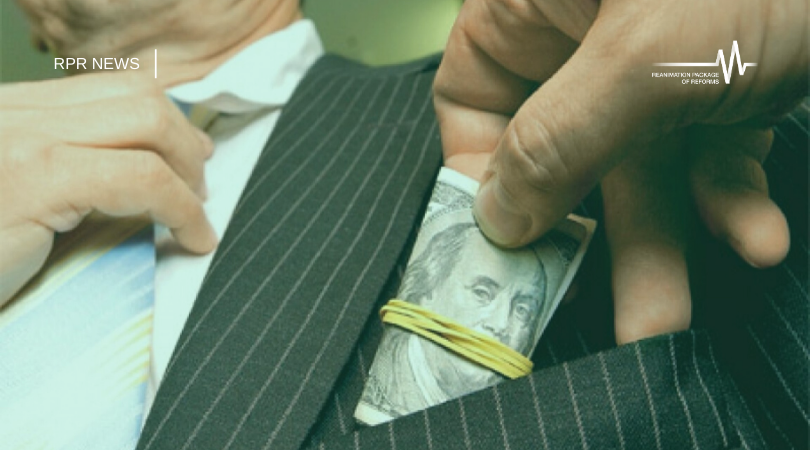 Corruption schemes VS corrupt officials: what to fight first

Corrupt officials may be removed from their posts, but their business remains alive: corruption schemes have been paying dividends to their users for years.

Who and how should deal with schemes, and how can we increase the effectiveness of this fight?

The definition of “corruption schemes” is absent in the legislation, despite the fact that we use it widely. The Corruption Risk Assessment Methodology developed by the National Agency on Corruption Prevention (NACP) drives even experienced lawyers crazy, confusing among such concepts as “corruption risks”, “risk factors”, and “object of corruption risk assessment”. But there is nothing about corruption schemes in it. Although corruption manifests itself in the form of corruption schemes – as well-established mechanisms for generating corruption incomes, often enshrined in laws and by-laws, or due to gaps in legislative regulation, shortcomings in government procedures or lack of proper accounting, software, and technical equipment.

As examples of corruption schemes, we can consider the well-known Rotterdam + (the essence: incorporating in the legislation the methodology for setting the price of coal in the interests of a famous oligarch). It is also about the earnings of service centers of the Ministry of Internal Affairs of Ukraine on driving exams, when students do not appear for a practical exam, using $ 100 as a king of insurance; selling sick leaves to healthy people who just go to Poland for a month to pick strawberries under the cover of sick leaves; or the import of commercial goods under the guise of humanitarian aid …

First of all, these are the authorities themselves, namely their leaders. Of course, if they are not beneficiaries of the schemes and have the political will and resources to overcome them.

Also, according to The Law of Ukraine “On Preventing Corruption”, NACP is responsible for the formation of an anti-corruption strategy. In accordance with the Resolution of the Cabinet of Ministers of Ukraine No. 706 “Issues of the Prevention and Detection of Corruption”, each executive body and state enterprises, institutions and organizations have authorized persons or units for issues of prevention and detection of corruption.

Leaders of government bodies are burdened with a large number of challenges and often are not able to provide systematic work to find the reasons for the functioning of the corruption scheme and develop ways to eliminate it. Large-scale sectoral corruption schemes cannot be overcome by one ministry. And measures to overcome corruption are often intersectoral.

For example, solving the problem of exporting roundwood under the guise of firewood will require the inclusion of representatives of a number of government bodies: farmers, foresters, customs officers, environmentalists, economists, and law enforcement officials. Therefore, this event is

difficult to organize in one ministry, and not one corruption prevention officer will reflect it in its anti-corruption program.

Consequently, in the anti-corruption program of the Ministry of Internal Affairs you will not find measures against such corruption schemes as “selling” criminal proceedings, “protection” of drug trafficking or gambling disguised as a lottery by law enforcement officers, illegal arms trafficking, or selling falsified medical certificates, driver’s licenses and sick leaves on the Internet. In the anti-corruption program of Ministry of Agrarian Policy and Food of Ukraine (now the Ministry for Development of Economy, Trade and Agriculture of Ukraine) there is nothing about overcoming corruption in the export of roundwood or amber. And the program of the Ministry of Energy and Coal Industry of Ukraine does not say a word about tariff-formation distorted by corruption, etc.

In addition, corruption prevention officers are overloaded with other functions (such as assistance in the electronic declaration of public servants, participation in various commissions, etc.). And the public, which, according to the law, should be involved in the analysis of corruption risks, has lost interest in participating in such commissions, since the real problems, as a rule, are not raised.

Thus, no one or almost no one is involved in overcoming corruption schemes.

At the same time, such activity requires a certain freedom of action, authority, mobile teams, high-quality investigations, establishment of interdepartmental communications, operational allocation of resources, a single focal point, and a non-standard approach to finding solutions. These competencies, capabilities and resources are unlikely to be fully available to the authority.

So, the approach of development of anti-corruption programs and overcoming industry-specific corruption schemes should be reviewed. Because only by changing the approach to a more effective one can we get an effective result.

What should be done:

As in any project, there should be a leader, a political customer, executors, resources (which can also be attracted from international donors), a detailed plan with deadlines and performance indicators, interim meetings of the project team, communication campaign with stakeholders – everything that we understand under project management.

The ability of the authority to independently overcome industry corruption schemes seems illusory to us. Often, there is simply a lack of human resources, for example, specialists who will prescribe the necessary changes to the draft regulatory act. Almost always, middle-level civil servants are

insanely leaning on change. The formal and informal influence of the beneficiaries of corruption schemes is also affected.

The specialists involved in overcoming the corruption problem should regularly evaluate, adapt the correctness of the chosen course and report to the leadership of the authority or top-level leadership (for example, Cabinet of Ministers of Ukraine) about achievements, obstacles, successes or imitation of anti-corruption activities. And also, to involve the widest possible circles of citizens in monitoring the progress of the anti-corruption fight in each area.

The new Cabinet of Ministers of Ukraine is still planning to implement a project approach to overcome corruption schemes defined by the expert environment. Among the anti-corruption measures (projects) that have been developed by more than 110 public organizations on the Together Against Corruption initiative platform, steps have been proposed to overcome such schemes as: export of roundwood, illegal amber mining, embezzlement of housing for the military, illegal slot machines, corruption upon obtaining a driver’s license, corruption related to funeral and a number of smaller but stable corruption schemes – 145 anti-corruption measures were proposed for joint implementation in the format of small and large projects.

Now letters have been sent to the ministries from the secretariat of the Cabinet of Ministers of Ukraine with a proposal to hold a discussion of the anti-corruption measures proposed by experts. Based on the discussion, individual project teams will be created. We hope and believe that the potential of civil society, a clear plan for the implementation of specific anti-corruption measures will allow us to introduce a powerful wave of effective changes.