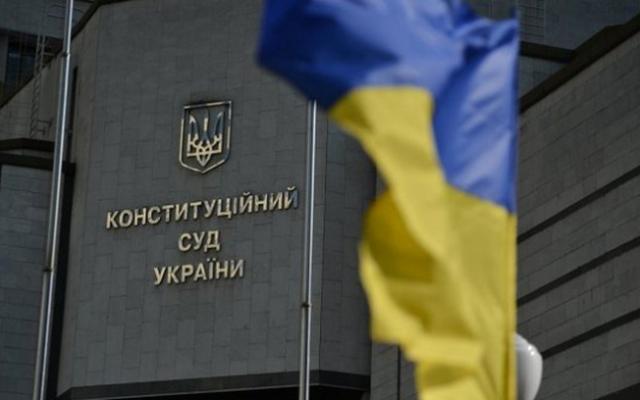 The Constitutional Court of Ukraine opened proceedings regarding unconstitutionality of the provisions on e-declaration requirement for anti-corruption activists. Respective constitutional appeal was initiated and prepared by Reanimation Package of Reforms.

Earlier, the same appeal was filed with the Constitutional Court by Ukraine’s ombudsman Liudmyla Denisova. As of now, two submissions have been joined together into one proceeding.  According to Yuliia Kyrychenko, member of the RPR Board and a manager of constitutional law projects at the Centre of Policy and Legal Reform, this indicates that the Constitutional Court considers the grounds for both appeals to be appropriate.

On July 20, 2018, MPs, representatives of Reanimation Package of Reforms and the Coalition for the Protection of the Civil Society in Ukraine submitted for the Court’s consideration the above said constitutional appeal signed by 65 MPs per RPR request.

As noted earlier by the experts, declaration for civil society activists violates at least three provisions of the Constitution. First, it contradicts the principle of the rule of law in terms of legal certainty and legitimate purpose. Second, the declaration requirement is a direct limitation on the freedom of association guaranteed by the Basic Law. Third, this is an interference with the private life of civic activists who are not individuals authorized to perform state functions and therefore are not required to submit declarations the way officials, judges and prosecutors are.