Reanimation package of reforms > News > Events > Constitution changes are the priority of the cooperation of the Parliament with the public, Stefanchuk 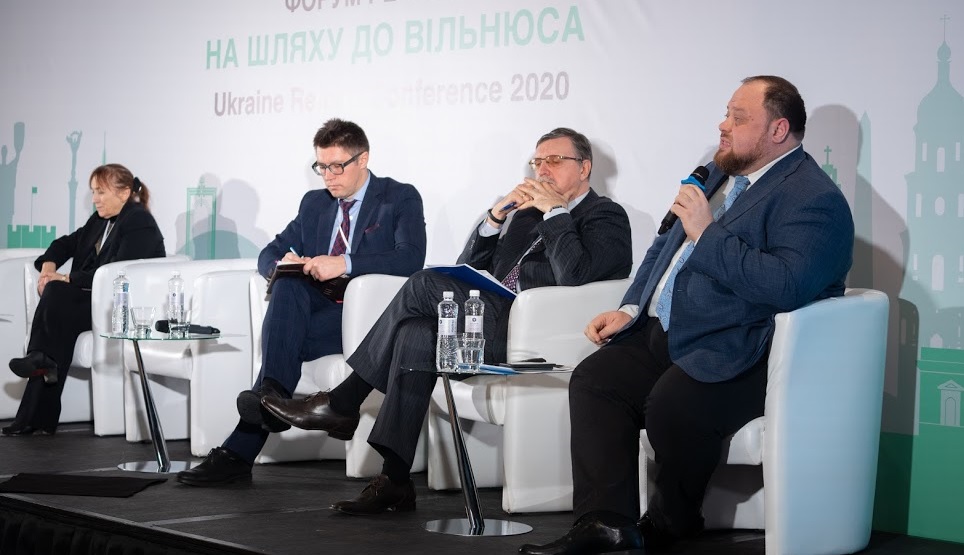 Constitution changes are the priority of the cooperation of the Parliament with the public, Stefanchuk

One of the main priorities of Verkhovna Rada in cooperation with Civil Society is changing the Ukrainian Constitution towards higher decentralization, national legislative initiative as well as reducing the number of deputies. Ruslan Stefanchuk, First Deputy Chairperson of the Parliament of Ukraine, addressed the planned changes during his speech at the “Reforms Forum: On the Road to Vilnius” on the 25th of February.

“We have collected all the initiatives from the public sector, which I would love to thank for the RPR Coalition Board. My first meeting as First Deputy Chairman of the Parliament of Ukraine was exactly with the public sector”, Stefanchuk said. Another urgent issue is the systematization of legislation, says Stefanchuk: “ We are planning to create the Code of Administrative Procedures, the Medical Code, the Digital Communications Code, and more. Besides, we will be working on the recodification of civil, criminal and housing codes.”

The next aspects are the questions that have been brought to light in the election campaign of the President: improving the climate for investments, digitalization and creation of the Bureau of Economic Safety, which will free law enforcement agencies of functions uncharacteristic to them.

Verkhovna Rada of the IX convocation operates on the basis of a legislative work plan, pays attention Ruslan Stefanchuk: “Before the Parliament functioned this way only in the years of 1997, 1999 and 2007. In the remaining years, Verkhovna Rada was without a comprehensive understanding of the necessary legislative initiatives”.

After the presidential election of 2019, the number of people thinking that Ukraine is moving in the right direction grew substantially. Director of the Ilko Kucheriv Democratic Initiatives Foundation, Iryna Bekeshkina, focused on the changes. “The end of the honeymoon: 50% of the people currently think that Ukraine is moving in the wrong direction”, states Bekeshkina.

The success of some government reforms is understood by quite a small amount of people, thinks Ihor  Burakovsky,  Co-Chairperson of the  RPR  Coalition  Board,  Chairperson of the  Board at the Institute of Economic Research and Policy Consulting.

As an example, he cited the adoption of a law on the introduction of an authorized economic operator, which was the impetus for the unlocking of customs reform. However, the cause for the lack of action can be caused by the inconsistency of the positions of deputies from the “Servant of the People”.

“At the moment business is mostly scared not by the corruption in the Parliament, but its unpredictability, when opposing statements are heard from different members of the same faction”, says Burakovsky.

Acknowledgement of the reforms by the new team coming to power in 2019, as some members of the public did, did not occur. Director of Center for Democracy and Rule of Law, Taras Shevchenko, discussed the issue. Before Ukraine Reform Conference 2019 the RPR Coalition together with the other public organisations has prepared “Toronto Principles” – a document that summarizes public reforms in Ukraine.

“Many aspects of the Toronto Principles are already making progress, as evidenced by the relaunch of the National Anti-Corruption Agency, prosecutors and increased funding for Suspilne Media,” Shevchenko cites.