Reanimation package of reforms > News > Events > Communication with the state in a few clicks: what do Ukrainians expect from the Ministry of Digital Transformation? 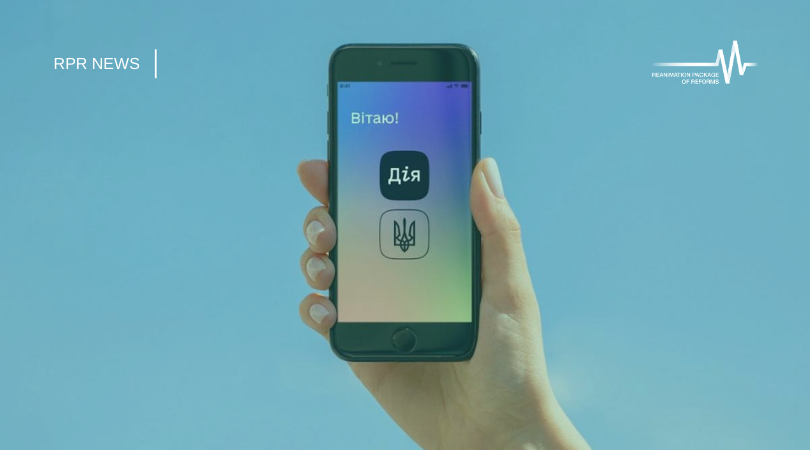 Communication with the state in a few clicks: what do Ukrainians expect from the Ministry of Digital Transformation?

“In the spring, we will launch the online service to change the place of residence. Next month, we also plan to provide the possibility to pay taxes, sign documents, start construction, and receive a number of other services online,” said Fedorov.

He also announced the launch of the first e-democracy tool in the spring: It will be a surprise, so I can’t tell you more yet. All the tools of direct democracy are planned to be implemented on the VzayemoDiya (“Cooperation”) platform.”

“Soon – after the adoption of the bill in the second reading – Ukraine may become the first country in the world where a digital passport will be legally equal to the regular one. And by 2024, the Ministry of Education plans to transfer most administrative services to online,” shared the minister. “People will be able to receive administrative services regardless of their place of residence.”

“We want democracy to be a real tool, not just a nice word,” the minister concluded.

Anna Yemelyanova, an expert on e-democracy tools at the Center for Innovations Development, mentioned the state’s plans to be included in the Top 20 countries in the development of e-democracy.

“However, being included into that rating should not be an end in itself but rather an indicator of Ukraine’s progress in specific areas: increasing the number of Internet users, the quality of e-participation, increasing trust, etc.,” the expert explained.

She reminded that the Roadmap for the e-democracy development in Ukraine was adopted in 2017. Then, in 2019, an action plan for implementation of the Roadmap in 2019-2020 was approved. Therefore, Yemelyanova emphasizes that it is necessary to develop a new action plan for the next few years.

“Ukraine has problems in the field of open data, which has become especially noticeable during the coronavirus pandemic,” pointed out the coordinator of “OpenUp: For Opening Everything” project, Nadiia Babynska Virna.

“Into the second year of the pandemic, the system of medical statistics remains unreformed: in terms of estimating the exact number of infected and vaccinated people. Moreover, the state was informationally unprepared for the distribution of vaccine residues,” said the expert.

Another important issue in the field of open data, according to her, is the optimization of the Open Data Portal: “The Open Data Portal should be cleaned of rubbish: there should be no empty files, which are sometimes published by the Kyiv City Council. High-quality moderation of this resource is necessary.”

Inna Sklyar, the head of the Committee for the Development of e-Services of the Public Council under the Ministry of Digital Transformation, named another problem in this area – lack of proficiency of the officials in the use of the Open Data Portal.

“Sometimes the officials themselves do not know how to publish information on this portal. Or they don’t understand why they have to do it,” – said the expert.

“The inventory of the Open Data Portal should be carried out by the end of 2021,” predicts the head of the expert group on the open data of the department of the electronic services development, Mikhailo Korneyev: “The updated version of Resolution 835 has finally removed the PDF format from the formats in which data can be published. And I hope that by the end of the year there will not be any of “our favourite” scanned machine-read PDFs on the portal.”

“If we talk about this sphere in general, we are on the right track. The level of maturity of the open data sector in Ukraine is 84% – this figure is higher than the European average (based on the European Open Data Maturity report 2020 – RPR Coalition)”, – concluded the expert on a positive note.

Overall, digital transformation and e-democracy require free access to the Internet, which is a problem for a significant number of the population in Ukraine, says Ihor Samokhodsky, a representative of the BRDO Better Regulation Delivery Office.

“New legislation stipulates that the Internet will be a publicly available service. That is, the state will help the poor with money, and residents of remote areas will be ensured with access to the network ” – explains the expert, adding that without these means the digital divide among Ukrainians will increase.

“It is profitable for the state to invest in e-democracy – it increases the trust in government. At the same time, the growth of trust in government agencies for every 10%, according to research, leads to 0.5% GDP growth,” sums up the moderator of the public discussion, director of the Center for Innovations Development, Serhii Loboyko.

It bears reminding that a public discussion on the priorities of the Ministry of Culture and Information Policy took place on March 24.