Reanimation package of reforms > News > Statements > Civil society Calls on Parliament to Support Bill 2089, Which Will Reduce Cost of Medication 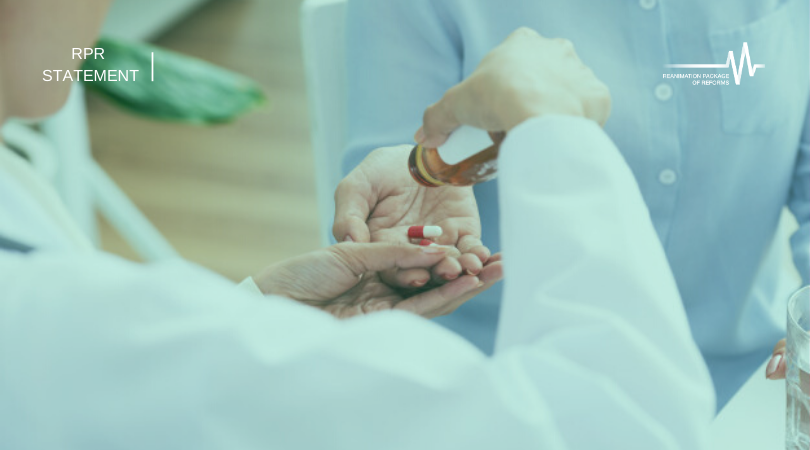 Civil society Calls on Parliament to Support Bill 2089, Which Will Reduce Cost of Medication

Imperfect patent law is one of the reasons for overpayments for medication and deaths of patients who have not received treatment. Today, the law allows pharmaceutical companies to hold a monopoly on medication through artificial patent extension. This leads to the rejection of cheaper generic drugs (analogues) on the market and an increase in budgetary costs for providing citizens with medication.

For example, in 2019 in Ukraine, due to the launch of the generic version of the drug for breast cancer TRASTUZUMAB it became possible to purchase a generic drug (trade name – Ogriri) at the state expense for three times lower price, which will allow 90% of patients to be covered by the state treatment compared to 15% in previous years.

Bill No. 2089 “On Amendments to Certain Legislative Acts of Ukraine on Increasing the Access to Medication for Citizens” prevents the abuse of intellectual property rights. Changes to Part 3 of Art. 6 of the Law of Ukraine “On Protection of Rights to Inventions and Utility Models” stipulates that legal protection does not apply to “new forms of known technology of medication, including salts, esters, ethers, compositions, combinations and other derivatives, polymorphs , metabolites, pure forms, particle sizes, isomers, new dosage or any new property or new use of a known drug. Therefore, it will not be possible to artificially extend patents on medication that have already lost their innovative character.

Due to the extension of patents in Ukraine those drugs that that are outdated are still considered “innovative” in Ukraine. As long as generics and biosimilars appear in developed countries, and the brand itself falls in price, Ukrainians are overpaying for a drug protected by an “evergreen” patent. The adoption of the bill will encourage manufacturers to enter the Ukrainian market simultaneously with the European market. Ukrainian patients will be provided with the similar to EU and US level of access to innovative medicines.

According to the bill, the patent can be challenged by any person who believes that the patent application violates its rights even before the patent is granted – still at the stage of consideration. Today, only pharmaceutical manufacturers can challenge a patent through a court after it has been issued.

Passing the bill will provide increased competition and lower drug prices. For example, after the expiration of patent protection in Ukraine for the drug IMATINIB, its value decreased by 67 times.

The Reanimation Package of Reforms Coalition calls on the Verkhovna Rada Committee on Public Health, Medical Assistance and Medical Insurance to recommend its support, and the MPs to approve the bill amending certain legislative acts of Ukraine on improving the accessibility of medication for citizens (No. 2089).