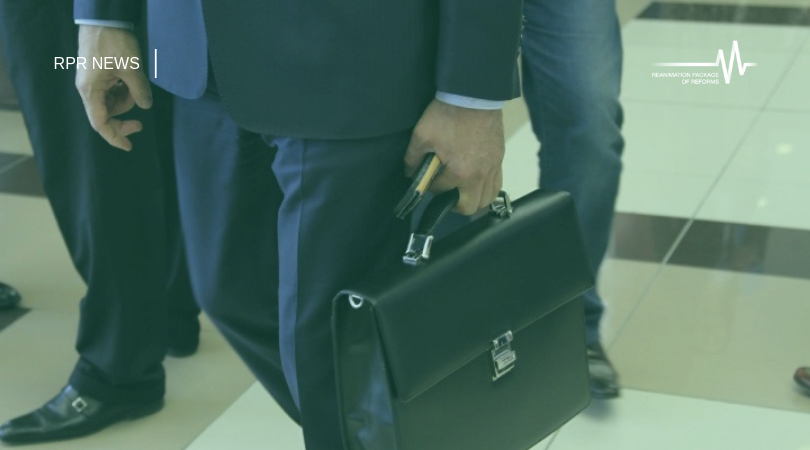 Civil service reform: achievements, failures and plans for the future

Recently, there have been calls to repeal the new law on civil service. This law was difficult to pass through the Cabinet of Ministers and the Verkhovna Rada, difficult to implement, and has now become undesirable for some politicians. Let’s try to find out why.

Civil service reform is one of the 6 main areas of this comprehensive reform:

The new law “On Civil Service” was drafted back in 2014 by a team of experts who submitted it for consideration and revision to the National Agency for Civil Service.

Finally, after a three-month marathon of discussions, two discussion sessions and consultations with the European experts from the Sigma project, the draft law was submitted to the Cabinet in late 2014.

After 3 months of “wandering” along the corridors of the CMU and no changes, the Cabinet submitted this law to the Parliament for consideration in late March 2015.

Resistance of the system to changes in the public sector was only beginning.

Politicians did not like this law because it forbade groundlessly dismissing civil servants and appointing them without any competition, and introduced some competency check for the “lucrative” offices.

Civil servants were not fond of it either because it introduced the concept of “competence” and the system of annual performance evaluation, limited bonuses (this norm, by the way, has not been put into effect by the politicians), and introduced recruitment to a vacant position in the public service only through open competition (civil servants are still afraid of open competitions).

Moreover, competitions for the most “lucrative” category “A” civil service offices should be conducted by a specially created Commission of the Senior Civil Service Corps, one third of which are representatives of non-governmental organizations (the author, by the way, is a valid member of the RPR Commission).

By the way, the Senior Corps Commission was also not good for the politicians. No wonder that the Cabinet of Ministers has not announced competitions for more than 40 vacant category “A” offices some which are very “lucrative”. Obviously, because no one could guarantee the “right” result and secure the “right” decision of the Senior Corps Commission. Previously, before the reform, such issues were always addressed by politicians behind the scenes.

We, the experts, thought that our reform mission had ended. It was too early to rest on laurels: there were 30 by-laws pending. They included the procedure for conducting competitions, the procedure for electing representatives of NGOs to the Senior Corps Commission, the concept of introducing positions of reform specialists, etc.

What is it all about? – The new law “On Civil Service” was not written in the offices of officials and politicians, instead it was developed by experts and the most “sophisticated” government officials of the time, agreed upon with the leading international experts and programs. It is absolutely European. Of course, it has some disadvantages, including those that have been identified, because in our “toxic” environment European norms and principles do not work they way they do in Europe.

By the way, the legislative reformist enthusiasm for the public administration reform of the previous authorities vanished.

The draft laws “On the Cabinet of Ministers of Ukraine”, “On Service in Local Self-Government Bodies”, “On Administrative Procedure” and the new CMU Regulation did not come into force for various reasons. All of them are no less revolutionary than the Law on Civil Service.

For some reason, these regulations did not please the president, the MPs, or the ministers. Or all of them.

Be that as it may, public administration reform has slowed down since 2017. Or rather, 4 out of 6 areas of the reform were slowed down.

According to RPR experts, the civil service reform looks rather successful compared to other areas of public administration reform.

As of late 2018, 74.5% of the PAR Strategy’s activities under the Civil Service and Human Resource Management, out of those that had to be implemented by now, were completed. For comparison, Strategic Planning and Policy Coordination – 41.7%, Reform of the Government and Central Executive Bodies – 37.5%, Administrative Services and Procedures – 39.3%. E-governance and Open Data Development is the “champion” – 90.5% of the planned activities.

The sixth area – Public Finance reform under the responsibility of the Ministry of Finance – was not evaluated by experts, but according to obtained information, the situation there is far from satisfactory.

Despite the fact that SIGMA program rated the state of public governance in Ukraine quite low in 2018 (the average score for the areas is 2.3 on a scale from 0 to 6), and despite the low ranking of our state institutions traditionally given by the Davos Forum (118th place out of 137 countries – is it a “victory”?), government officials reported unprecedented reform “achievements” at all the events (in fact, they did so for other reforms as well).

But, even in the relatively successful civil service reform, there are problems and shortcomings identified during its implementation.

Problems and shortcomings of the civil service reform

The legislation gives the following grounds for dismissal:

The dismissal of Category A civil servants is subject to the approval of the Senior Corps Commission.

The problem is not about the complexity of dismissal. In my opinion, there are sufficient legal grounds – they just don’t want to use them. The problem is that politicians want to have the right to arbitrarily dismiss their subordinates when there are grounds for this and when there are no grounds.

The problem is also that the right of arbitrary dismissal of civil servants in the past has led to virtually complete degradation of public service over the past 10-15 years before the new law came into force.

In a situation where governments changed every 1.5-2 years, and each minister appointed “friends” to senior positions to control “cash flows”, this has led to the fact that now there are three categories of employees in the civil service:

This classification of civil servants was given to me back in late 2014 by then Minister of Infrastructure Andrii Pyvovarskyi, who himself experienced the use of sabotage tools and resistance to changes in the ministry.

Of course, a newly appointed minister has the right to refuse to cooperate with the Secretary of State of the Ministry for various reasons, including psychological incompatibilities – complementarity does exist. Experts say OK, but a competition for an office should be conducted by an independent commission which has the expertise and ability to properly evaluate the competencies of candidates and to offer the minister the choice of no more than three winners (the current version of the law proposes one winner of the competition). The European principles are the same.

In addition, ministers have advisers that they can appoint and dismiss at their discretion.

A little bit of history. When we started to implement the reform, then current civil servants used to say: “Raise our salaries and we will work effectively.” In fact, there are two myths in this area: 1 – low salaries in civil service and 2 – high salaries or bonuses stimulate effective and efficient work.

In 2014-2016, civil servants’ salaries were relatively low, but heads of public authorities had the unrestricted right (and still have) to give bonuses and so-called incentives, within the payroll fund though. Therefore, there are many artificial vacancies in the public authorities.

In 2017-2018, the salaries of civil servants of categories “B” and “C” increased significantly and are now on par with the private sector, and the salaries of reform professionals are even higher. The salaries of senior civil service officials (category “A”) are even lower than the market ones, but the difference is not that striking.

Has the performance of civil servants increased? The question is rhetorical.

With regard to bonuses for civil servants, the situation remains unresolved. Currently, bonuses and incentives

Here we cannot do without the classification of civil service offices, adequate salaries, limitation of bonuses and incentives (no more than 20% -30% of salaries) and a clear link between the system of bonuses and the efficiency and effectiveness of employees.

With regard to financial incentives in general – there are doubts that bonuses lead to better and more effective work. However, this is a topic for wider discussion.

The importance of complex change

Finally, experts and the National Agency for Civil Service have prepared amendments to the Law on Civil Service, which offer solutions to these and other identified problems with the reform implementation.

But public service reform cannot be successful when other areas of public administration reform are unsuccessful. Both state institutions and old bureaucratic processes need to be reformed. And people in civil service need to be changed / trained / developed. These three unreformed areas together constitute an inefficient, non-transparent and bureaucratic post-Soviet civil service culture.

Unfortunately, for the 5 years of PAR implementation, the reform has received neither qualitative and responsible leadership (over the years, Zubko, Klympush-Tsintsadze, and CMU Minister Saienko were responsible for the reform) nor high-quality management.

Objectively, the Secretariat of the Cabinet of Ministers has failed its work on reform in the areas of government and executive bodies reform and state strategic planning.

The reform will be successful if it becomes the key task for the next government, and it will finally get both a true professional leader and the right management for whom the implementation of the planned reform at less than 80% will be a managerial disaster.

Without this reform, all other (or almost all) reforms in Ukraine are doomed to failure.

Serhii Soroka, for the UP