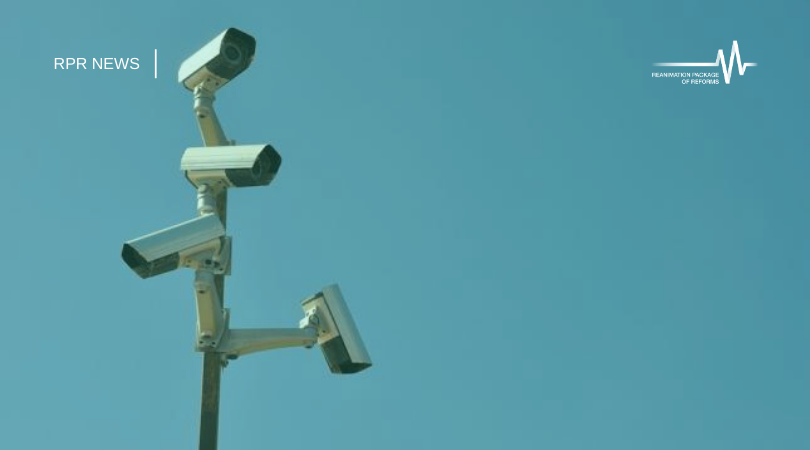 Whoever gives freedom in exchange for security will have neither freedom nor security.

It is exactly this maxim of the Founding Fathers of the United States that comes to mind when the question concerns video surveillance systems. In addition, the metaphorical, but quite a real Big Brother from Orwell’s 1984 is being recalled.

The number of video cameras mounted on poles and buildings is increasing daily in the streets of Ukrainian cities and towns. While just ten years ago there were few cameras with the image quality being terrible. Only in the recent years the technological progress made it possible to create complex integrated systems with hundreds and thousands of cameras capable of recording high-quality video, storing it for weeks with neural network algorithms being designed to recognize faces and car numbers. The anti-utopia future has come.

Of course, such systems are implemented not only in Ukraine. Among others, there are two opposite approaches being the one of China as opposed to the one in the US. In San Francisco, California, local authorities have recently banned the use of a face recognition function, except for its use in cameras installed at strategic locations, namely at train and bus stations and at the airports. Residents of one of the world’s most liberal cities and country are concerned about the mentioned opportunities in the context of interference with private life.

In China the approach is quite the opposite. The scale of the government’s Sharp Eye project is shocking: by 2020, the number of cameras installed will reach 600 million that is at least one video camera per two Chinese. These initiatives have already been called a digital concentration camp. Technology allows you to turn a huge country into a large panoptic – the perfect prison from Jeremy Bentham’s concept where prisoners are placed in cameras in a circle and do not see the guards whereas the latter are in the center and can see everything. The essence of a panoptic is the inability of those under surveillance to find out when the ubiquitous eye is directed at them which creates the illusion of constant observation and causes the one to be a perfect prisoner. No doubt, this approach contributes to the collective “public good,” but completely limits individual freedom.

A study of Ukrainian integrated video surveillance systems, prepared by the UMDPL  organization and supported by the International Renaissance Foundation, demonstrated the prevalence of these systems and the presence of a number of significant systematic problems that should be addressed as soon as possible.

Currently, there are more than 19,000 cameras with various functionalities operating in Ukraine, almost half of which are in the capital (according to this indicator, Kyiv is at the level of Moscow in 2017 with over 160,000 cameras now). Besides Kyiv, the largest systems were installed in Odesa, Dnipro, Lviv, and Kharkiv. In the meantime, the cameras are also placed in small towns and even villages.

Local councils regularly report on the growth of municipal video surveillance systems, expansion of functionality and plans for their further widespread distribution. Police are taking advantage of the latest technology and reported that a significant proportion of crimes had been solved through camcorders – up to 30%. Against the backdrop of the optimistic pathos, there is a growing concern, i.e. whether it is lawful, whether information is duly protected, who has access to it, and so on.

So far, only local councils have the resources to build large-scale CCTV systems, usually under local budget programs under the common name Safe City. Neither at the same time, the police, other law enforcement agencies and, moreover, individuals have no such financial resources. Therefore, it is interesting to create and operate the municipal systems that allow to detect the crimes and perform a significant preventive function in the area of public order. Big data is also useful in traffic flows and urban planning.

As it turned out, no law contains rules that would allow local governments to create such systems. Only certain cities have approved local by-laws and video surveillance regulations, while the law should be the basis for the by-laws in this case. However, all municipal video surveillance systems are unlawful, and their budgetary resources are not spent legally. In most cities, the legal regulation of systems, such as the storage period and the procedure for issuing information, is based on “customary law,” as in ancient times. Concerning the use of the latest technologies for public security purposes, Ukraine demonstrates a consistent disregard for the principle of legality: “Let’s do it now and then sort it out.”

All the systems are created in a decentralized manner, and law enforcement agencies are in kind of trouble with “the zoo of different approaches.” The most relevant is the transfer of the information storage, processing and protection functions to the state level leaving the cameras on the balance of local authorities. This will ensure an adequate level of security and the ability to quickly access the videos by all the relevant services. At the same time, a local council will be vested with discretion to decide whether to install the cameras and how to maintain them. The National Police is already gaining centralized access to the largest systems. However, the National Guard, the Security Service of Ukraine, the State Security Service, the State Emergency Service, and other services are also interested in such access. Therefore, centralization organized within a state-owned enterprise (under the wing of the Ministry of Internal Affairs) could be a solution.

The almost complete absence of warnings about video surveillance on the streets is threatening:  in most of the cities visited during the survey, local authorities do not consider it necessary to warn about it. Only in some cities, video surveillance warnings are more or less common with Kyiv starting installing the respective nameplates.

More than 10 years ago, a resolution of the Parliamentary Assembly of the Council of Europe on video surveillance in public places stated that anyone living or walking through a video surveillance area has the right to know about it and to have access to all the recordings with their image. However, in Ukraine this practice has not yet been incorporated into any legislative act, although the Law of Ukraine on the Protection of Personal Data provides for a right to know about the data collection.

Moreover, some cities practice the use of hidden mobile cameras for video surveillance system. Of course, this is an effective means to investigate crimes, but it has nothing to do with lawfulness and public order.

Ukrainian citizens may also begin to worry about their data, since, as video surveillance systems are not regulated, the transfer of personal data is often carried out at the discretion of system administrators or mayors.

The State Service of Special Communication and Information Protection of Ukraine emphasizes that our legislation does not imply that the image of a person’s face or car number constitutes personal data, so they may not require the construction and certification of comprehensive security systems for video surveillance systems. However, Odesa and Kyiv still did it voluntarily, and the Odesa system was already certified in August. In the meantime, the European Court of Human Rights has noted in several judgments that these are precisely the data to be protected, and even the strict General Data Protection Regulation (GDPR) tells us this. We need to implement the case law of the Strasbourg Court, and the GDPR, although it does not impose any obligations on Ukraine, is only a matter of time for us, since the Constitution provides for the irreversibility of the European integration.

Certification of comprehensive information security systems is quite an expensive thing, so far, only large cities can afford it, although the law requires it from everyone. On the other hand, the personal data in the systems is protected by the municipal authorities in the way it can, and this is not always successful. A notable example is a case from one of the Ukrainian region centers (oblast) where full access to the system can be obtained with a password that is among the ten most common on the Internet.

What are the potential risks of negligent information security? Just this year, there have been a number of high-profile scandals involving Kyiv users. So, one of the operators transferred (for money) the information about the movement of the first deputy director of the State Bureau of Investigations Olga Varchenko. In addition, unlawful surveillance was conducted on one of the intelligence officials commissioned by the Russian sabotage group aimed to blow up his vehicle. Fortunately, the crime was prevented in both cases. But this does not mean that information about our movement will not be sold, as databases on the book market “Petrivka” were once sold.

Even the hardware and software providers remain an issue. When the Russian manufacturers were almost driven out of the market by the Security Service of Ukraine (SSU), the company Hikvision controlled by the Chinese government-controlled has dominant positions in Ukraine. The government of China has a controlling share in the world’s largest video surveillance solution provider, and the company is included in the US sanction list, because of the potential threat to the national security and direct involvement in building a system of tracking national and ethnic minorities in China. Unfortunately, the SSU ignored our request to discuss this sensitive topic.

There are also Ukrainian software solutions that are actively developing. However, because of their exclusivity, they are less widespread and more expensive to maintain. Therefore, local authorities usually choose cheaper and easier options.

Undoubtedly, integrated video surveillance systems are not an absolute evil. They, as a nuclear fission reaction, can be a peaceful atom and can be the basis for the weapons of mass destruction. Which one will win – Western individualism and the rule of law or Eastern order and control – depends on us.