Reanimation package of reforms > News > Analytics > Battle of generations. Who, where and how voted at the Election to the Verkhovna Rada 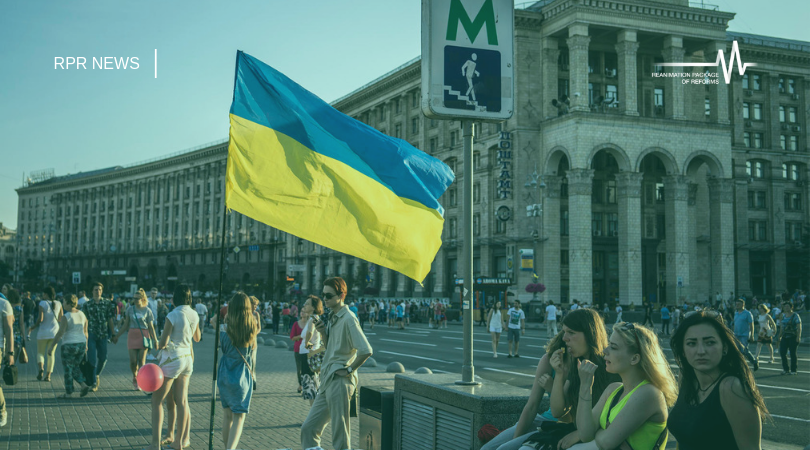 Battle of generations. Who, where and how voted at the Election to the Verkhovna Rada

Following the results of early parliamentary elections, 5 political parties got into the Verkhovna Rada. Another 6 parties have not overcome the 5% threshold, but they can count on public funding.

Different voters voted for each of the parties, but sociology allows highlighting certain differences among supporters of a particular political force.

Based on the data of the National Exit Poll, we will try to answer the following question:  how different the voters of different parties are.

Of course, all these generalizations are to some extent simplified, since the structure of voters of each political force has people of different age, level of education, region of residence.

However, when it comes to trends, almost every party has its own unique portrait of a voter.

Servant of the People

The pro-presidential party Servant of the People brings 254 MPs to the parliament, which allows it to form a one-party majority.

It is an incredible political success for such a young party. Especially given the fact that a few months ago, even experts knew no more than a dozen people in Zelenskyi’s team. Due to the lack of human resources, they even joked that the top places on the list will be given away in popular Instagram repost contests.

If we have a look at the socio-demographic structure of the party voters, with a few exceptions, it covers all categories of voters. Perhaps the only significant feature is that there are slightly more young people and women among Ze! supporters, and the share of senior citizens and men is lower than average.

There are no striking differences in other respects.

OPFL can rightly be considered the most “pensioner” and regional party.

This political force managed to win in two regions: Donetsk and Luhansk. But there is no need to talk about any nationwide spread – almost all of its voters live in the East and South of the country.

OPFL was lucky that few young people and many elderly people came to the July elections – otherwise its result could have been much lower. Almost 60% of its voters are over 60 y.o., and 80% are over 50 y.o.

The party is absolutely not popular with young Ukrainians. Among all those who voted for OPFL, youth represents less than 3%.

Party’s results are also below average among people with higher education.

Fatherland takes the honorary second place among the favorite parties of Ukrainian “pensioners”. Among its voters, more than half are people over 60 y.o..

The share of young people here is also insignificant, but still among the voters of Tymoshenko’s party it is higher than that of the OPFL.

Supporters of the Fatherland live mainly in the center of the country, many of them reside in villagers. Also, party voters have a slightly lower level of education than in general among exit poll participants.

Tymoshenko’s supporters most often supported the party long before the election, and only a small share of voters decided to vote for the political force during the parliamentary campaign. This indicates that the campaign mostly went down the drain. Its main purpose was to make the all-time voters stay rather than try to lure voters of other parties.

Fifth President Petro Poroshenko’s supporters are concentrated in the West and in central Ukraine.

Most often, these are people with higher education, of all ages (except for the youth who did not actively vote for the ES), mostly residents of regional centers.

The supporters of European Solidarity are mostly those people who supported the party long before the elections.

But, as was the case with Fatherland, all efforts of the political force were aimed at keep the electorate that voted for Poroshenko during the presidential campaign. In fact, the party won no new voters.

One of the most youthful parties is the Voice.

There is a high share of people with higher education in the structure of the party’s voters (albeit slightly lower than that of the ES).

At the same time, the Voice failed to become a national party in this election. The main share of their voters lives in Halychyna (Lviv, Ivano-Frankivsk, Ternopil regions) and in Kyiv.

The party completely failed electoral expansion to the East and the South. The fact that the election was extraordinary played Old Harry with the Voice. They collected the bulk of votes in the last weeks before the election and may have been able to add more if the election had taken place a little later.

In addition, the party did not find anything to offer to older people, whose share in the electorate structure was twice lower than the average.

The Radical Party has, to some extent, a unique voter.

The first feature is that the lower the level of education of the respondent, the more likely he/she is to vote for Lyashko’s party. Moreover, more than two-thirds of the supporters of “radicals” live in villages and towns, which allows us to talk about the only “rural” party in Ukraine.

The party also has many older voters, but still less than the “pensioner” parties OPFL and Fatherland.

Strength and Honor is one of the few political parties that can be referred to as “male”.

Considering the fact that the structure of voters is generally dominated by women, a considerable number of men among the supporters of the Strength and Honor indicates a significant shift of the electorate.

More than half of the party’s voters live in the center of the country, including many older people with higher education.

Male electorate prevails among the supporters of the Strength and Honor, Civic Position, Svoboda and Party of Shariy

Opposition Bloc is most popular in the southern and eastern regions.

At the same time, unlike the OPFL, there is no total dominance of older voters, who, though they dominate in the electorate structure, are not dramatically different from the general picture.

Comparing these voters with OPFL’s electorate, there is a slightly higher level of education and more women.

Among them, few are young. Many of its voters live in villages.

Also, the majority of voters of this political force decided to vote for it during the election campaign, among them the largest share, compared to other parties, is represented by people who chose to vote for the party directly at polling stations.

Party of Shariy can be referred to as a “student” party.

It has the largest share of young people in the electorate and people who are studding in higher educational institutions (or have tried to get higher education but have not graduated from university).

At least half of its voters live in regional centers, which is also the highest figure compared to other parties.

They are mainly concentrated in the East and South, namely Donetsk, Odesa and Kharkiv regions. Another notable aspect – Shariy’s Youtube messages are better perceived by men who form much larger share in the electorate than women.

More than half of its voters live in the west of the country, and a significant share outside the Western region can only be observed in the capital. At the same time, the sympathizer of Ukrainian nationalists is most often an educated person who has been supporting the party for a long time.

To sum up, we can highlight “youth” parties, such as Servant of the People, Voice and Party of Shariy.