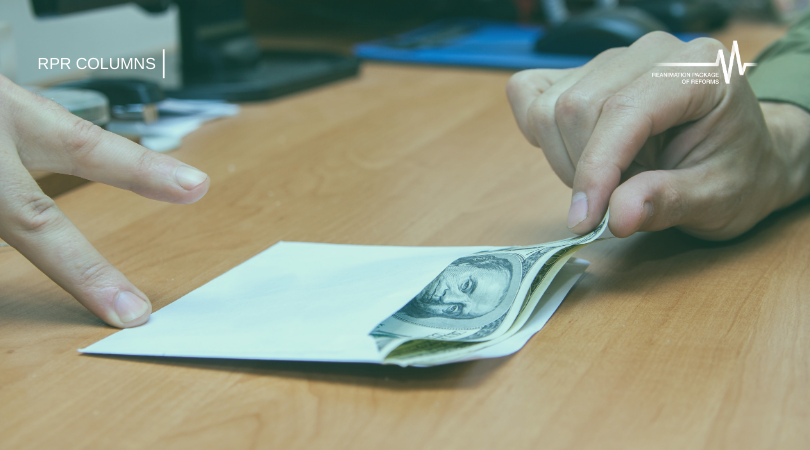 Anti-corruption drama in Ukraine: Introducing reforms beyond the constitutional background

After the 2014 Revolution of Dignity in Ukraine, the anti-corruption agenda quickly became le fétiche for Ukrainian society. The disgraced President Viktor Yanukovych’s corrupted regime, associated with the criminal world and pro-Russian vector of foreign policy, seemed to be left in the past forever. Then-elected President Petro Poroshenko was a living embodiment of the widespread expectations and beliefs in a new, better Ukraine with zero tolerance for corruption. However, the anti-corruption crusade shortly ran aground on a reef of political reality and caused a multitude of negative—foreseeable but unfortunately overlooked—consequences.

To understand the peculiarities of anti-corruption reforms in Ukraine, we need to first look at the reformers’ agenda in 2014. They argued that the complete eradication of corruption could be ensured by two types of measures: prevention and combating. The National Agency for Prevention of Corruption was supposed to implement the first type of measure, while the National Anti-Corruption Bureau of Ukraine (NABU) as a pre-trial investigative body was supposed to implement the second one. Since 2014, the establishment and operationalization of these agencies have become the highest priority over all sorts of related actual reforms.

Under the 2004/2014 version of the Constitution of Ukraine, the central executive bodies (incl. ministries, governmental agencies, commissions, etc.) are established or reorganized by the Cabinet of Ministers (Cabinet). The Cabinet also appoints the top-management staff to such bodies. The National Agency for Prevention of Corruption was established as a governmental agency within a system of executive bodies. NABU, in contrast, was not.

The NABU was initially designed as a criminal investigation agency to address the worst corruption cases (i.e., those leading to considerable losses or involving high-ranking officials). The efforts of anti-corruption champions were also focused at detaching the NABU from the ongoing reform of the prosecution service.

Ukraine inherited its prosecution service from the USSR, and thus its structures possessed too many functions and excessive powers. At the same time, as a Council of Europe member Ukraine was obliged to reform the prosecution service and make it more balanced, which specifically required the removal of pre-trial investigation functions for grave crimes and crimes committed by public servants. The 2012 Criminal Procedural Code stated that in the next five years the investigative functions of the prosecutor’s service should be transferred to a State Bureau of Investigation (SBI). This agency would be mandated to investigate all corruption incidents, including top-corruption ones as they were usually committed by public servants. Nevertheless, in the aftermath of 2014 the anti-corruption champions convinced international and domestic partners that it would be better to quickly create a separate agency (NABU) to investigate the top-corruption cases instead of spending time and resources on creating an investigative agency with a broader mandate.

The anti-corruption experiment continued and its champions requested a unique status for the NABU that would allow it to go beyond the constitutional architecture (i.e., legislative, executive, and judiciary branches of power) without any constitutional amendment. In other words, instead of being a part of the executive power (headed by the Cabinet), the NABU received an artificial and obscure status of a state law enforcement body, the director of which should be appointed by the president. The Constitution, however, was utterly clear on the issue: no law enforcement bodies can be established beyond the system of executive power; if any constitutional redesign was needed, an amendment to the Constitution would be required.

Most likely, the idea of a separate status for the NABU was born in the office of President Poroshenko. It seems that he sought electoral benefits from becoming associated with the successful implementation of anti-corruption reforms. In turn, Ukrainian civil society supported Poroshenko because they somehow expected the presidential authority to guarantee the independence of the newly established agency. Unfortunately, the Law of Ukraine “On the National Anti-corruption Bureau of Ukraine” adopted by the Ukrainian parliament—the Verkhovna Rada of Ukraine (VR)—was Poroshenko’s version, which granted the president at least two unconstitutional powers: (1) to establish a state law enforcement agency that was non-accountable to the structures of the executive branch; and (2) to appoint the director of the NABU. The same unconstitutional bravado was later performed with respect to the SBI, which in fact had initially been conceived in compliance with all procedures (as an executive branch agency).

However, such a legal gimmick was not entirely a dubious development; to a certain degree, the NABU’s status was a copy-paste of the status of the Ukraine Security Service (SBU). The latter is a domestic intelligence agency, a state body of special purpose with law enforcement functions to ensure the state security of Ukraine, which is subordinated directly to the President. Apart from its focus on intelligence, the SBU can investigate crimes related to breaches of national security. This said, a Security Service is clearly mentioned in the Constitution, and therefore none can question either its functions or the appointment of its executives. But the NABU’s case is different.

Even before the NABU legislation was adopted in 2014, parliamentary law experts and Ukrainian think-tankers regularly warned domestic policy makers and international partners about the risks of designing the NABU outside of the constitutional framework. In turn, the Constitutional Court of Ukraine regularly delivered clarifications on the presidential powers in the current premier-presidential system of government. The court constantly reiterated that the exclusive list of presidential powers was enshrined in the constitution and cannot be expanded by laws.

Thus, the developments in 2020 were not unexpected. The Constitutional Court delivered two rulings on the legality of the appointment of NABU Director Artem Sytnyk by the President, declaring both the presidential decree on his appointment and selected provisions of the law on the NABU as unconstitutional. These rulings of the Constitutional Court were based on the previously adopted Decision No. 5-r/2019 (“On an independent regulator in the energy sector”) and Opinion No. 7-v/2019 (“On the NABU and the SBI”) of this court. The Constitutional Court reaffirmed that agencies which run criminal investigations must be part of the executive branch, which is headed by the Cabinet; instead, the direct or indirect influence of the President of Ukraine on these agencies undermines the principle of the separation of powers and could lead to violations of human rights and freedoms.[1]

However, neither of these 2020 rulings of the Constitutional Court on the NABU was perfect in terms of reasoning. While the Court came to a foreseeable and correct conclusion, yet it failed to communicate its rulings in a comprehensible manner. Thus, the majority of Ukrainians did not understand the Court’s logic and blamed it for what they saw to be the willful destruction of Ukraine’s anti-corruption architecture.

This said, both the current Ukrainian government and the anti-corruption champions continue to ignore the Constitutional Court’s rulings on the NABU. Moreover, their reluctance to accept these rulings further jeopardizes the situation. The fact is that apart from the NABU, many more governmental agencies function outside of the constitutional framework of the separation of powers. Today, at least, the SBI, Security Service, and Foreign Intelligence Service are not accountable to the Cabinet and remain coordinated from the Office of the President.

After the NABU was established, the Verkhovna Rada finally voted on the SBI. In 2015 the Law of Ukraine “On the State Bureau of Investigation”was adopted with a clearer and more elegant text, much in line with the Constitution. The agency became a law enforcement unit within the executive branch; however, the right of appointment of the SBI’s director — following the general political consensus—was still assigned to the President of Ukraine.

The SBI started to operate at the end of 2018. It took almost three years to select a director. The reason was that two of Ukraine’s most powerful political actors were competing for at least operational control over the SBI—Interior Minister Arsen Avakov and President Poroshenko.

Meanwhile, a number of legislative amendments were proposed to the SBI law. However, they did not concern the limitation of powers of the president over the agency, nor a change in its organizational and legal status. Eventually, after a year of operations the SBI was “rebooted” in December 2019 with some new amendments falling into place. First, the Verkhovna Rada of Ukraine dismissed the Poroshenko-appointed SBI Director and Deputy Directors by altering the transitional provisions of the SBI Law. This alteration came as an unconstitutional move.The SBI’s top management had legal guarantees against early removal, and the Ukrainian parliament possessed no authority to overrule them. Second, the Verkhovna Rada changed the status of the SBI from the central executive body to a state law enforcement body that operated outside the executive system. Again, neither MPs nor anti-corruption champions listened to the warnings from the constitutional law experts and Ukrainian think tanks.

To make matters even more dramatic, a week before President Volodymyr Zelensky signed the new law rebooting the SBI, the Constitutional Court of Ukraine delivered Opinion No. 7-v/2019 (mentioned above). In this ruling, the court rejected the amendments to the Constitution of Ukraine that had been drafted by Zelensky. According to these proposed amendments, the NABU and SBI top executives would be appointed by the President of Ukraine without any involvement of the Cabinet. The consequence of this legislative mess is apparent: after a whole year the SBI still does not have a permanent director, which has negatively impacted its effectiveness.

Notably, the case concerning presidential powers over appointing the SBI Director is presently in progress with the Constitutional Court. This case is the same as it was regarding the NABU.

Some final comments should be made on the matter of the Supreme Anti-Corruption Court (SACC), whose mandate was determined by the 2018 law on its creation. The court itself was established by a corresponding lawand became operational in September 2019. The SACC has jurisdiction over the most grave criminal offences of a corruption nature that are committed by top public officials. It operates as both a trial court and a court of appeal. The rulings of the SACC Appeal Chamber can be revoked only by the Supreme Court of Ukraine. However, if an accused person or victim is (or has been) a judge or employee of the secretarial body of the SACC itself, that court has no jurisdiction over criminal proceedings in such cases. This makes the Court of Appeal (within the territorial jurisdiction of the city of Kyiv) effectively a trial court, and a criminal chamber of the Supreme Court should decide on the court of appeal.

On 17 July 2020 forty-nine Verkhovna Rada deputies filed a request with the Constitutional Court of Ukraine for a constitutional ruling regarding the consistency of the SACC law. Opponents of the SACC claim that it enjoys the status of a special court, which is forbidden by the Ukrainian Constitution. However, this appeal against the SACC law has a much weaker reasoning. In fact, unlike the NABU or the SBI, the SACC was established within the proper constitutional framework as a higher specialized court (see Amicus Curiae Brief[2]).

As the end of 2020 approaches, Ukrainian policymakers are hesitating regarding the problems with the NABU’s and SBI’s status. While the SACC appears to be safe from the constitutional standpoint, these two agencies lack the constitutionality to be effective in their operations, and thus far corrective actions have not been taken. No doubt the anti-corruption drama is “to be continued” in 2021.

[1]          Volodymyr Petrakovskyi, “The President as superior for Security Service of Ukraine: Is it constitutional?” Blogactiv.