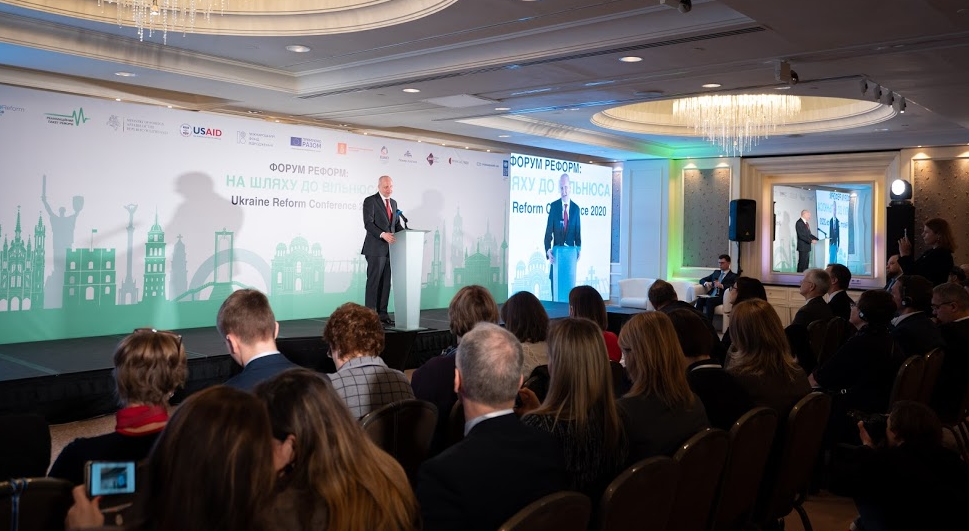 Ambassador of the EU: NBU independence and land reform will strengthen Ukraine’s economy

EU financial institutions have mobilized more than € 15 billion in loans and grants for reforms in Ukraine since 2014. This was noted by EU Delegation to Ukraine Matti Maasikas during the Reforms Forum: On the Road to Vilnius on 25 February.

“In Ukraine, the macroeconomic situation has stabilized, the banking system has been almost optimized, Naftogaz has been undergoing bandwidth, decentralization is continuing, and the Government is improving public access to public services through electronic services,” – as Matti Maasikas said. But in order to fully restore confidence in the banking system, it is necessary to strengthen the independence of the National Bank of Ukraine. Future land and education reforms can further improve Ukraine’s economic situation.

“The European Union is ready to contribute to the development of Ukraine’s economy and the further implementation of the Association Agreement with the EU,” the European diplomat stresses.

The Ukraine Reform Conference in 2020, which hosted the Forum of Reform, will allow Ukraine to analyze achievements over the past year and set priorities for the future. Ambassador of the Ministry of Foreign Affairs of the Republic of Lithuania Richardas Diagutis told about this. Ukraine Reform Conference this year will take place in July in Vilnius (the Republic of Lithuania). The conference brings together key Ukrainian and international stakeholders, community experts and the donor community.

“After the 2019 elections, the role of civil society at the central and local levels has increased in Ukraine. Now, public experts have a greater influence on reforms”, – Diagutis said.

“True security and economic prosperity are only possible if the government and civil society cooperate,” – he said. The power of Ukrainian civil society is demonstrated by the Toronto Principles, a vision paper summarizing reform in Ukraine, developed for Ukraine Reform Conference 2019. The Ambassador of Canada to Ukraine Larissa Galadze told this.

“NGOs are a significant asset of Ukraine, and international partners are increasingly aware of this,” the ambassador said. “Real change is an effective state, unified rules for all and raising social standards. And restoring territorial integrity is a historical justice, not a gift to Ukraine for good behavior or any compromises, ”- as Burakovsky summed up.