Reanimation package of reforms > News > Columns > Alone with the system 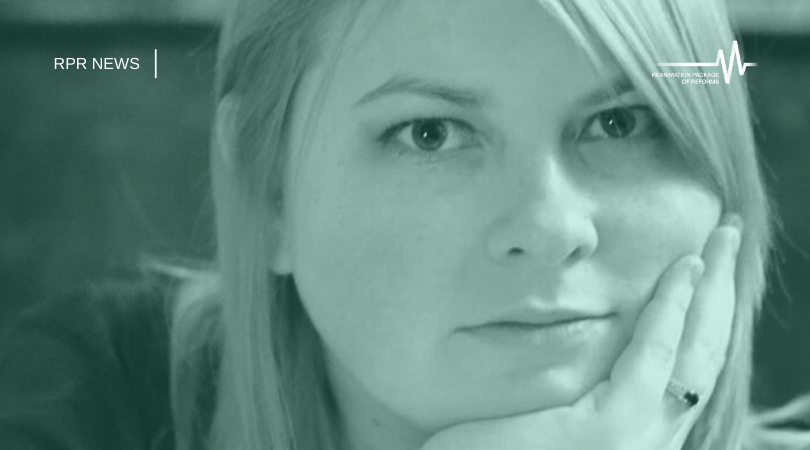 Alone with the system

Despite the fact that a year has passed since the death of Kateryna Handziuk, her case still remains unsolved, the killers have not been identified, the investigation is moving poorly and slowly.

Last week, Attorney General of Ukraine Ruslan Ryaboshapka said that prosecutors did not want to investigate the case. The murder of Kateryna, as well as visible campaigns that her friends – members of the public initiative “Who ordered Katya Handziuk?”, drew the public attention to the problem of persecution of public activists and raised the questions about both the effectiveness of the investigation and the work of the entire law enforcement system.

Since April 2019, the Association of the Ukrainian Monitors for Human Rights in Law Enforcement (UMDPL Association), in collaboration with the NGO “Protect” [ЗахисТи] have documented 68 cases of pressure put on activists, human rights activists and investigative journalists across the country, except for the temporarily occupied territories. They were subject to pressure through the legal mechanisms (lawsuits, administrative criminal or civil cases) and unlawful acts (beatings, assaults, surveillance, threats, intimidation, damage to movable or immovable property).

2019 tendencies: political detentions, legal pressure, defamation, physical assaults. The trends observed this year are different than in previous years. It was an election year, so it had some peculiarities. Among others, the political arrests and harassment of civic activists during the election period should be separately noted.

Between the first and second rounds of the presidential elections (April 7-18), law enforcement officials detained the members of the “Sich” movement that conducted an all-Ukrainian campaign called “Stop Ze revenge.” [Стоп Зе реванш]. The activists distributed the leaflets with information about the threats that, in their opinion, would arise if one of the presidential candidates, Volodymyr Zelensky, came to power. They did not explicitly call for a vote in favor or against one of the candidates. However, actual detentions of activists took place in Kyiv, Bila Tserkva, Rivne and Kharkiv. Law enforcement officers seized materials and drew up administrative reports on the distribution of pre-election campaigning materials and sometimes on the failure to obey police orders.

Another striking thing is the politically motivated pressure on the newspaper “Big Kyiv” [Великий Київ]. The cover of one of the editions featured an image of President Volodymyr Zelensky with a cell phone in a stylized infernal cauldron. Under the cartoon, it was written: “Bakanov? I am about that devil…” Law enforcement officials decided that this cartoon contained “false and defamatory information against the candidate” (though Zelensky did not run in the parliamentary elections) and removed the newspapers and drew up an administrative record for violating the restrictions on the election campaigning. In general, from July 17 to July 19, the police detained the distributors of the Big Kyiv newspaper five times.

In addition to the fact that the cases were largely political, they raised another acute problem in the work of the law enforcement agencies: the police unlawfully prohibit peaceful meetings and practice shadow detentions (when actual detention is carried out without legal grounds through “invitation”, “delivery”, etc. and, respectively, without following the applicable procedure).

This problem was particularly acute when in Riven the police detained two activists holding a rally to impeach the president. One of them was 16-year-old Darina Kotsiuruba. In the department, they drew up the administrative records on violation of order and organization of meetings. According to the activist, she was not explained her status: whether she was detained or not, the girl spent about two hours in the lobby where she was shouted and pressured, and, while trying to leave the police department – she was also physically obstructed. The mother of a minor activist was charged with the administrative record for the failure to fulfil her parental responsibilities. And although the court later acquitted the activists, the disciplinary commission did not find any violations in the actions of police officers, and therefore no one was held responsible for the unlawful prohibition of the right to peaceful assembly.

It should be noted that in Ukraine it is only required to inform about the assembly without the need to obtain a separate permission for it, and the right of citizens of Ukraine to peaceful assembly is guaranteed by the Constitution of Ukraine and international treaties.

Another trend – increase of the legal pressure –can be seen, among others, in Odesa where a high-profile case “13 friends of Soling” took place. In the context of this case, the building company Soling filed a lawsuit (for 1 million Ukrainian hryvnyas each) against 13 activists from Odesa who challenged the construction of the eight-storey building on the territory of the city garden requiring also securing the lawsuits through the arrest of property. So now, instead of working and defending their rights, activists are forced to attend court hearing and defend themselves.

Another striking example of the attacks on activists is the lasting attempts to discredit them. For example, in July, unidentified persons posted on social networks the fake information about social activist Yuri Dyachenko. The ad posted a photo of the activist and stated that he was wanted by the police for raping a minor girl.

One more telling case is the wave of discreditation campaigns against the analytical platform VoxUkraine after the release of their material with a check of the speech delivered by a deputy from the party “Opposition Platform – For Life” [Опозиційна Платформа – За життя] Viktor Medvedchuk, on the channel “112-Ukraine”. Two hours after the release of the material, there appeared defamatory articles about “pure lies” and “working on the order from Soros” addressed at VoxCheck”. In total, similar materials appeared on eight resources that day, and a total of 22 similar materials was recorded.

However, discredit is by no means the worst thing that happens. In 2019, there remains a trend of physical attacks, threats and intimidation of public activists. In particular, attacks on the LGBT activists and the so-called “safari” after the March of Equality continued (when activists were harassed and physically harmed after the event). Violence during LGBT actions took place in Odesa, Kharkiv and Kyiv.

Also this year, in Cherkasy a journalist was killed because of his professional activities. On June 20, 2019, at night Vadim Komarov died after being brutally beaten on May 4 without regaining consciousness. According to doctors, the victim received three blows to the head with a heavy metal object. Komarov’s colleagues stressed that on the eve of the attack, Vadim announced the publication of materials proving the corruption schemes of Cherkasy officials. Police released a photo-shoot of the alleged assailant, but the case remains unsolved.

What can the law enforcement bodies do today to protect the activists?

Nowadays, we often hear that investigative actions are carried out ineffectively and untimely. This results in the fact that many crimes remain unsolved. Law enforcement officers should systematically and publicly report on certain stages and results of the investigation preserving, at the same time, the confidentiality of the investigation. This will help journalists and activists “keep their hands on the pulse” and track the progress of investigations.

In addition, it would be useful to introduce the systematic collaboration between the law enforcement and civic activists to facilitate the investigation of attacks and the development of preventive mechanisms. Such could be ensured if one of deputies of the National Police Central Department was vested with duties to carry out systematic communication with activists on their security issues, investigations of attacks and prompt transfer of information about criminal offenses to the activists.

Another important element of the protection of public activists is the response of law enforcement officers to their requests for the need to carry out certain investigative actions. Attacks happen and will continue because perpetrators and instigators feel safe. Law enforcement officers must ensure that all the investigative actions are carried out in an efficient and timely manner. Especially – including the information regarding the facts of attacks / threats to activists into the Unified Registry of Pre-Trial Investigations [ЄРДР].

In addition, it is crucial to ensure that security measures are quickly put in place for those activists who have already been attacked and for those receiving threats and to simplify the procedure for granting state protection to activists. It should be noted that a well-known human rights activist Iryna Nozdrovskaya, who was killed last year, had previously received a number of threats and had applied to law enforcement agencies, but she had not been granted state protection. Later, Iryna Nozdrovskaya’s daughter Anastasia also received threats – the activists agreed with the Head of the Kyiv Region Police Department to grant her and the parents of the murdered human rights defender the state protection.

Moreover, the practice of including members of the public in the disciplinary committees should be introduced as stipulated in the Disciplinary Statute of the National Police of Ukraine.

And the last thing to do today is to include the topic on securing the rights to peaceful assembly in the system of official training of the law enforcement officials. The systematic violations of the right to peaceful assembly by the police officials only confirm the misunderstandings of law enforcement officers of international standards in this area.

So, as we can see, the trends are very disappointing. Not only do law enforcement officers sabotage cases and do not effectively investigate attacks against activists, but they often also violate the laws and international standards. It becomes apparent that much remains to be done to ensure the protection of activists, first of all, to acknowledge the existing problem and to develop a system of legislative and systemic changes in the activities of law enforcement agencies that will help to effectively investigate and prevent activists from being attacked.

At present, civic activists cannot feel free and protected in their own country. Civil society has to keep under its own scrutiny the most high-profile cases in order to make the under-reformed law enforcement agencies do their job.