Reanimation package of reforms > News > Events > Adoption of the draft law №4521 will harm volunteering in Ukraine, – politicians and experts 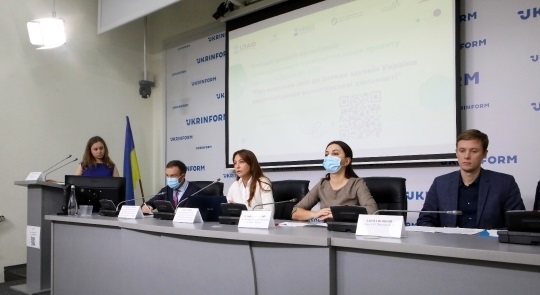 Adoption of the draft law №4521 will harm volunteering in Ukraine, – politicians and experts

Representatives of the public sector called on the MPs of Ukraine not to support the draft law № 4521 , which provides for a permit system of volunteering, considering it undemocratic. According to experts, the draft law provides for a change in the principle of involving foreign volunteers in the work from notification to permit.

Complicating the procedure for attracting foreign volunteers may jeopardize the pace of volunteering, which was set by NGOs after the Revolution of Dignity, explains the coordinator of the project “Initiative for Sectoral Support of Civil Society of Ukraine” of CEDEM Anna Isichko.

“The draft law seems to be aimed at preventing fictitious volunteering. In fact, this document has nothing to do with this purpose. And it contains provisions that are assigned by the Ministry of Social Policy, but not inherent in this body. The proposed changes will lead to the bureaucratization of all processes related to volunteering,” Isichko said.

She reminded that the draft law provides for a double check of foreigners and stateless persons who are already on the territory of Ukraine and wish to join volunteering, and the introduction of a mechanism to confirm the integrity of volunteering.

Draft law № 4521 is an attack on the volunteer movement in Ukraine, says Maksym Latsyba , head of the civil society development program at the Ukrainian Independent Center for Political Studies .

“Today, a public charity that attracts an international volunteer, it is enough to agree with him and notify the Ministry of Social Policy of its intention to cooperate with the organization to which this volunteer belongs. Now it is proposed to give it a permit. It will be necessary to collect a whole bunch of papers, and then wait a long time for the SSU, the National Police and the Ministry of Social Policy to give permission,” Latsyba said .

Tetyana Pechonchyk, Chair of the Board of the ZMINA Human Rights Center, pointed out that draft law № 4521 had been submitted to the Parliament by the Cabinet of Ministers.

“It is noted that the developer of the draft law is the Ministry of Social Policy, but we believe that its ultimate beneficiaries are the State Migration Service and the SSU – the two most, in our opinion, unreformed state institutions,” said Pechonchik.

She added that in most countries where there is a legal regulation of volunteering, foreign volunteers are treated in the same legal way as citizen volunteers.

And Vostok-SOS lawyer Daniil Popkov predicts that if this draft law will be passed, his organization will no longer be able to attract foreign volunteers.

“We will simply not be able to submit so many documents, to justify why this person has the right to help us carry out our statutory activities. And during the existence of our organization since 2014, we have involved dozens of volunteers who helped us overcome the consequences of Russian armed aggression, to document the facts of human rights violations. These people usually came at their own expense or provided such support by the European Union. And the state, unfortunately, did not promote volunteer activity in any way,” Popkov speaks.

In general, MP Roman Lozynsky called the draft law on volunteering “harmful” , believing that it should be rewritten, not amended.

“Looking at the norms and arguments of this draft law it is clear that it cannot be corrected by amendments to the second reading, it really needs to be rewritten at the level of conceptual norms, and not at the level of some technical amendments. It is harmful,” Lozynsky stressed.