Reanimation package of reforms > News > Uncategorized > According o the most recent opinion poll, one in five ukrainians believes that the authorities can violate the Constitution 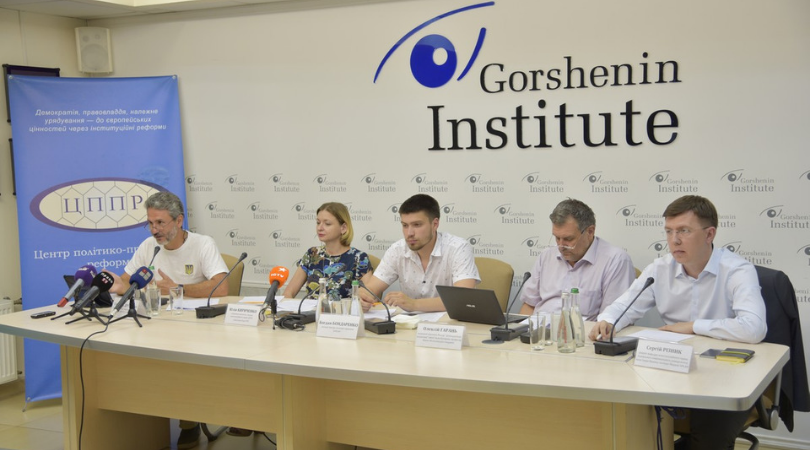 According o the most recent opinion poll, one in five ukrainians believes that the authorities can violate the Constitution

Almost one in five Ukrainians (18.5%) believes that the authorities may violate the Constitution if, at their discretion, a certain provision of the Basic Law does not meet the interests of society. This is evidenced by an opinion poll conducted by the Ilko Kucheriv Democratic Initiatives Foundation in cooperation with the sociological service of the Razumkov Centre. In 2015, a mere one in ten citizens (11%) considered it permissible for the authorities to violate the Basic Law.

“The Constitution is the only document that protects us from the arbitrariness of the authorities. However, in Ukraine, we can observe an increase in the number of people who consider it permissible for the authorities to violate the Constitution under certain conditions,” said co-chair of the RPR Coalition Board Yuliia Kyrychenko during the presentation of the results of a sociological study on June 26 at the Horshenin Institute. The number of people who consider violations of the Constitution to be inadmissible under any conditions has decreased by 14%: in 2015, 73.5% of Ukrainians supported this idea, while in 2019, the percentage dropped to 59.8%.

Almost half of the citizens (47%) has never read the Constitution of Ukraine, and every tenth (9.6%) citizen has read about the Basic Law only in the media, – emphasize the experts.

“There is nothing disastrous in the fact that some Ukrainians have read the Constitution only partially (31.6%), because often people are only interested in certain provisions of the Basic Law,” says Oleksii Haran, research manager of the Ilko Kucheriv Democratic Initiatives Foundation. Interestingly enough, only a little more than 2% of Ukrainians trust the Constitutional Court, 21% mostly trust it, while almost 23% do not trust the CCU.

“In Ukraine, there is currently no balance in the form of an influential Constitutional Court which would fend off the consolidated power (if the ruling political party receives overall majority in the Parliament),” said Hennadii Druzenko, an expert in constitutional and European law. Read the poll results via link.