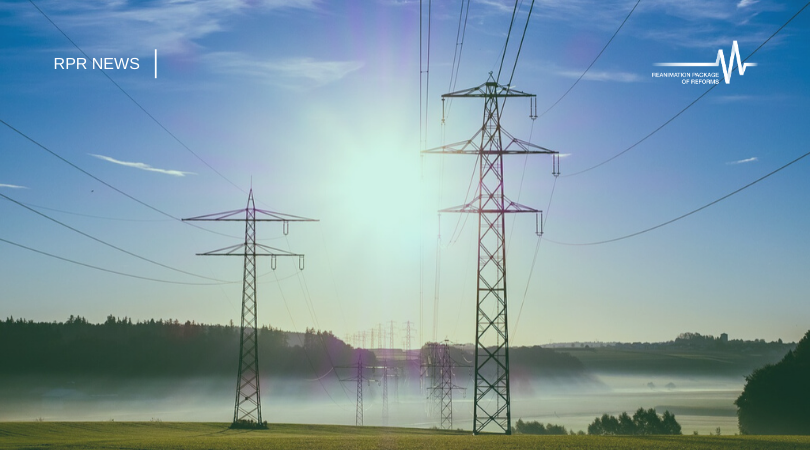 How do monopolies affect the Ukrainian energy market? What can Ukrainians expect from the launch of the gas market? How to effectively transform the coal sector? These and other issues were discussed by participants of the online event “Regional Discussion of Reforms: Energy Sector“, organized by the Reanimation Package of Reforms Coalition on July 7.

The idea of ​​merging the Ministries of Energy and Environment into a single Ministry of Energy and Environment in 2019 was not new in European practice. After all, environmental (climate) and energy issues are closely linked. However, the proper unification of these ministries takes time, which was not the case with the “turbo regime”. Anna Ackermann, a Member of the Board of the Center for Environmental Initiatives Ecoaction and co-author of the draft sectoral brief “Energy“, stated this during the document’s presentation.

“Environmental problems are a challenge of our time. We see ‘green’ parties gaining more and more support in elections in EU countries,” Ackermann said.

The EU has set itself the goal of achieving carbon neutrality by 2050. In Ukraine, the previous Ministry of Energy presented the concept of a “green” energy transition until 2050. But this document is still under discussion, the expert said.

Is the energy sector a patrimony of monopolies?

In the Ukraine energy sector, there is a significant problem with oligarchic monopolies, which delays the adoption of bills unfavorable to them. This was stated by Oleksandr Marikovskyi, Deputy Chairman of the Verkhovna Rada Committee on Environmental Policy and Nature Management.

“The presence of monopolies does not stimulate the market and does not form an effective tariff,” – the MPsaid adding that the proposal to allow Russian gas on the Ukrainian market is aimed at demonopolizing the domestic market.

But the renewable energy sector is a unique diversified market, says Oleksandra Humeniuk, director of the European-Ukrainian Energy Agency.

“30% of this market is occupied by small businesses, 30% – by foreign investors, 30% – by oligarchic enterprises, and another 10% – by private households,” the expert said.

The state coal sector is entirely dependent on subsidies, says Kostiantyn Krynytskyi, head of the energy department of Ecodia.

He proposed three steps for the effective transformation of the coal sector:

Victoria Hryb, a member of the Verkhovna Rada Committee on Energy, Housing and Utilities Services, said the main problem in the transformation of the coal industry was the state’s lack of understanding of how much coal should be used in the short and long term.

What awaits Ukrainians after the opening of the gas market?

The opening of the gas market to the population, which was postponed from May to August, is not only Ukraine’s responsibility for its obligations to the EU but also allow Ukrainians to get a competitive price for gas finally. Olena Pavlenko, President of the DiXi Group think tank and co-author of the sectoral brief, draws attention to this.

It is no longer possible to delay the launch of the gas market for the population.

“But first we need to make sure that all the rules of this market are well written. To avoid the problems that arose during the opening of the electricity market,” the expert warns.

The regulator in the gas market must be independent and not belong to the executive branch. And this requires amendments to the Constitution, Pavlenko sums up.

Offers for consumers will depend on the synchronization of rules and procedures of the Ukrainian gas market with European ones, Tetyana Boyko, coordinator of housing and communal and energy programs of the Civil Network OPORA, points out.

“Currently, independent suppliers are preparing their proposals for consumers, which will differ in terms of delivery, conditions, and services. In the future, these offers may vary in price. And the quality of offers will depend on the number of suppliers,” the expert explains, adding that now there are favorable conditions for this, such as a record low gas price.

“Green” energy: what to do with the eco-tax?

Now Ukraine experiencing the worst energy crisis in the last 20 years, Victoria Hryb convinced. To prevent the crisis from deepening, she called on Parliament to pass a “green” energy draft law in the second reading as soon as possible. Her other proposal was to cover the state’s obligations to “green” investors through an eco-tax.

“Green energy is now being turned into a ‘horror story’ for the population: it is said that electricity prices are rising because of it,” Hryb says.

In turn, Oleksandr Marikovskyi called the tax in its current form ineffective, because this tax is invisible for many companies.

“This tax should be a motivator for the transition to renewable energy,” – the MP said .

The public in the regions and local governments propose to leave the eco-tax on the ground for the implementation of local environmental programs, says the position of the regions Tatiana Zhavzharova, head of the NGO Ecosense (Zaporizhzhia).

The eco-tax should not be the compensation to RES producers. It should be directed to all environmental measures and suggested the Expert Council’s representative at the Ministry of Energy Svitlana Hrynchuk.

Another important aspect is the synchronization of the Ukrainian energy sector with the requirements of the European Union. The draft law “On Energy Efficiency”, which implements EU Directive 2012/27, the Ministry of Energy has finalized and sent it to the European Commission and the Secretariat of the Energy Community to verify compliance with EU requirements Deputy Energy Minister for European Integration Yaroslav Demchenkov said.

“The priority for the Ministry of Energy is a strategic partnership with the EU in the field of energy, which will be aimed at continuing reforms in the energy sector to strengthen energy security, further development of the sector while minimizing negative environmental impact and integration of Ukraine’s energy markets,” Deputy Minister explains.

In the field of energy, the European Union is playing long, while Ukraine is playing short: our country still lacks stable policies and rules. Oleksiy Khabatyuk, Deputy Director of the Energy Efficiency Department, Naftogaz of Ukraine, draws attention to this.

The EU even plans to impose sanctions on imports of products from other countries, for the manufacture of which a certain percentage of carbon energy is used, says Khabatyuk.

What awaits the oil sector?

The leading role of the oil segment will remain at least until 2040. Hennadii Riabtsev, a member of the Expert Council under the Ministry of Energy, spoke about this.

He called three critical areas in the oil industry:

But progress has been made only in the area of ​​production simplification.

“Fuel quality assurance is not on the agenda at all. We also see inefficient spending of international aid to create reserves of oil and petroleum products,” the expert concludes.

Key recommendations for the authorities on priority actions for 2020-2021, set out in sectoral brief:

3. Cancellation of government grants and subsidies:

Read also: “Regional Discussion of Reforms: On the Road to Vilnius” on the topic of public administration reform organized by the RPR Coalition on June 25.