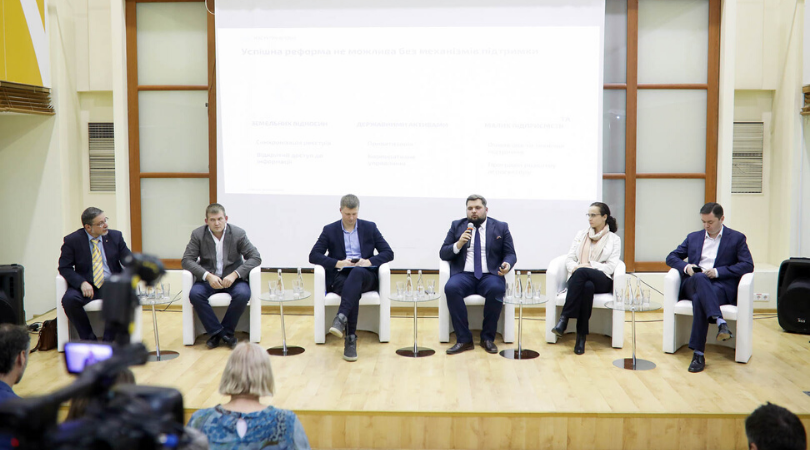 Politicians, experts and businesspeople have predicted the price of land after the land market opens.

$ 1,800 to $ 1,900 per 1 ha – this is the version offered by the Advisor to the Prime Minister of Ukraine for Economic Affairs Oleksii Mushak.

$ 4,900 per 1 ha is a fair price now, but we are not sure that it will stay at this level after the market launches, said EasyBusiness project manager Dmytro Lyvch.

$ 3,000 to $ 3,500 per 1 ha is predicted by Alex Lissitsa, President of the Ukrainian Agribusiness Club Association.

Opening of the Ukrainian agricultural land market will lead to economic growth, and the state will benefit the most from the liberal market model. This was discussed by the participants of the Forum “LIFE AFTER: Key Aspects of Launching the Land Market in Ukraine” on October 30.

“When the land market opens, the price per hectare will amount to an average of $ 1,800 to $ 1,900 and tax revenues to the budget will reach 5 billion UAH annually. And this is excluding land sales taxes, which will amount to another 5 – 6 billion UAH annually,” said the Advisor to the Prime Minister of Ukraine for Economic Affairs, Oleksii Mushak. At the same time, hryvnia exchange rate will stabilize and currency risks will decrease. According to Mushak, now land is not generating any income, and therefore cannot be a national wealth, as enshrined in the Constitution. “Medium” farmers are interested in the land market opening solely to individuals, because they cultivate 10-30 thousand hectares and benefit from market restrictions. A completely free market will benefit ordinary citizens who will receive the maximum price for their land. However, at the level of Amalgamated Territorial Communities (ATCs), restrictions should be put in place to prevent monopolies and to strengthen the Antitrust Committee and the transparency of ownership structure.

The Advisor to the Prime Minister outlined 3 key components for the future land market:

The fair land price in Ukraine (risk/return ratio) is $ 4,900 per 1 ha, says EasyBusiness project manager Dmytro Lyvch. However, this does not guarantee the same price when the market is launched because everything depends on the restrictions imposed by the Government.

“Launching the most liberal market model will bring Ukraine $ 85 billion over the next 10 years. But under the model proposed by the Government, this figure will be lower,” says Lyvch. This also means a debate about protecting property rights – as many as 7 million Ukrainians are still unable to dispose of their land.

The most liberal market model is needed as a safeguard against the land reform profanity, since such a model will set the maximum price for the land and its lease. “The authorities should keep in mind that launching the land market with restrictions will cause the same level of protests as the liberal model, but will have a much smaller economic effect,” said Voice faction MP Yuliia Klymenko. The model proposed by the Government will lead to the 1990s privatization: local oligarchs will buy up all the land and after a while sell it to foreigners. This scenario is predicted by the MP. The draft law which bans land procurement by 2024 foreigners other than those who are already cultivating it will be submitted to the Verkhovna Rada. There are now 50,000 people in Ukraine who are farmers and owners of agricultural companies, as well as 7 million purely Ukrainian landowners. This was reported by MP from the Servant of the People faction Marian Zablotskyi, who also told about the desire of lessees to buy land as cheap as possible and at the same time to have fewer competitors. At the same time, state-owned lands should be disposed of exclusively by the ATCs rather than by city officials. “We must finally lift the ban imposed by the Bolsheviks in 1918 on the sale of land,” summarized Zablotskyi.

Until now, Ukraine has been ignoring the ECtHR ruling, which recognized a moratorium on the sale of land as a human rights violation, stresses Council of Europe expert Anatolii Miroshnychenko. The lifting of the moratorium alone cannot be regarded as the enforcement of the ECtHR ruling. According to him, restrictions on the sale or purchase of land are also a violation of the right to dispose of property. “Ukraine wants to join the European Union and that is why it strangely correlates with the desire of Ukrainians to restrict the free movement of capital (land sales to foreigners), as this is one of the fundamental principles of the EU,” stressed Miroshnychenko. Any restrictions on the land market are harmful: instead of “white” investors we may get those who will find ways to avoid all safeguards. Foreign investors have been interested in buying Ukrainian lands since our country gained independence. Diligent Capital Partners co-managing partner Dan Pasko has identified 3 facts from the modern history that have influenced the inflow of foreign capital: re-privatization of Kryvorizhstal, allowing foreign banks to operate in Ukraine, and abolishing visas for EU citizens. Just like with Kryvorizhstal and the admission of foreign banks, allowing foreigners to buy land will attract significant investment to Ukraine, so “by 2024, when foreigners are finally allowed to buy land, one of the Ukrainian entrepreneurs might make a superprofit,” says Pasko. The growth of the Ukrainian economy is impossible without foreign investment, agrees the CEO of Agro-Region Kateryna Rybachenko. However, it is not the land market that is a cure-all solution for foreign direct investment, but the rule of law. This is how investors will be able to protect their property. When the land market is launched, the cost of 1 hectare will be $ 3,000 – $ 3,500, says the President of the Ukrainian Agribusiness Club Association Alex Lissitsa.

In the 1990s, 7 million land shares that owners would cultivate were created to form a farmer class. But as a result, Ukraine was importing wheat for some time, he recalled. The land share system also caused some inconvenience, such as ownership confusion: in one village council, 70% of the land was distributed among share holders on an exchange basis. Nobody knows what to do with the roads around the land shares which occupy a large area and are not registered anywhere. In any case, the sale of land should be allowed, because the land market already exists de facto – in the form of a 49-year lease, notes Lissitsa: “We have been safeguarding the gas transportation system for 25 years, but now nobody needs it. This may be the case with a land sale ban.”

Lifting of the moratorium on the sale of land was also supported by the farmer, director of the company Sontsesvit Andrii Voitko, because a person shall have the right to dispose of their property. And the landowner is not obliged to sell the land when the market is launched, since it can be leased. Moreover, “restrictions on the land market will do nothing, because there are many schemes to avoid them.” Foreigners are still entering the Ukrainian land market through companies registered here, so the restrictions proposed by the Government are meaningless. “The land share owners are only concerned about the price they will be offered for their land. And it doesn’t matter whether these are Ukrainians or foreigners,” said SigmaBleyzer Investment Fund Vice President Vladyslava Mahaletska. The shadow land market is well familiar to Ukrainians: people officially sign contracts at a reduced price to pay less tax and pay the remaining part unofficially. And because of the lack of a legal market, land share owners lose UAH 14 – 19 thousand on rent annually. “Due to the Government’s market model, the projected GDP growth of 7% will not happen. At best, the current 3% will remain,” says Mahaletska.

The cost of land may vary, the main challenge now is to reach the final agreement on the model and finally get rid of the Soviet legacy. Read about 4 major market models here. 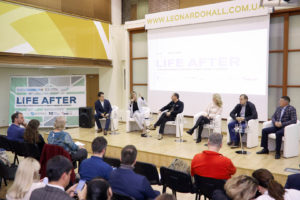 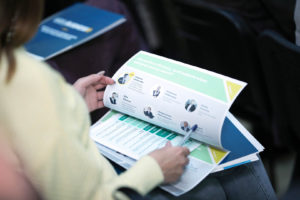 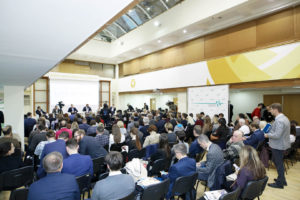 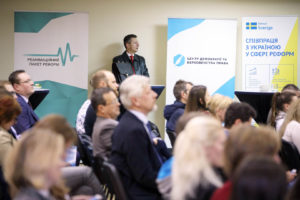 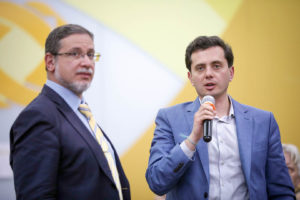 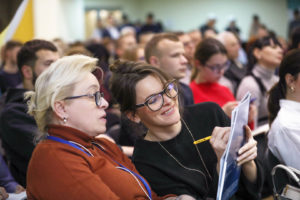 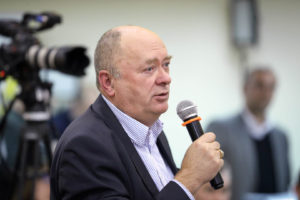 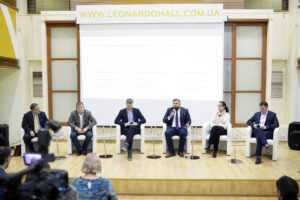 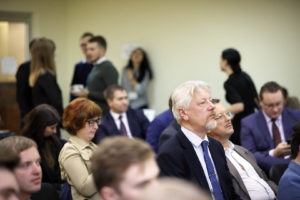 The forum was organized by EasyBusiness as part of the project “Advocacy for Land Reform and the Creation of a Free Land Market in Ukraine by Changing Public Opinion and Increasing Political Will” funded by the Ministry of Foreign Affairs of the Netherlands. Support for the organization and implementation was provided by the RPR Coalition within the institution building program of the Centre for Democracy and Rule of Law, with the financial support of Sweden.