Reanimation package of reforms > News > Statements > Having no right to wiretap independently, the NABU cannot gather the evidence of illicit enrichment of e-declarants 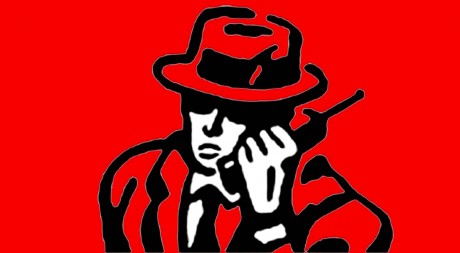 Having no right to wiretap independently, the NABU cannot gather the evidence of illicit enrichment of e-declarants

The Verkhovna Rada should unblock consideration of the draft law No. 4812 and empower the NABU to wiretap independently by the winter holidays.

The Reanimation Package of Reforms calls on Andriy Parubiy, the Speaker of the Verkhovna Rada, as well as the heads of the parliamentary factions to consider the draft law No. 4812 on wiretapping for the Anticorruption Bureau within the ongoing session week.

Right now, parliamentary consideration of this draft is suspended without any reason.

The draft law empowering the National Anticorruption Bureau of Ukraine to intercept the communication channels on the basis of the court ruling and in line with the international practice was registered six months ago, endorsed by the subject committee, and later put on the agenda of the Verkhovna Rada for the autumn session.

Over the past five months, the draft law authored by the MPs of four major parliamentary factions has not been put to the vote even once.

Independence of new anticorruption agencies, in particular NABU investigation, is critically important for the international partners of Ukraine. The latest memorandum between Ukraine and the International Monetary Fund includes the commitment of Ukraine to empower the NABU to independently use a wide range of investigative techniques, including interception of communications, by the end of November 2016.

Granting powers of independent wiretapping to the NABU by the end of the ongoing parliamentary session will mean that Ukraine is consistently moving forward in part of ensuring sustainability of the outcomes of the anticorruption reform, achieved due to the full implementation of the EU-Ukraine visa liberalization action plan.

The results of the successful campaign of e-declaration of top officials’ assets directly depend on the ability of the law enforcement bodies to effectively investigate the cases of illicit enrichment and fraud in the declarations. The lack of resources should not block such investigations conducted by the NABU. Being empowered to wiretap independently, the NABU will be able to use this type of undercover investigation to gather key evidence of illicit enrichment of public officials, as well as investigate other acts of corruption in the public agencies, including the Security Service of Ukraine, the National Police, and the Prosecutor General’s Office.

At the same time, if the NABU is empowered to wiretap, it will not result in abuse of its powers, as it can be done only on the basis of the court ruling and can be monitored by other law enforcement agencies.

We call on the Verkhovna Rada to unblock consideration of the draft law No. 4812 on wiretapping for the NABU and without further delay put it to the vote within the ongoing session week.