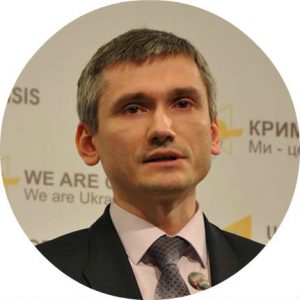 ISSUES TO BE RESOLVED BY THE REFORM
According to public opinion polls (GFK-Ukraine, Ilko Kucheriv Democratic Initiatives Foundation, Razumkov Centre), trust to judges reaches the critical 5–10%. It is lower than trust in the government, parliament, and any other public institution.
Such low level of trust is caused by several key problems.
Corruption that affected the judicial establishment and is convenient not only for judges but also for those whom this corruption allows to «solve» their problems in courts, especially the oligarchs. Unfortunately, covering each other’s backs in the system of justice prevents effective fight against this phenomenon.
Political dependence of judges grounded both in legislative mechanisms and in the system of informal practices. Judges are very sensitive to political components of cases. Many of them are used to this system and see their role as serving the interests of the political power and not protecting the human rights and reinforcing of the rule of law. The public does not have any effective leverages to influence the outcomes of work of qualification and disciplinary bodies. Public representatives are barely involved in the judicial proceedings as the jury, while the very institute of the jury is basically the same as the Soviet institute of people’s assessors which provided only for a token participation of the jury in the settlement of cases.
Inefficiency of work of the judges in terms of the correlation between human and financial resources and results of activity, which requires optimization of human and material resources, and simplification of the judicial system and procedures.Legal education is commercially oriented, still based on Soviet approaches to understanding the law, focused on learning the legislation and reproducing the knowledge of it, which is reflected in the court rulings.
Harmful informal influences in the system of justice are so widespread that it scares off the investors and thus impedes the economic development of Ukraine. The business environment in many cases does not believe that the passed judgments are fair. Commercial disputes are settled in Ukraine by professional judges, while in many European countries it is done by the authoritative experts trusted by the business. Any reforms will be fruitless if the society does not have justice system capable of enforcing law and order. The existence of a fair and effective system of justice is a necessary precondition to safety, protection and economic growth.

GOAL I. SUBSTANTIAL RENEWAL OF THE JUDICIAL CORPS AND IMPROVEMENT OF JUDGES’ ACCOUNTABILITY

GOAL III. INTRODUCTION OF NEW TECHNOLOGIES FOR ORGANIZATION OF WORK OF JUDGES AND ADMINISTRATION OF JUSTICE

GOAL V. INTRODUCTION OF THE WORLD STANDARDS INTO LEGAL EDUCATION AND REGULATION OF LEGAL PROFESSIONS

GOAL VІІ. DIVERSIFICATION OF THE MECHANISM TO SOLVE COMMERCIAL DISPUTES

30.11.21 We call on the President not to appoint judges who have not passed the qualification assessment

27.09.21 How Zelensky will overcome the new “judge’s revolt” – an interview with Roman Kuybida

27.09.21 The RPR Coalition calls on the Council of Judges to unblock judicial reform

24.02.21 Statement of the RPR Coalition in support of the competitive selection of candidates for the position of the CCU judges and the Bill “On the Constitutional Procedure”