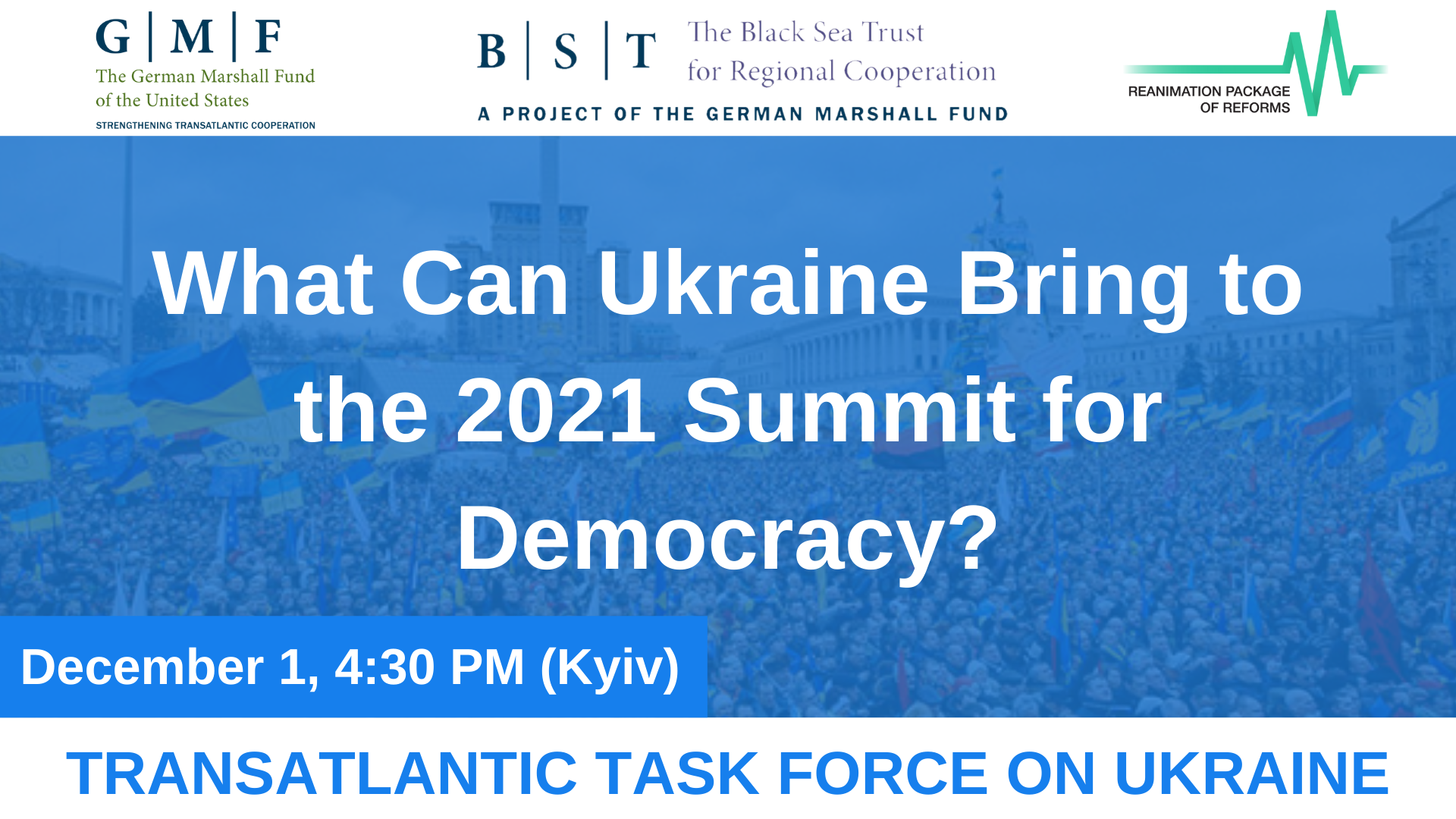 Reanimation package of reforms > Announcements > What Can Ukraine Bring to the 2021 Summit for Democracy?
25.11.2021

What Can Ukraine Bring to the 2021 Summit for Democracy?

On December 1, 4:30 PM by Kyiv, the Reanimation Package of Reforms Coalition and the German Marshall Fund of the United States will organize the Transatlantic Task Force on Ukraine (TTFU) special briefing on: “What Can Ukraine Bring to the 2021 Summit for Democracy?”.

We will be joined by leading experts to discuss steps that Ukraine should take to advance human rights and address corruption and threats posed by authoritarians.

Ukraine and the struggle of the Ukrainian people to advance democracy, security, prosperity, and Euroatlantic integration over the last three decades and in the face of internal and external challenges has received significant global attention and resources. Today, Ukraine remains on the cutting edge in defending its own democracy and strengthening it in the region—but that progress remains uneven and constantly tested. Russian aggression in Crimea, Donbas, and across Ukraine continues, and Ukrainians remain in an ongoing battle to restore their nation’s territorial integrity and build a strong, resilient democratic state.

The Summit for Democracy is an opportunity for Ukraine to take center stage, deepen its democracy commitments, and chart a path forward for a more secure future.