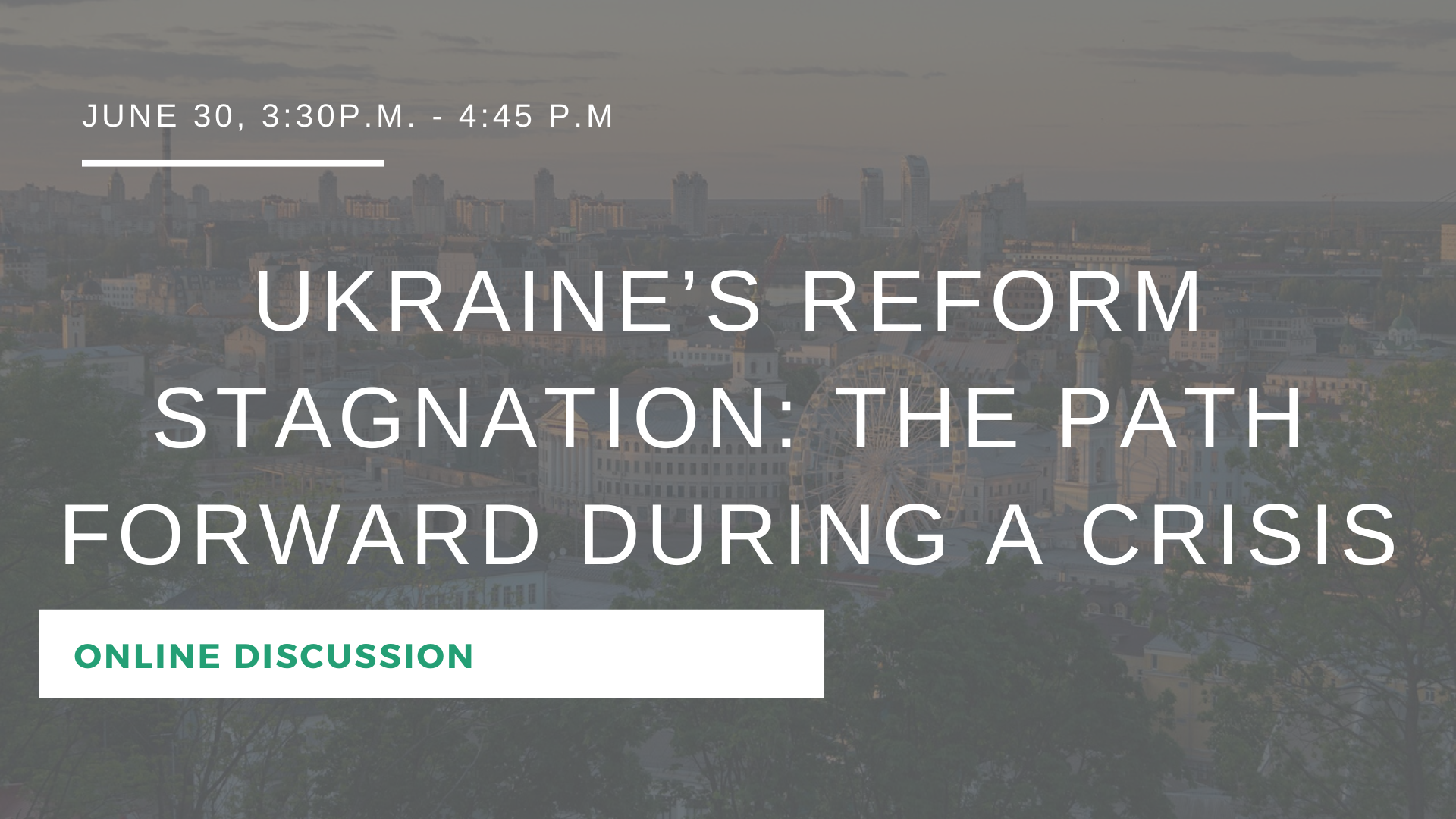 Ukraine’s Reform Stagnation: The Path Forward During a Crisis

The Reanimation Package of Reforms Coalition, the German Marshall Fund of the United States (Washington) and the Friends of Ukraine Network (Washington) will organize an online discussion “Ukraine’s Reform Stagnation: The Path Forward During a Crisis“.

Speakers of the discussion:

The Transatlantic Task Force on Ukraine (TTFU) for its 10th meeting will focus on President Zelenskyy and Ukraine’s democratic, rule of law and anti-corruption reform agenda. A year into President Zelenskyy’s presidency there are growing concerns in Ukraine and among Kyiv’s Transatlantic partners that Ukraine’s democratic reform progress is again stagnating, pro-Russian proxies and oligarchs are attempting to prevent Ukraine’s Euro-Atlantic integration from moving forward, and anti-corruption bodies and political opponents are being targeted, including Poroshenko, Sternenko, NABU, and its leadership. At the same time the coronavirus and its socio-economic and health challenges remain a serious challenge for the government and all Ukrainians.

Panelists joining us on June 30 will focus on Ukraine’s rule of law reforms, why they are stagnating and what needs to come next on the judicial, law enforcement, and anti-corruption reforms. They will also discuss other challenges, including politically motivated investigations, the troubling trend of attacks on civil society and increased pressure on the National Bank of Ukraine and its independence. How are these issues impacting Ukraine’s ultimate goal of Euro-Atlantic integration? Panelists will also address the newly signed IMF-Ukraine Stand-By Deal, its impact on Ukraine’s economy, and if it is a real or momentary catalyst for needed reforms. How has this agreement impacted Ukraine’s response to the coronavirus in economic terms? What is Zelenskyy’s reform agenda for the remainder of 2020? And should Ukraine’s partners be worried?

The Transatlantic Task Force on Ukraine was established in October 2018 by the German Marshall Fund of the United States, the U.S.-Ukraine Foundation’s Friends of Ukraine Network (FOUN) Democracy and Civil Society Task Force and Reanimation Package of Reforms (RPR) with support from several civil society organizations in Ukraine, including the Ukraine Crisis Media Center.