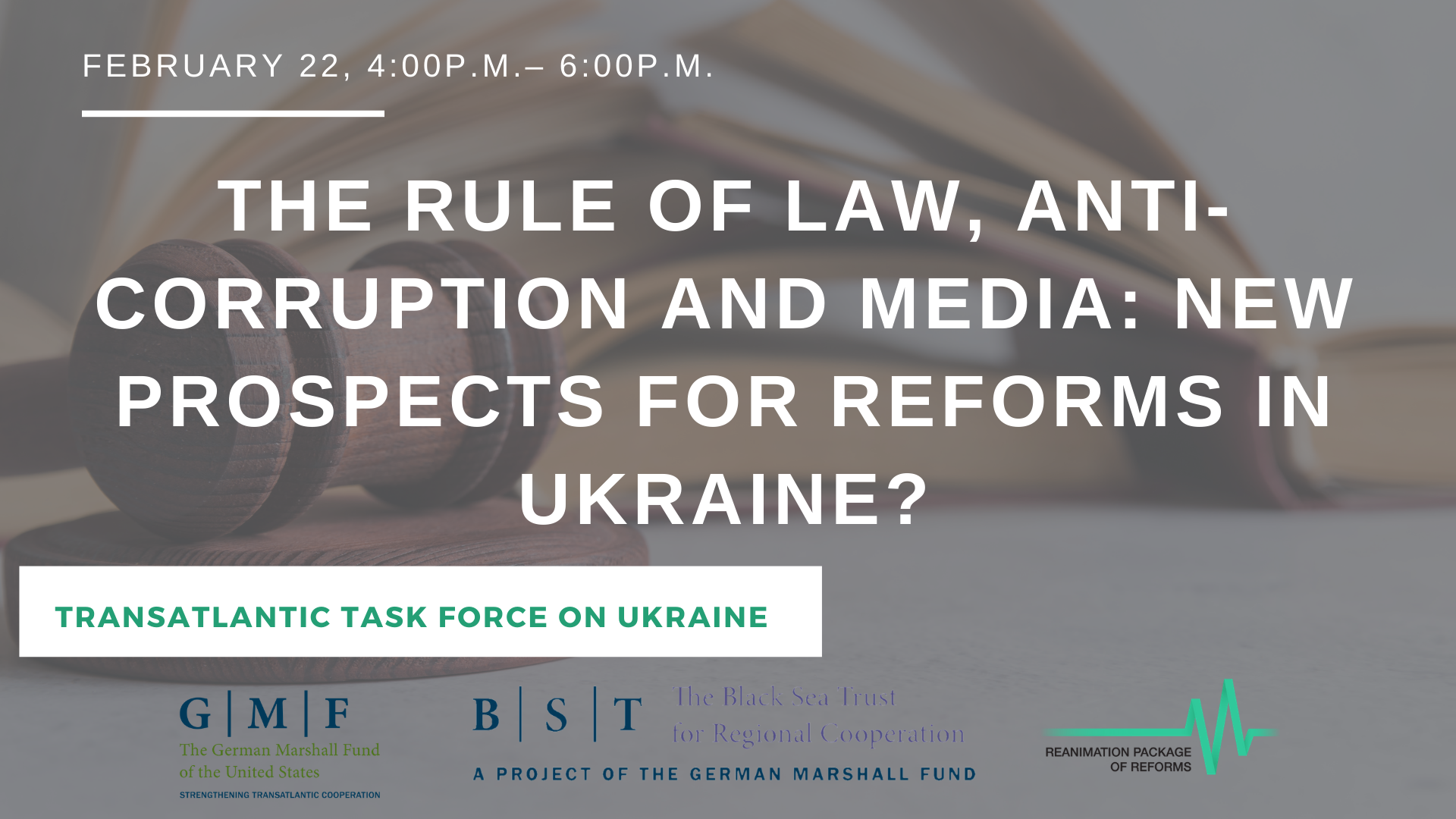 Reanimation package of reforms > Announcements > The rule of law, anti-corruption and media: New prospects for reforms in Ukraine?
17.02.2021

The rule of law, anti-corruption and media: New prospects for reforms in Ukraine?

The Reanimation Package of Reforms Coalition and the German Marshall Fund of the United States  will organize The Transatlantic Task Force on Ukraine (TTFU) special briefing on: “The rule of law, anti-corruption and media: New prospects for reforms in Ukraine?”.

While a new Administration in Washington opens the door to improved U.S-Ukraine relations and continued engagement, Kyiv still struggles to advance needed democratic reforms and the rule of law, combat corruption, and reform the media. Ukraine’s western partners, including US and EU, are likely to include these issues at the top of their agendas with Kyiv. The recent adoption by the Parliament of the Anti-Corruption Strategy for 2020-2024 in the first reading as well as the recent banning of pro-Moscow media were welcomed by civil society and most international partners. But will this momentum continue? What else needs to be done to advance Ukraine’s largely stalled democracy agenda and how can the new environment for transatlantic cooperation contribute and accelerate progress as Ukrainians marks 30 years of its independence?