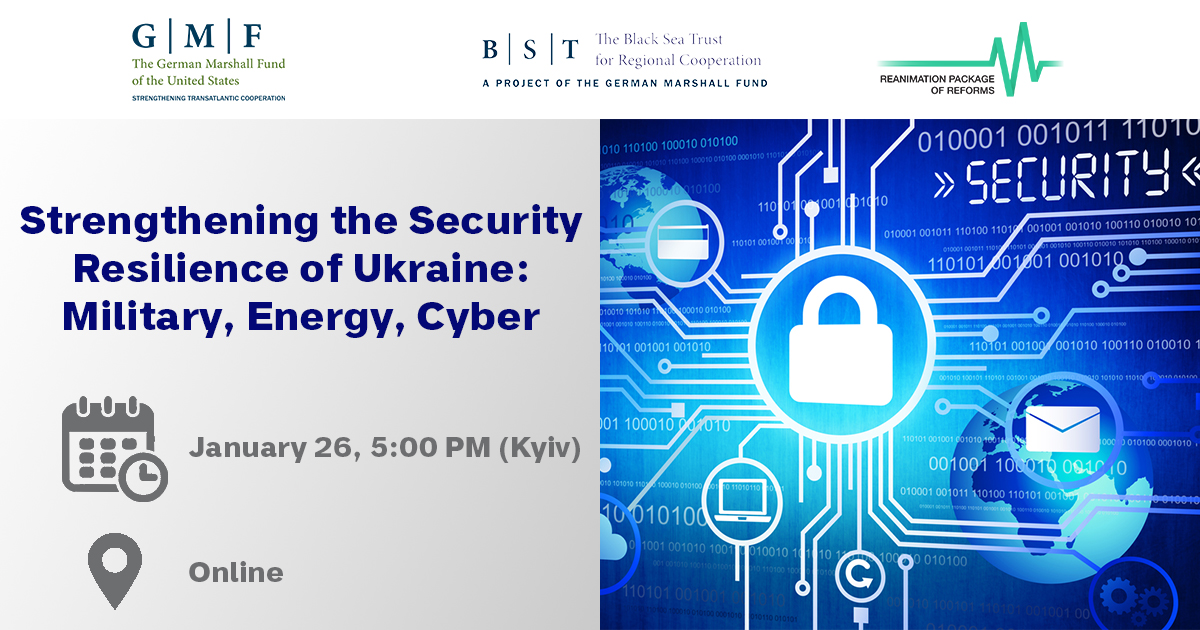 On January 26, at 5:00 PM by Kyiv, the Reanimation Package of Reforms Coalition and the German Marshall Fund of the United States will organize the Transatlantic Task Force on Ukraine (TTFU) special briefing on: «Strengthening the Security Resilience of Ukraine: Military, Energy, Cyber».

The recent cyber attack on Ukrainian institutions, Nord Stream 2, and confirmed reports of Russian saboteurs already in Ukraine point to continued subversive efforts to destabilize and harm Ukraine by the Kremlin. Russia actively uses every available weakness in the Ukrainian infrastructure and security system to achieve its geopolitical goals.

In response, Ukraine has introduced a National Resilience System that includes measures to enable the state and Ukrainian society to identify, prevent, and mitigate the impact of threats to national security, including critical infrastructure.