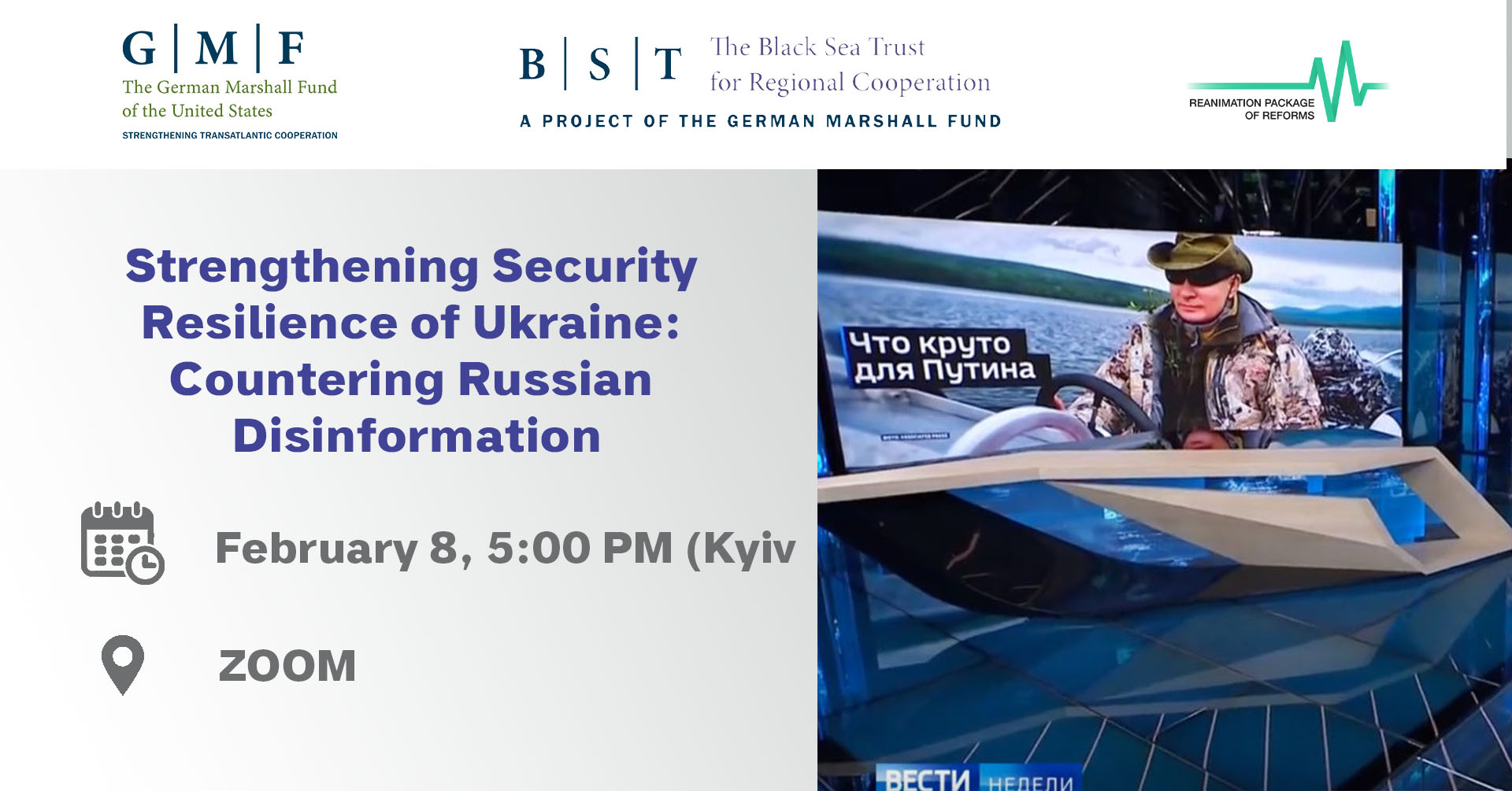 On February 8, at 5:00 PM by Kyiv, the Reanimation Package of Reforms Coalition and the German Marshall Fund of the United States will organize the Transatlantic Task Force on Ukraine (TTFU) special briefing on: «Strengthening Security Resilience of Ukraine: Countering Russian Disinformation».

Since 2014, Ukraine has been the target of an unrelenting disinformation campaign by the Russian government and its proxies. Now Kremlin propaganda is the tip of the spear to create conditions and fictitious justifications for a possible invasion of Ukraine — especially as Russia’s large-scale military buildup threatens Ukrainians.

What are the priorities of the Ukrainian government in terms of countering Russian propaganda? What measures are being taken by Ukrainian civil society and independent media to combat disinformation? How can Ukraine and its foreign partners in the United States, EU, and NATO, join forces against Russian disinformation?

These and other questions we will discuss during TTFU special briefing.