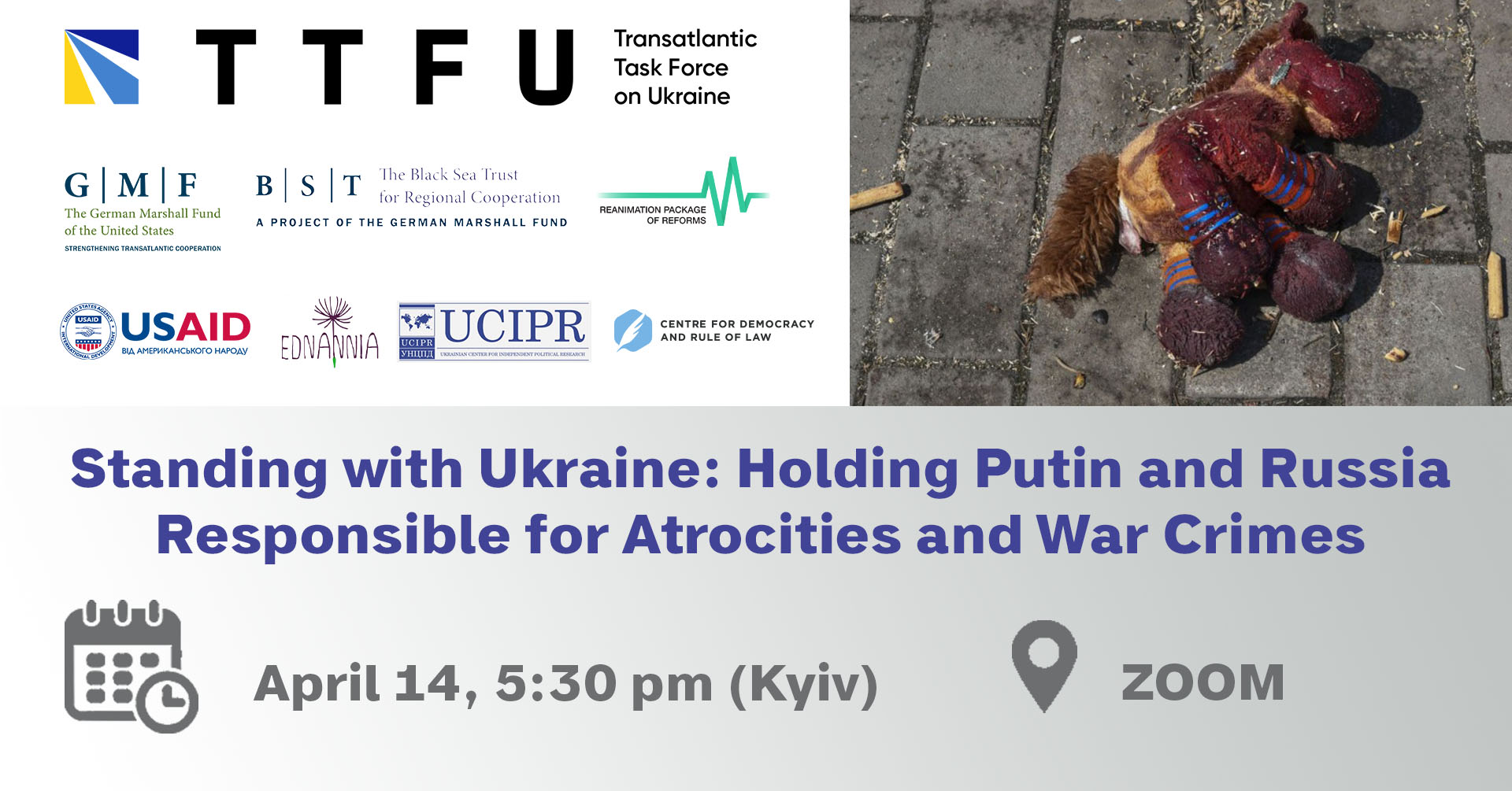 Standing with Ukraine: Holding Putin and Russia Responsible for Atrocities and War Crimes

ZOOM-discussion will be focused on war atrocities and human rights violations committed by the Russian military and government across Ukraine, including in the towns of Bucha, Irpin, Hostomel, and Borodyanka. We will discuss the following points with our speakers on Thursday:

The Transatlantic Task Force for Ukraine, established in October 2018 by the German Marshall Fund of the United States and Reanimation Package of Reforms Coalition with support from several civil society organizations in Ukraine. It is supported by the Black Sea Trust for Regional Cooperation, A Project of the German Marshall Fund of the United States. This event  is also supported by the Ukraine Civil Society Sectoral Support Activity implemented by ISAR Ednannia in partnership with the Ukrainian Center of Independent Political Research (UCIPR) and Centre for Democracy and Rule of Law (CEDEM) thanks to the generous support of the American people through The United States Agency for International Development (USAID).