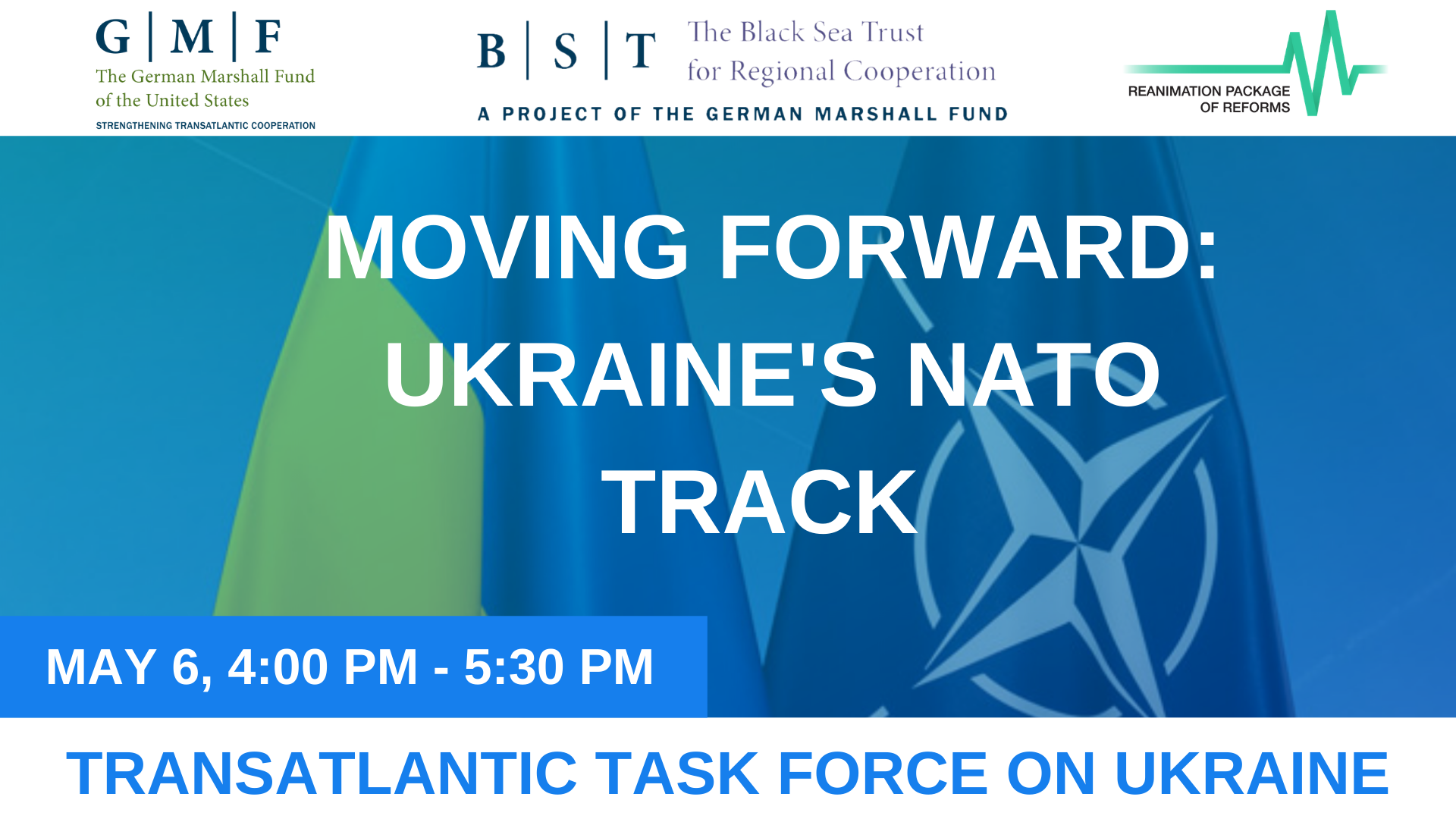 The Reanimation Package of Reforms Coalition and the German Marshall Fund of the United States will organize The Transatlantic Task Force on Ukraine (TTFU) special briefing on: “Moving Forward: Ukraine’s NATO Track”.

Despite progress, Ukraine has struggled to get a clear perspective and greater traction on its Euro-Atlantic path, including deeper NATO integration. Ukrainians still signal strong support for Euro-Atlantic integration and advancing and reaching goal is enshrined in Ukraine’s Constitution. As NATO keeps it door open to new members, recognizes Ukraine’s valued contributions and commitment to Euro-Atlantic security, and with Russia’s military buildup along Ukraine’s borders, in Crimea, Kremlin aggressive activities in Azov and Black Seas, President Zelenskyy recently called again for NATO to offer a Membership Action Plan as a formal step to joining NATO.

But why is Ukraine’s NATO integration still on a slower track and considered by some as long-term rather than short-term perspective? What steps need to be made by Kyiv and its transatlantic partners to see visible progress, included needed democratic reforms in Ukraine? What steps does Ukraine need to take to fulfill obligations and strengthen its relations with NATO partners?

Please note due to COVID19 this event will take place online in Washington, Kyiv and Brussels with participants joining from across Europe and North America. You can register by clicking this link.