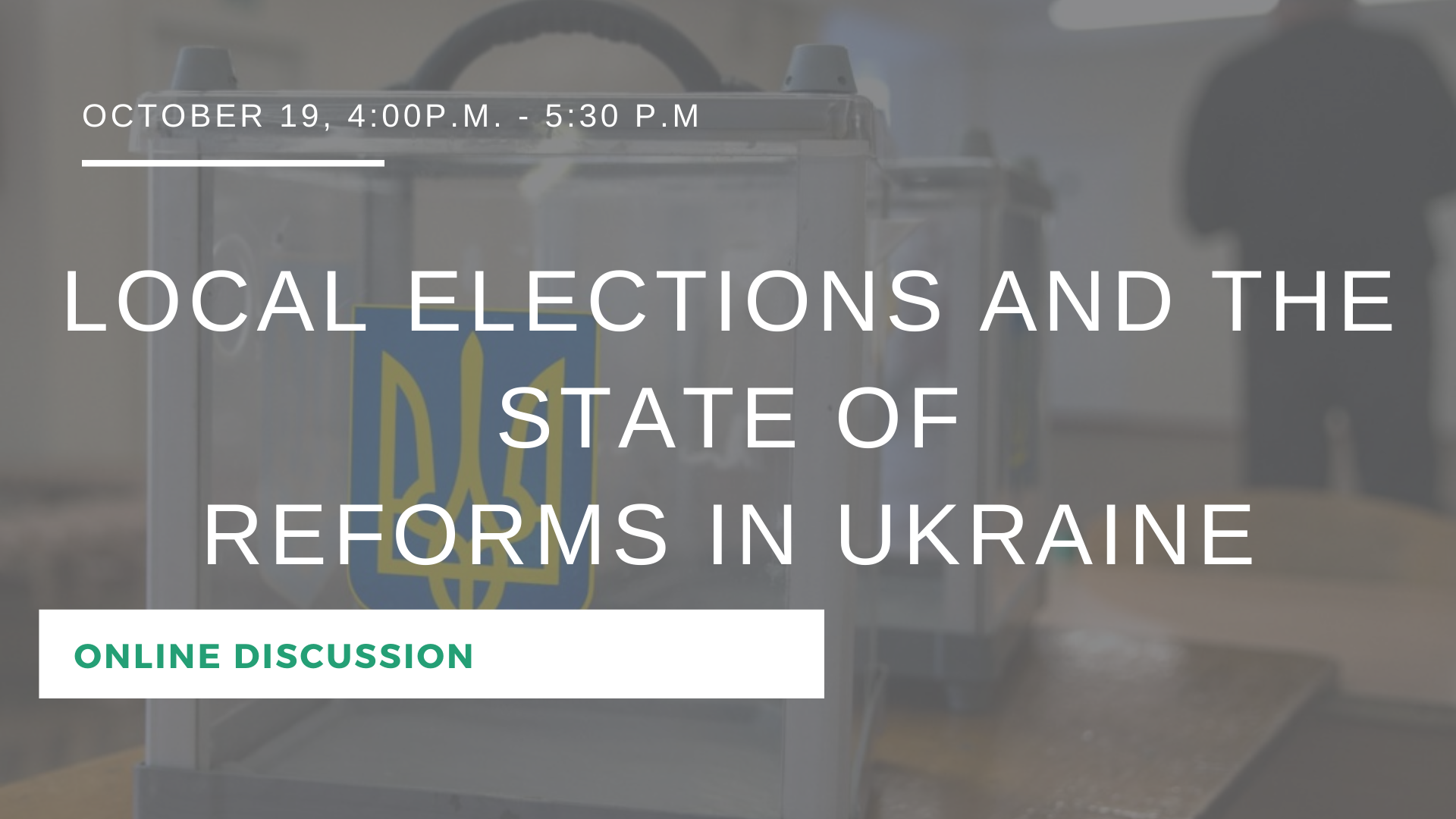 Reanimation package of reforms > Announcements > Local Elections and the State of Reforms in Ukraine
13.10.2020

Local Elections and the State of Reforms in Ukraine

The Reanimation Package of Reforms Coalition, the German Marshall Fund of the United States and the U.S.-Ukraine Foundation’s Friends of Ukraine Network Democracy and Civil Society Task Force will organize The Transatlantic Task Force on Ukraine (TTFU) special briefing on: “Local Elections and the State of Reforms in Ukraine”.

The discussion topics include the upcoming October 25 local elections, which will hold great significance for ongoing challenges to democratic, judicial and other key reforms. Experts will discuss the state of judicial reform and anticorruption efforts, including issues which have made headlines in recently with potentially dangerous hearings in the Constitutional Court creating confusion around the High Anti-Corruption Court of Ukraine. We will also discuss the modalities of the local elections, including the impacts of COVID19, oligarchs and Russia. Finally, the discussion will also focus on the outcome of the recent EU-Ukraine summit and how transatlantic partners can best support Ukraine’s at risk reform and integration progress.

The task force was established in October 2018 by the German Marshall Fund of the United States, the US-Ukraine Foundation’s Friends of Ukraine Network (FOUN) Democracy and Civil Society Task Force and Reanimation Package of Reforms (RPR) with support from several civil society organizations in Ukraine, including the Ukraine Crisis Media Center. The main focus of the task force is to provide a real-time platform for stronger U.S., European and Ukrainian engagement and information sharing among policymakers, opinion-makers and civil society organizations on political, economic and security issues affecting Ukraine, its democratic transition and engagement with Western partners. Given the state of global, regional and domestic challenges, including COVID19, facing the U.S., Europe and Ukraine the mission of TTFU is more important than ever to strengthen the transatlantic partnership with Ukraine and the region that continues to confront threats and hostile activities by Russian President Putin.