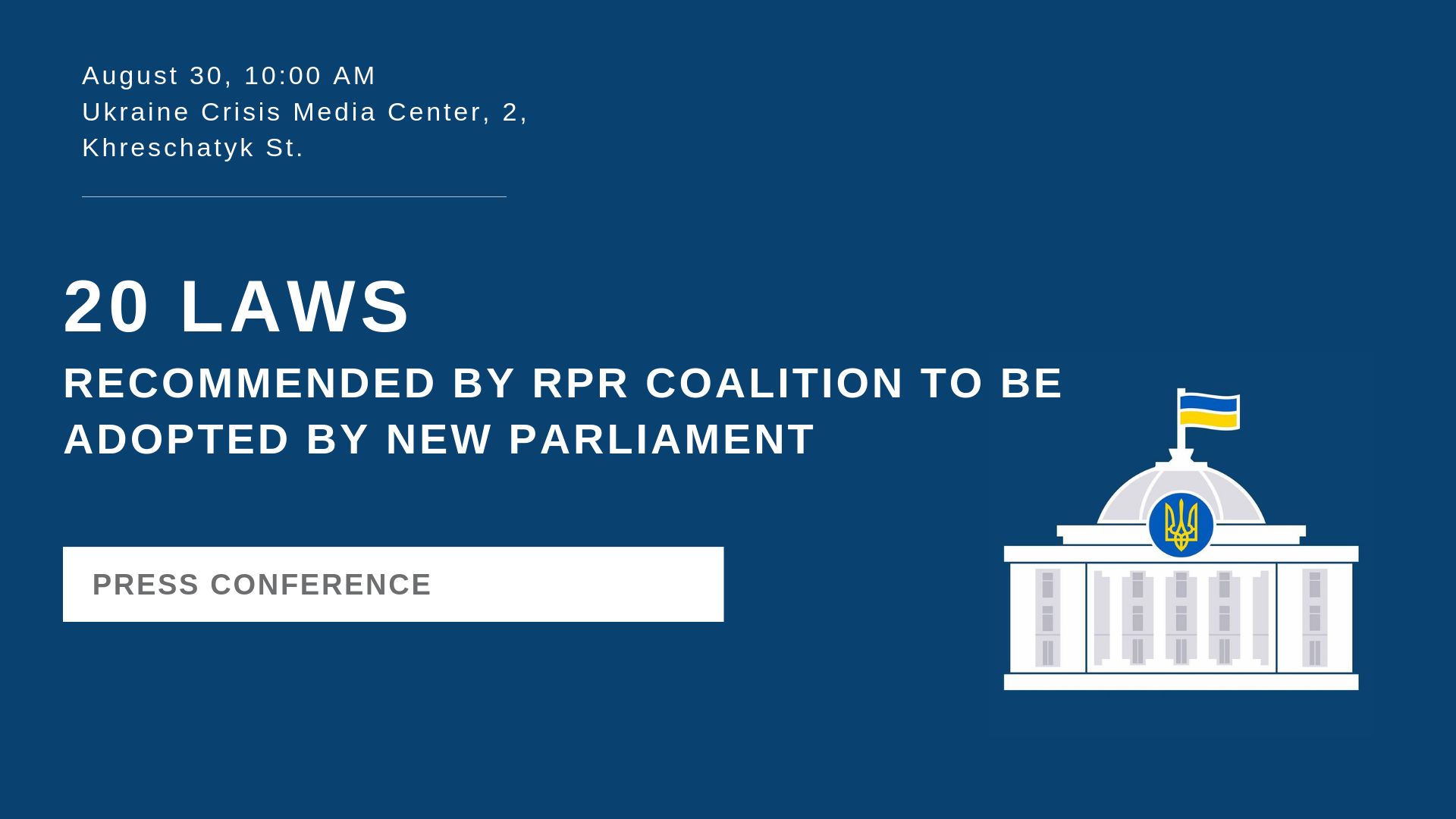 Reanimation package of reforms > Announcements > 20 Laws Recommended by RPR Coalition to Be Adopted by New Parliament
29.08.2019

On Friday, August 30, at 10:00 am at the Ukraine Crisis Media Center, Reanimation Package of Reforms Coalition will hold a press conference “20 Laws Recommended by the RPR Coalition to Be Adopted by the New Parliament”.

A day after the new convocations of the Verkhovna Rada kicks off, the RPR Coalition will present a list of priority draft laws that are proposed to be adopted by the end of 2019. The proposals relate to economics, public administration reform, decentralization, environmental protection and other public policy areas.

What? Press Conference “20 Laws Recommended by the RPR Coalition to Be Adopted by the New Parliament” .

Language of event: Ukrainian with simultaneous interpretation into English.

Press conference is conducted within the framework of the core support program to Centre for Democracy and Rule of Law, enabled by the financial support from Sweden.